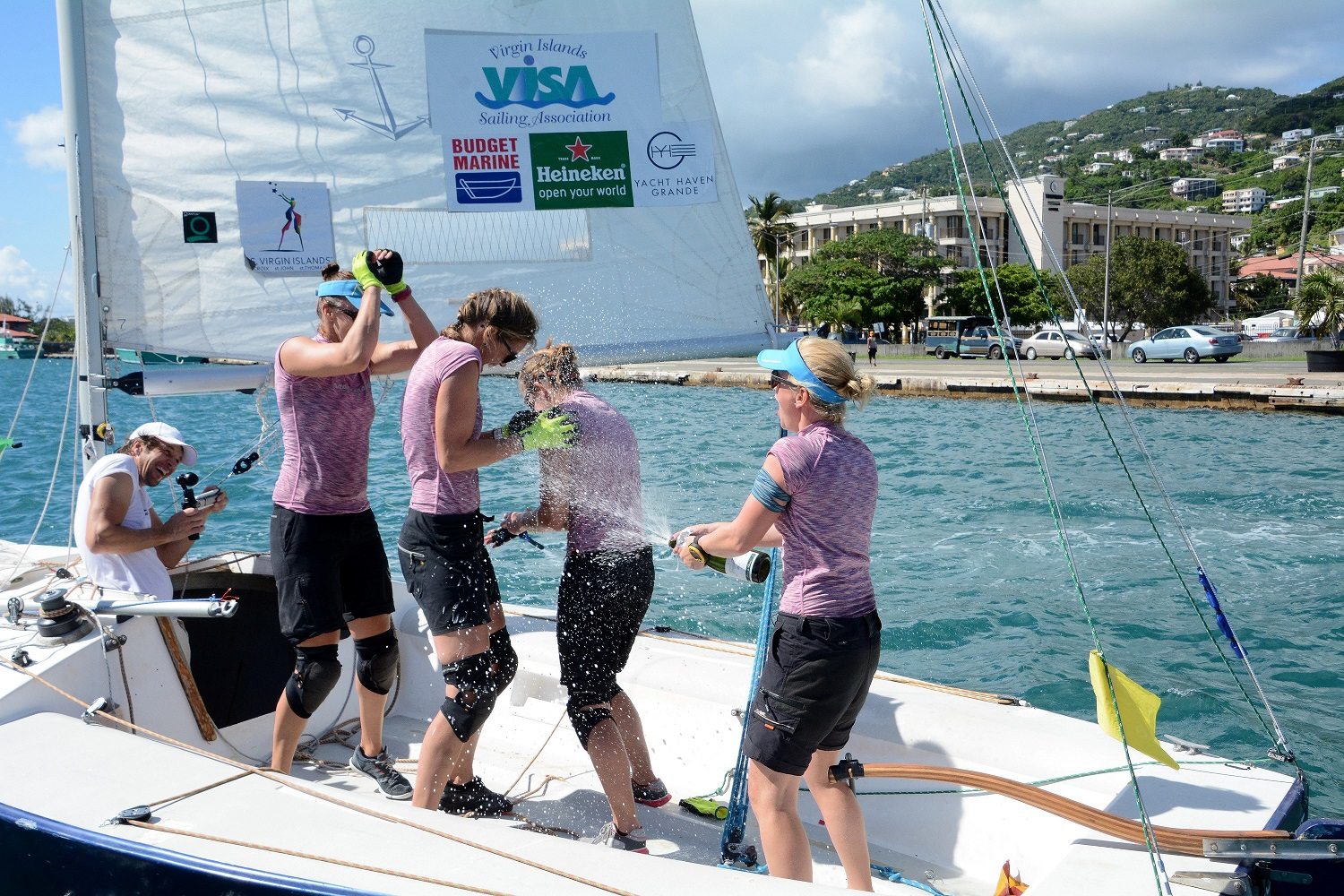 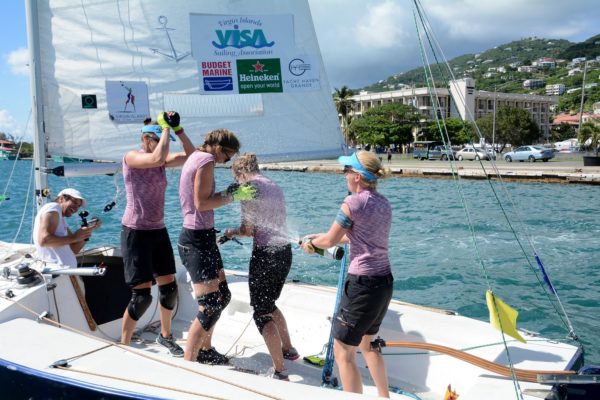 St. Thomas, U.S. Virgin Islands (May 9, 2018). Organizers of the Carlos Aguilar Match Race (CAMR), presented by the U.S. Virgin Islands Department of Tourism and set for November 29 – December 2, are pleased to announce that the CAMR will host the prestigious finale of the 2018 Women’s International Match Racing Series (WIM Series). The CAMR, known for displaying some of the world’s best international match racing talent in the scenic yet challenging waters of the Charlotte Amalie harbor, will once again host a dozen of the finest women’s match racers and WIM Series competitors from around the globe.

“It is a pleasure for the Carlos Aguilar Match Race to again host the female sailors competing in the WIM Series for a second year,” says CAMR organizer, Bill Canfield. “Despite extensive hurricane damage in 2017, our harbor remains one of the world’s premier venues for sailing and spectating. St. Thomas is coming back, and we are proud to show off the island and welcome sailors and visitors alike to this great regatta.”

Half a dozen teams, including those from New Zealand, France, Great Britain, and Ireland, have already requested invitations, according to regatta director, Verian Aguilar-Tuttle. One of these is 2016 champion, the Netherlands Renee Groeneveld.

“We are really looking forward to the event,” says Groeneveld, whose team finished second overall in the 2017 WIM Series. “St. Thomas and the Charlotte Amalie harbor are one of the most beautiful places we have ever sailed. It’s great racing just in front of the waterfront, where tactics can get challenging since it’s close to shore. We were pretty lucky with the conditions in 2016; since it was consistent and not too windy. This year, it will definitely will be a special event after the hurricane and because Annemieke (Bes) will be back on our team after sailing in the Volvo Ocean Race.”

Another team set to race in the WIM Series Finale at the CAMR is Team Anna, which finished the 2017 series fourth overall skippered by Sweden’s Anna Östling.

“We are super excited to come back to beautiful St Thomas to compete against the best women in the world. We are especially happy that the Carlos Aguilar Match Race is back in the WIM Series schedule after last year terrible storms. We are looking forward to meeting our friends on the island, to sweat in the heat on the race course, to do our very best and hopefully stand on top of the podium after the finals.”

Match racing is sailed in two identical boats around a short course, providing fast action close to the crowds on shore. The intense racing is just as exciting for the spectators as it is strategically, tactically and physically challenging for the competing crews.

The CAMR is a World Sailing (WS)-provisional Grade One event. The format will feature a full round robin of all teams followed by knockout quarterfinals for the top 8, then knockout semi-finals, petit-finals and finals. The event will be sailed in IC 24, a modification of J/24.

Namesake for the late Carlos Aguilar, who was an avid Virgin Islands’ sailor, the CAMR traditionally features highly ranked men’s and women’s match racing teams. Past winners of the Open Division in the CAMR reads like a Who’s Who of sailing: the USVI’s Taylor Canfield (2008, 2015), USVI’s Peter Holmberg (2009), Portugal’s Alvaro Marinho/Seth Sailing Team (2010), USA’s Sally Barkow (2011), Finland’s Staffan Lindberg (2012) and the USA’s Don Wilson (2013). Women’s Division winners are just as renowned: the USA’s Genny Tulloch triumphed in 2008 and 2010 and France’s Claire Leroy in 2009. In 2016, the first year the CAMR hosted the WIM Series, Groeneveld and her Dutch team won. The Virgin Islands Sailing Association (VISA) and St. Thomas Yacht Club (STYC) are the organizing authorities for the CAMR. Sponsors for the regatta include the US Virgin Islands Department of Tourism.

“The WIM Series is excited to come back for the second time to Carlos Aguilar Match Race,” says Anna Holmdahl White, WIM Series project manager. “St Thomas is a fantastic venue and the teams love the high-quality racing and the atmosphere around the event. It will be a great pleasure to be back on the turquoise waters of St. Thomas at the end of November.

The CAMR is known internationally for introducing young sailors to the sport, working cooperatively with the V.I. government and V.I. Department of Tourism in its efforts to get more of the island’s youth out on the water. As such the event hosts the CAMR Youth Regatta each year.