The True Danger of Cruising 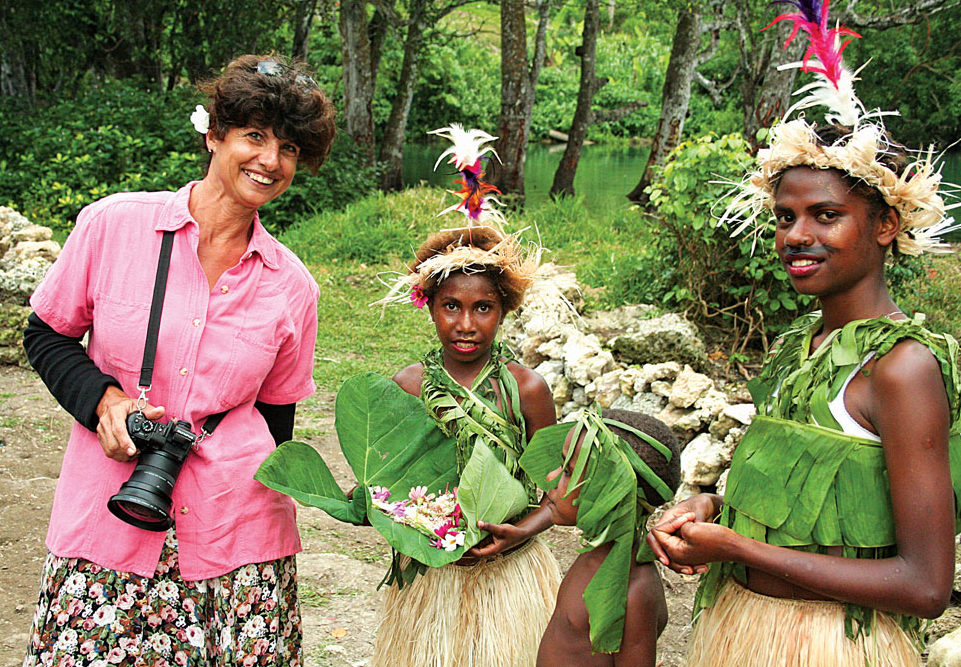 The vast majority of coastal Earthlings do not know where the Caribbean is—let alone St. Thomas, Sint Maarten, or Grenada. As we circumnavigate, we tell curious locals that we are from an island close to Bob Marley’s home—everyone in the Third World loves Brother Bob and knows where his Jamaican weed patch is located. I point this out because the Caribbean is its own homogeneous, fun-in-the-sun cruising microcosm—and hence, inward-looking. Once you get west of the Panama Canal, going foreign has a totally different meaning than island-hopping the Lesser Antilles.

Here’s how we handle cruising abroad after nearly four decades of doing so.

First off, we never forget we’re in a foreign country with different laws, rituals, religions, and social sensibilities. As an American, I have no difficulty ‘standing on my rights’ in any of the fifty States—but I’ve often found it a precarious perch while 15,000 ocean miles from my native Chicago.

Discretion is the better part of valor abroad.

The fact is—we are uninvited guests and we attempt to behave like it. The last thing we travel for is to tell the locals ‘how we do it back home.’ Instead, we travel to learn, not lecture. And a major part of learning is keeping your mouth shut.

Example: My wife Carolyn and I are devout Atheists. This doesn’t translate in many primitive societies. They just keep asking which god you believe in. Thus we never mention religion while traveling ashore and, if pressed, mumble something about being raised “within the Christian culture.”

We constantly remind ourselves while circumnavigating that the people we meet—even those living in mud huts—are just as smart as we are. Sure, they might have far less experience interacting with the rest of the world, less exposure to modern concepts, and far less education. But the tribal chief in Vanuatu, the plump farmer in Tonga, the respected headshrinker in Borneo, and the busy fisherman who supports his large family in Madagascar all rose to the top of their respective professions… while this humble marine scribe toils at the lower rungs (think income/food) of American society. 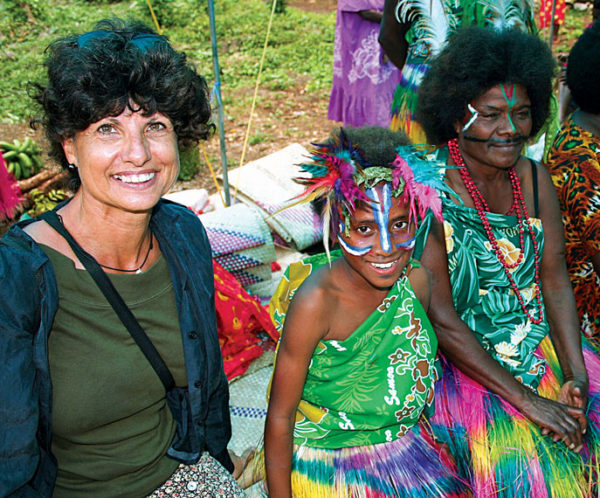 If you want to travel-as-lifestyle, pack your humility. Even better, leave your paranoia home. Karma is tricky—even dangerous. In Fort de France we met a grumpy Austrian sailor on a Bruce Roberts steel cutter who, perhaps, should have only plied familiar waters. He wasn’t having a good time in the Lesser Antilles. “It scares me being in a country where I don’t know the language,” he told us a number of times. “What happens if something strange occurs—you get hit with a ton of bricks—and end up separated from your boat in the hospital?”

He must have used this ‘ton of bricks’ reference to us a dozen times to us—which later made us blanch when we’d heard he’d been struck by a truck carrying cinder blocks near St. Anne’s.

Part of the problem in the Third World is money and its perception. Your average dockside lay-about in Hellville, Madagascar, sees no difference between Bill Gates and me in terms of income. To him, we are both fabulously wealthy. This is why we seldom talk dollars and cents while ashore in a village. Instead, we say things like, “Our home cost us three years of combined hard labor—how much time did it take for you to earn your house?”

Remember, individuals think their daily experience is reality—when it is only a tiny slice. This applies equally to the most sophisticated Parisian as it does to the most primitive Melanesian. Thus, when we were in Tanna, Vanuatu—where every home steam-cooks from the furnace of their volcano—and they learned that people in NYC didn’t have a free volcano to heat their food with, they immediately and graciously offered to cook the food on Tanna and send it to the less fortunate residents of the Big Apple. (No, their sense of geography or the economics of global shipping isn’t perfect—but that doesn’t stop them from being sweet.) 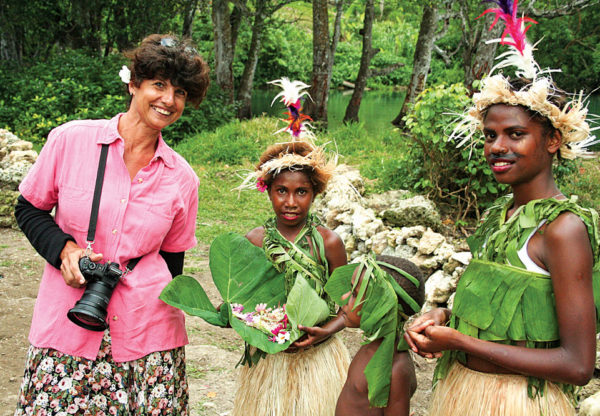 Each time we parted, the locals would look us sincerely in the eye and say, “I love you too much!”

Perhaps my wife Carolyn puts it best. “When I was young I wanted to surround myself with highly intelligent people—now I value kindness more.”

Integrity has no price tag.

Respect in foreign ports must be earned.

And we have to remind ourselves repeatedly that our culture blinkers us as much as theirs.

In Madagascar, we met a family who wanted used (not working) cassette tapes—so that they could dig up their dead relatives and decorate their bones (with bows; they couldn’t afford ribbons) to ensure their family’s continued good luck.

Strange? I dunno—they seemed relatively lucky to us.

On Tanna, status is a tad different from you’d expect. For instance, the ‘pig man’ is held in high esteem, like a combination banker and preacher. They are so primitive in parts of Vanuatu that the male hunters don’t wear clothes, just ‘nambas’(sheaths) covering their penis.

Now, you might think that this would leave little room for the imagination—but the local guys sort of ‘exaggerate’ by elongating their sheath and even adding stays and shrouds (woven from coconut fibers) led to their shoulders to create a better, bigger, more bouncy effect.

Yes, cultural flexibility is the key to foreign travel. Let’s face it—there is a certain negative chauvinism in the term ‘going native’ isn’t there? I once met an uptight Aussie sailor in Cocos Keeling who, eight weeks into his circumnavigation, irritably assured me his ‘standards’ had not dropped while cruising—as if our Western standards were, of course, far superior to the piddling standards of others.

I’m not sure—especially in light of a warming planet.

After all, the aborigines of Australia managed their island’s ecology for thousands of years without a problem—look at what the just-arrived Westerners have done to destroy it within a few short years.

Actually, come to think of it, ‘changing my standards’ is exactly why I’m a serial circumnavigator. (This ‘superior’ dude sold his boat in Cape Town, claiming she was too expensive to maintain.)

Not long ago we arrived on a small island called Vatulele in Fiji. The chief made a long speech to the semi-naked villagers, introducing us. I was impressed, and wondered exactly what he told them—maybe that I was a writer for ALL AT SEA or on my fourth circumnavigation?

“No,” the chief said matter-of-factly. “I told them that you weren’t brought up here and thus had no idea how to behave—and that they should forgive your bad manners.”

Who is smarter—the aborigine who lives in harmony with his natural environment or the profit-seeking Western businessman who builds a factory that pollutes the harbor and kills the fish that aborigine eats?

If They Build It Yankee Boats Might Come To Cuba

To travel is to learn. As you circumnavigate, you hold up a cultural yardstick to measure each new port. Eventually, you end up home and reflexively do the same—and your tidy well-ordered world is rocked. You never fully recover. You are changed forever. And that’s the real beauty—and true terror—of ‘going foreign.’