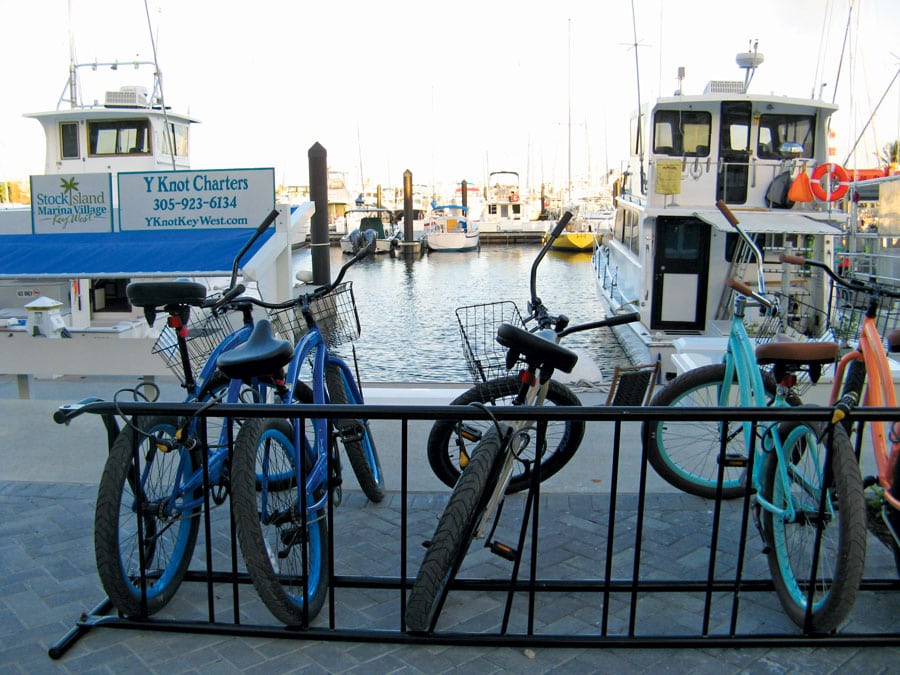 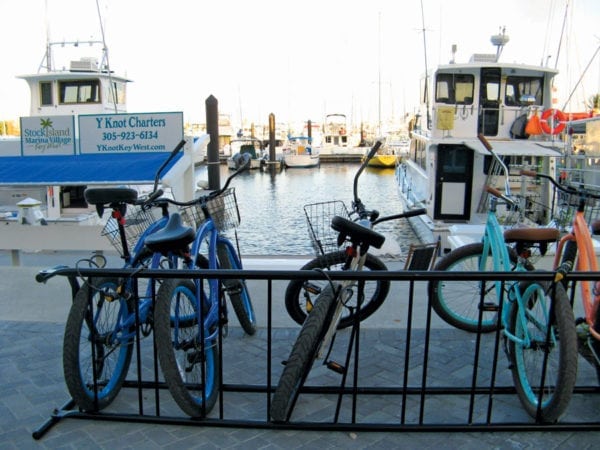 Capt. Justin Pasca lives aboard a sailboat about mile or so from Key West and operates a six-pack “downeaster” boat based in Stock Island. Pasca came to Stock Island five years ago from New Jersey at the same time the Stock Island marina was undergoing redevelopment. His comfortable charterboat accommodates a maximum of six passengers and can handle the wind and chop which occasionally comes with a subtropical climate. Pasca likes getting out on the Atlantic Ocean and sharing what he loves with others, especially the world’s third largest barrier reef and its ecology. Under the name Low Latitude Adventures, Pasca specializes in customizable trips, whether fishing, snorkeling, diving or a sunset cruise. He and other captains make Stock Island their home.

Stock Island has plenty of waterfront and potential, as residents and area developers are well aware.

Bobby and Michelle Mongelli, long-time Keys residents, opened the waterfront Hogfish Bar and Grill in Safe Harbor with one sandwich on the menu in 2002. Featured on the Today Show, the fried hogfish sandwich served on Cuban bread has a mushroom, onion and Swiss cheese topping. Other fish, chowder, ceviche and conch options are available as well.

Bobby Mongelli spearfishes for hogfish because demand is great for the featured sandwich. He opened his business in Stock Island because he was looking for that “old” Key West feel, when dozens of shrimp boats brought in daily catches to the Southernmost island’s docks. Now, about 10 shrimp boats are based in Stock Island, and find themselves competing with farm-raised and tiger shrimp of the Pacific Ocean.

Mongelli said a ferry once connected Key West and Havana, departing from a dock across from the Hogfish. And locals say Safe Harbor was a staging area for the Bay of Pigs invasion of Cuba in 1961.

With Stock Island’s redevelopment, upscale hotels and artists have moved in. The 100-room Perry Hotel features décor of concrete, metal and reclaimed wood. Flooring is reminiscent of driftwood or an old boat. Rooms have expansive balconies; some have outdoor showers, and others offer poolside access. Many are dog-friendly and all feature local artwork. Perry’s two restaurants offer local produce, freshly-caught seafood and high-quality meats.

Most visitors head to the Keys for water sports. Paddling, fishing, sailing, snorkeling and diving can be arranged, and some charters depart outside of Perry’s back door, which is situated at Stock Island’s marina.

Another full-service resort is Oceanside Marina on Peninsular Avenue. Opened in January 2017, there are 175 hotel rooms and charter services.

Stock Island is promoting itself with tourism-attracting events such as the early-December “I Love Stock Island Festival.” Begun in 2016, the weekend event showcases the renovated Bernstein Park, trolley tours, food truck offerings, rum tastings and an evening boat parade. A lit Christmas tree made from lobster traps and buoys is a definite attraction.

Stock Island is an important part of Key West with the Lower Keys Hospital, Key West Golf Club, Florida Keys Community College and its fabulous Tennessee Williams Theater, Monroe County Sheriff’s Office headquarters and a blossoming botanical garden based there. Its history is colorful as well.

Historian Jerry Wilkinson said the name Stock Island dates to, at minimum, 1850, and two men, William A. Lowe and Walter C. Maloney, owned the whole island in the late 1800s. Historic photos through the years show cows on Stock Island in the 1930s, an auto race track in 1964, and the “Islander” drive-in theater which opened in February 1953. This was the largest screen in Florida at the time with parking for 600 cars. “The Cimarron Kid” was its first movie.

Wilkinson said land freeholders approved incorporation in July 1963 only to have a circuit judge overturn the election effective March 26, 1964. Its link to Key West was too great.