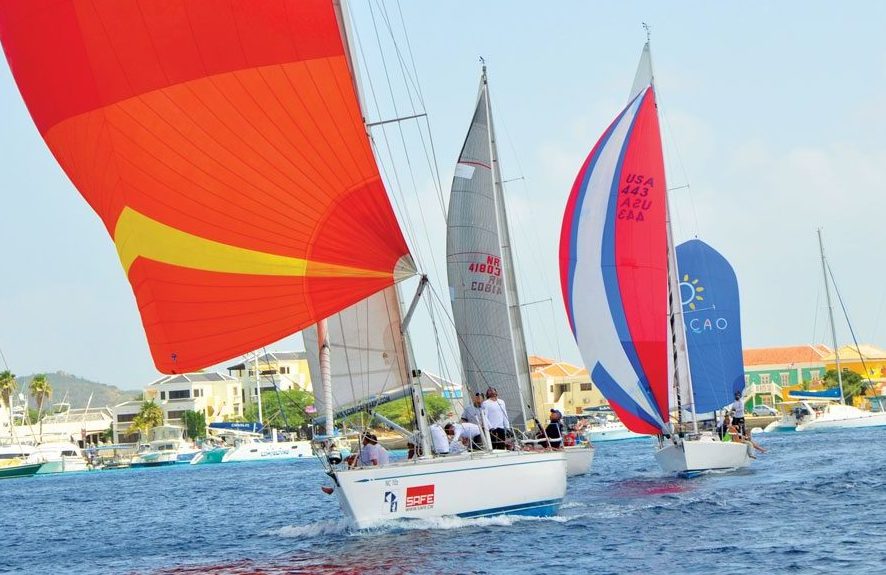 “Frequently people find themselves with used sails and surplus sailcloth as well as fishing gear that have useful life in them – but no way to get them to folks who would put that second life to good use,” said Frank Virgintino , author of A Cruising Guide to Haiti and frequent visitor to the enchanting Ile à Vache. “A contribution of materials and gear that supports the principal livelihood of the island is a priceless ‘thank you’ to a community that has been very welcoming to cruising boats for generations.”

Ile à Vache fishermen build their own boats and are already talented at sailmaking and recycling, using materials from bed sheets to tarpaulins for their sails. Sailcloth would provide a more durable and reliable resource.

Cruisers’ used sails and fishing gear can have a second life. It starts when the donations are delivered or sent to either Marina ZarPar in Boca Chica, Dominican Republic:  www.marinazarpar.com – or to Minneford Marina on City Island, New York: www.minnefordmarina.com

The first delivery of used sails took place in February.

Second Life Sails is jointly sponsored by Free Cruising Guides and Marina ZarPar, which will handle the logistics and underwrite the cost of transporting donated sails and gear to Ile à Vache, Haiti. (See article on page? – Ed.)

Following hectic preparations to widen and dredge the channels into and through the Simpson Bay Lagoon on St Maarten the freighter Marietje Andrea, carrying the lagoon causeway’s 450-ton swing bridge, delivered its cargo without a hitch. The bridge was loaded aboard the ship in Holland and entered the lagoon on Friday May 3. With a length of 126m (416ft) and a beam and a draught of 15m (49.5ft) and 5.6m (18.5ft), respectively, the Marietje Andrea is the largest vessel ever to enter the Simpson Bay Lagoon. Her arrival caused quite a stir.