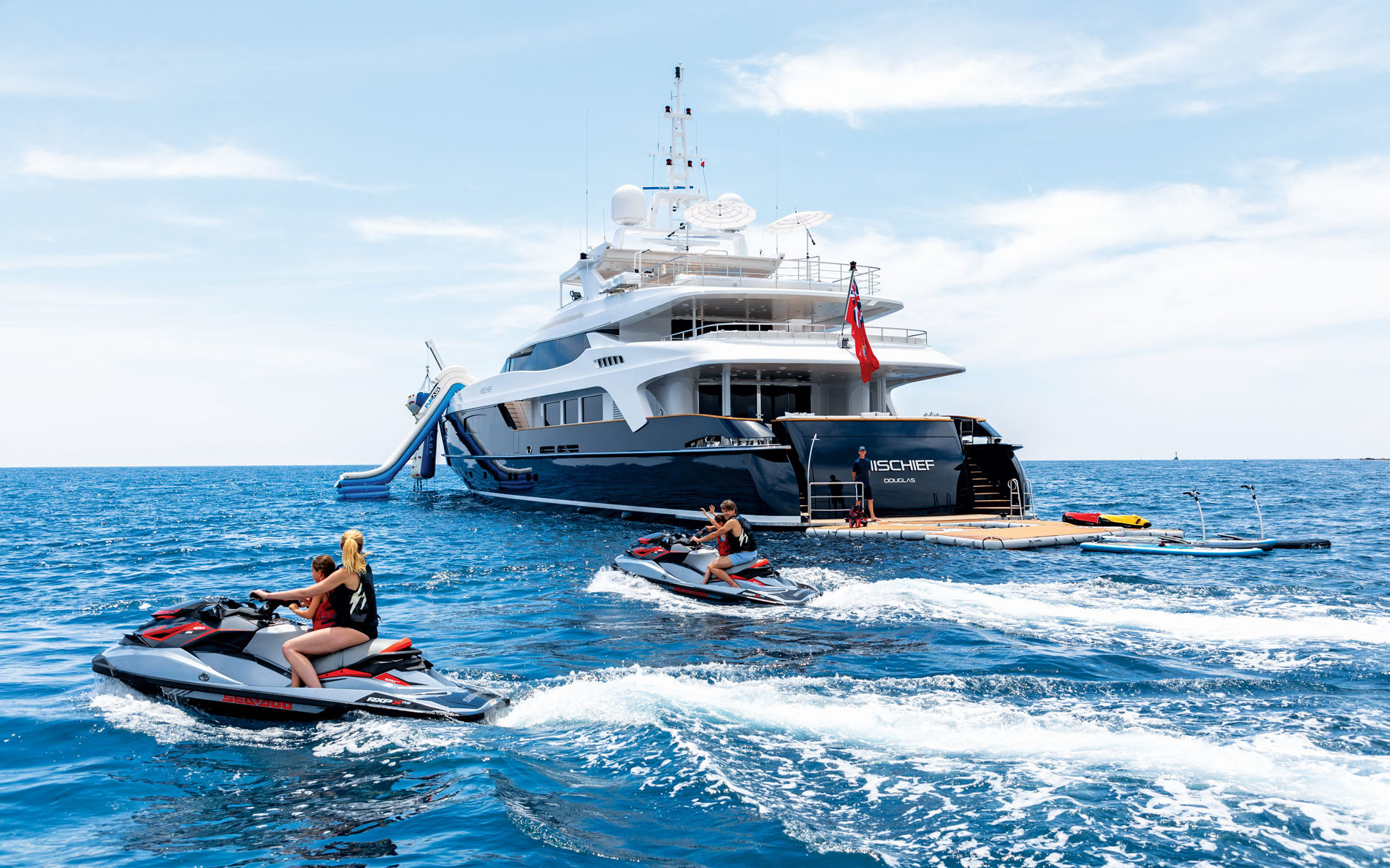 Charlie recently had four students on a one week instructional sailing course. They had opted to provision the boat themselves because they had “differing requirements,” according to the broker. As it turned out, two were vegetarians and two were normal.

Charlie’s a red blooded sailor who likes to enjoy the sensual pleasures of life. In his opinion a good bottle of Pinot Noir goes much better with a medium rare “steak au poivre” than it does with a bowl of lettuce leaves. In other words Charlie lives to eat rather than eats to live. But he’s a diplomatic fellow and although he hates to waste a good appetite, he happily tolerates vegetarians. He even ate a peanut butter and jelly sandwich once!

When Hilary and Desiree, our vegan duo, arrived back from the store and dumped their shopping bags on the galley counter, Charlie was surprised to see several boxes of snacky junk foods. There was a box of Cheez Its, referred to by Charlie as Gee Zits; there was also a good selection of fruit and vegetables, and Desiree, with a look of superiority, quoted a 60s idiom, “‘You are what you eat,’ you know.”

“Well, who wants to be a vegetable?” thought Charlie, but he just smiled and nodded.

When Bruce and Sally returned from shopping, there was steak, chicken, pate and sausage amongst a mound of purchases. There was a decent selection of French cheese and some good size slabs of salmon and snapper. Things were looking up. But Hilary seemed somewhat offended. “How could you possibly eat all those dead animals?” she said meekly, almost sobbing.

“Hey, if God hadn’t intended us to eat animals he wouldn’t have made them out of meat,” replied Bruce with a grin. “It’s a dog eat dog world out there.”
“Well, I wouldn’t be seen dead putting any kind of meat inside my body,” said the distraught girl.

Charlie’s diplomacy was really put to the test that week. They all passed the written tests but the vegans had some difficulty with the practical art of sailing. Their slim, wispy bodies, not unattractive at all, may last them a hundred years but they were just not strong enough to winch in the big headsail. But eventually they learned to luff up at the right moment and were tacking up wind with the best of ‘em towards the end of the week.

And that just may go to prove that a diet of bean sprouts, sunflower seeds and tofu may not always be a bad thing… for some people!

Julian Putley is the author of “The Drinking Man’s Guide to the BVI,” “Sunfun Calypso,” and a new sequel, “Sunfun Gospel.”