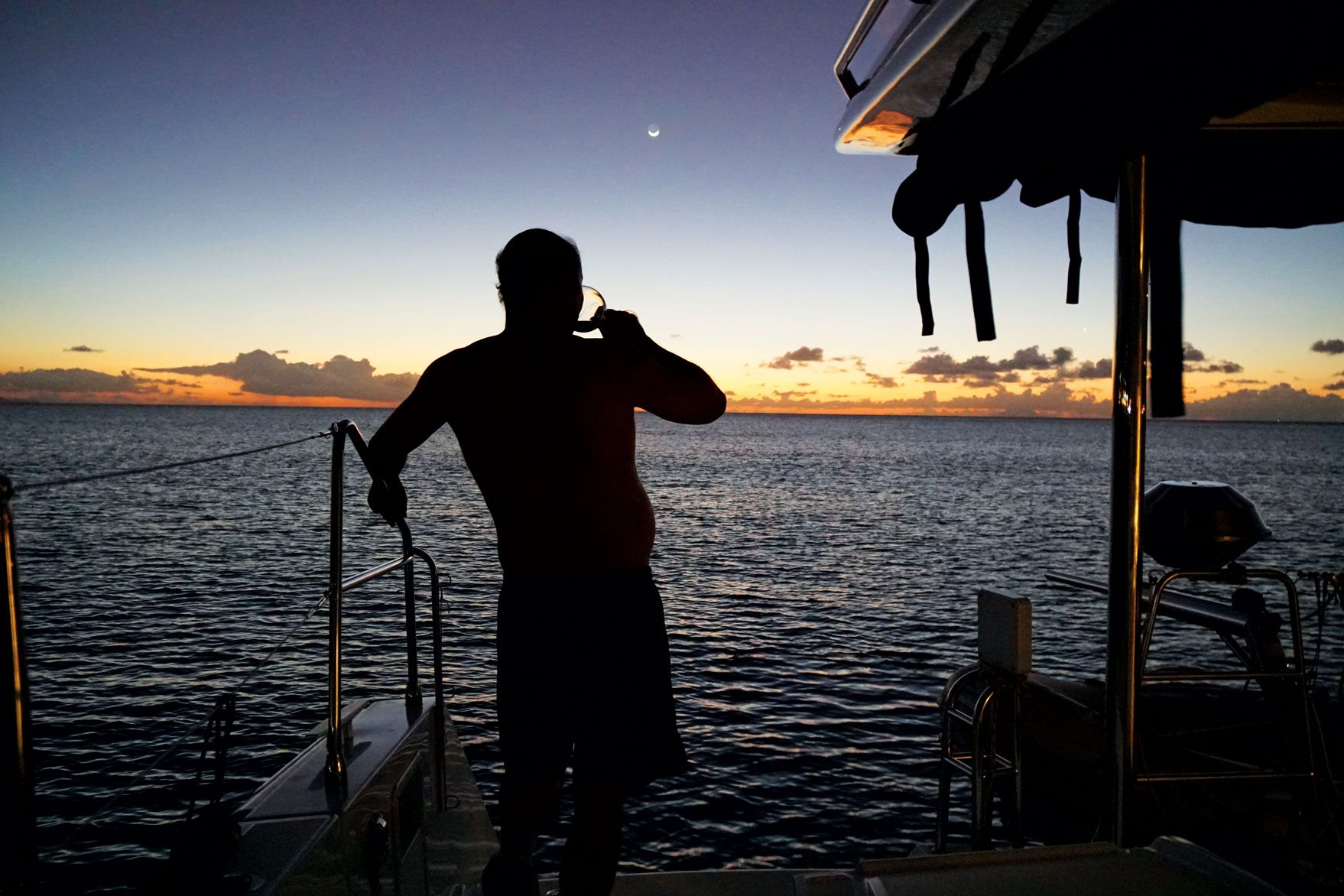 Transitioning From Charterers to Live-A-Boards

For the past ten years the Royal Naval Tot Club of Antigua & Barbuda has celebrated the English victory over the French and Spanish navies at Trafalgar which took place on 21st October 1805.  Of course, the major celebration was the 200th anniversary in 2005 when over 150 people sat down to dinner at the Inn on English Harbour, many from overseas.

The dinner held on Saturday 21st October 2006, again at the Inn, was a smaller affair with only fifty guests but the proceedings followed the traditional line with ‘Ceremonial Sunset’ taking place at 1930 by the lowering of the White Ensign from a flag pole specially erected for the occasion.

Following ‘sunset’ guests took their seats for dinner and Tot Club Chairman, Mike Rose read Nelson’s Prayer, written by Vice-admiral, Lord Nelson on the eve of battle.  Master of Ceremonies, John Duffy, proposed the Loyal Toast but not before having a joke at the Chairman’s expense about the inclement weather.

Throughout dinner, various members of the Tot Club read parts of the account of the Battle of Trafalgar after which Roger Gardiner recited the poem, An Address to England.  Dr. Philip Owen, convivially known as ‘The Quack’, proposed the toast to The Royal Navy, The Royal Marines, The Reserves and the British Merchant Fleet with Major Tim Spies, United States Air Force, proposing the toast to All those Commonwealth and Allied Seamen who lost their lives fighting for a just cause.

In addition to the readings, each guest was given a seven page, illustrated account of the battle prepared by Lindsay Keissling. Orchestrated by Tot Club member Graeme Knott, stirring and traditional patriotic songs and music accompanied the proceedings.

Before the port was passed, traditionally to the left, Tot Club Secretary, Anne Morcom toasted the Tot Club’s guests.  The final toast of the evening came from Tot Club Chairman, Mike Rose to The Immortal Memory (of Nelson).

Guest of Honour, Lt. Commander John Whitlam RN addressed the assembled company with a wide ranging and often amusing speech which covered areas such as defence review, Iraq, the modern navy’s role and his experiences of living in Antigua.

President of the Tot Club, Terry Bowen thanked the Guest of Honour for his speech, Mark and Lindsay Keissling (respectively the Tot Club’s Vice-president and Social Secretary) for their efforts in arranging a successful evening and the staff of the Inn for a splendid dinner and first class service.