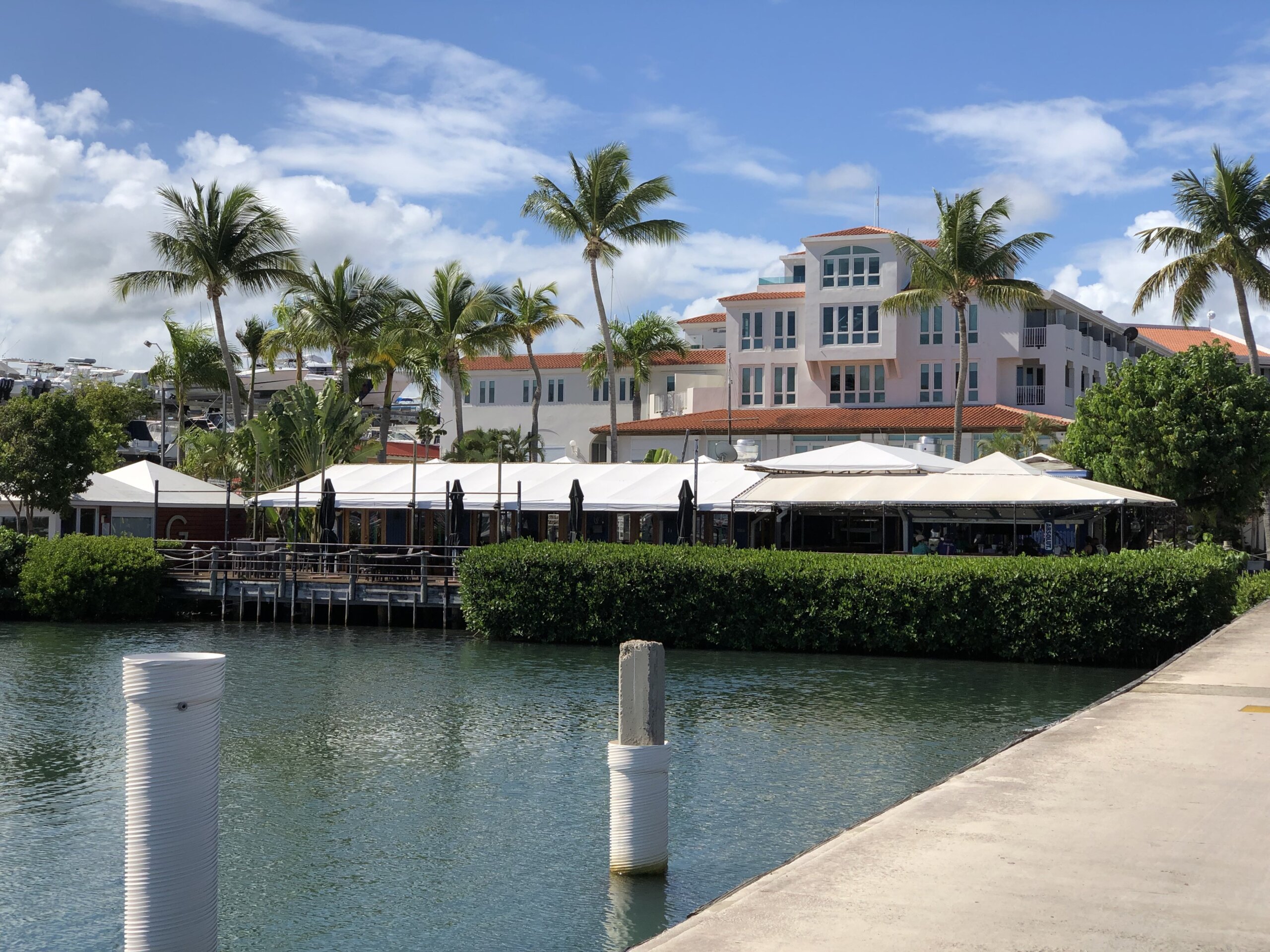 There’s been a roar in the marine environmental community over the past few years about the dangers of lionfish. This Indo-Pacific region and Red Sea native, named for its mane of red, brown and white spines, has invaded the southern Atlantic, Caribbean Sea and Gulf of Mexico where they can wreak havoc on native fish populations and overall reef habitat. Spearfishing derbies to catch and remove lionfish are a popular way to try to rid the waters of this beast. However, scientists have come up with a brand new way to hunt: a lionfish killing robot. It’s a method that could make it easier to develop a market for this delicious fish.

The first lionfish were reported off Florida’s Atlantic Coast near Dania Beach in 1985, according to the Florida Fish & Wildlife Conservation Commission’s (FFWCC) website. These precursors to the larger schools seen today are thought to have come from the release, intentionally or unintentionally, of these fish from home aquariums. While just a few made their way into Florida’s coastal waters this way, the lionfish has a prolific ability to reproduce. In fact, one female lionfish, which is mature in a year, can release masses of eggs (somewhere between 12,000 to 15,000) as often as every four days and these egg masses can drift for nearly a month.

“We don’t conduct stock assessments of lionfish, but what we do have to define their population are anecdotal reports, sightings reported on our website and reports via our Report Florida Lionfish app,” explains Amanda Nalley, the Tallahassee-based public information specialist with the FFWCC’s Division of Marine Fisheries Management. “As a result, we’ve heard people say that there doesn’t seem to be as many lionfish in South Florida as in the North of the state. We don’t believe that to be true; that there are indeed just as many in the South and in the Keys. What may make lionfish less visible is that there are more people in the water removing them, especially in the Keys. In addition, there are a greater number of reefs, both natural and artificial, and other hiding places in the south that makes the lionfish less visible than in areas where there is less habitat and they are visible in epic numbers.” 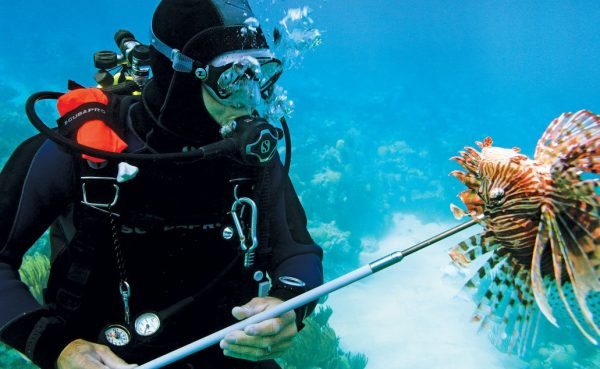 A Robotic Solution for Killing Lionfish

It was a scuba diving trip some 1000 miles’ northeast of south Florida, in Bermuda to be specific, that Colin Angel and his wife Erika came face-to-face with the lionfish problem. There, in a casual conversation between dives, the idea bubbled up to build a robot that could kill this pesky invader. The thought was far from far-fetched to these Massachusetts Institute of Technology alum. Even more so since Colin is the chairman and chief executive of iRobot, a Bedford, Massachusetts-based company that makes household robots that vacuum, mop, clean pools and scrub gutters. Colin returned home and founded a non-profit corporation, Robots in Service of the Environment (RISE). RISE, whose mission is to apply scalable robotic technology to solving large-scale environmental challenges, has since developed the prototype of a robot that uses electricity to zap, kill and collect lionfish.

“The benefit of a robot is that it can get to depths that divers can’t reach,” explains John Rizzi, executive director of RISE, which plans to conduct its first ocean test in Bermuda by the end of the year and put its first robotic lionfish killer into commercial use in May or June of 2017. “Basically, you can sit on a boat, the robotic unit is tethered and you control it remotely from an iPad, It’s like a video game. Basically, the robot is equipped with a camera so you can track the fish. When you find them, you position the fish between the front two discs, zap them with an electric current and collect them. We plan to develop recreational and commercial models at a price that makes it economically incentivizing to bring these fish to market and sell them.”

Lionfish do make for good eating.

“Lionfish do have venomous spines that can cause injuries, but the flesh is not poisonous. In fact, it’s very tasty and is served in many restaurants. Recently, Whole Foods in Florida has started selling lionfish and you can order them at Publix Super Markets,” says FFWCC’s Nalley.

For more information on Lionfish in Florida, visit the FFWCC’s website at: http://myfwc.com