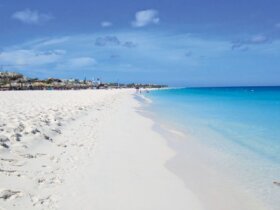 St. Thomas, U.S. Virgin Islands. Register now for the 29th Annual Bastille Day Kingfish Tournament. Set for Sunday July 16 at Hull Bay Hideaway – and named one of the Top Ten Best Ways to Celebrate Bastille Day in the World by online travel advisor, Hotwire.com – the Northside Sportfishing Club-hosted tournament is your chance to catch that ‘big one’ and pocket $2000 in cash. Didn’t catch a colossal king? No problem! There are more than a dozen other ways to win.

“The fish have been biting and we expect really good fishing,” says Catherine Bryan, one of the team of six tournament organizers. “Plus, with over $13,000 up for grabs in cash and prizes, we are expecting record attendance, record catches and record fun.”

Entry forms are available now at Neptune Fishing Supplies in Red Hook. Registration continues at the Captain’s Meeting on July 14th at 7:30 p.m. at Hull Bay Hideaway, and on Saturday July 15th at Hull Bay Hideaway from Noon until 6 p.m. Thanks to the generosity of sponsors, entry fees are low – $45 for adults, $35 for juniors ages 8 to 17.

All registered anglers receive an official Bastille Day Kingfish Tournament T-shirt, hat and goodie bag. Over 200 anglers – adults and juniors of all skill level – as well as over 60 boats are expected to enter.

This year Budget Marine is sponsoring the Best Boat prize package valued at $500. In addition, several Virgin Islands’ businesses have generously contributed many luxury prizes. There will also be a 50/50 raffle drawing.

Boat owners take note. Tri Island Energy will have a fuel truck available at Hull Bay Beach on Saturday July 15 from 2 to 4 p.m. so that tournament boats can easily fuel-up.

Like last year, the conservation-oriented organizers of the Bastille Day Kingfish Tournament have eliminated the Jack species and increased the minimum length on barracuda to 40-inches in length. New too, to assure fairness for all, tournament participants are not allowed to leave shore until 4 a.m. on Sunday July 16th.

Lines in the water starts at 5:30 a.m. on Sunday July 17th, and ends at Noon, sharp. From Noon until 2 p.m., while the weigh-master and judges go to work, registered anglers can quench their thirst with Coors Light and rum punch or juice, depending on age. The Awards Ceremony will take place at 8 p.m. at Hull Bay Hideaway on Sunday July 17.

Junior anglers are eligible for the special “Catch in the Hat” drawing, sponsored by Offshore Marine. All registered junior angler names will be placed in a hat. The first eight names drawn will receive $50 cash and the next one will win $100 dollars, for a total award of $500. Junior anglers must be present at Hull Bay Hideaway to win. The drawing will take place during the band break Sunday afternoon. There will also be a bouncy house and face painting for the kid’s in the afternoon.

There will additionally be a “Lucky/Unlucky” prize drawn of $1500 distributed over several participants. More details at the Captain’s Meeting. The drawing takes place at the evening’s prize giving. Anglers must be present to win.

Come for the fishing and stay for the party! Cool Session Brass plays from Noon to 4 p.m., followed by the Dem Fellas Band from 6 to 10 p.m. Hull Bay Hideaway will be serving food. The Armstrong Real Tasty Ice Cream Truck will also be parked at the venue during the day.

First organized by the Northside Sportfishing Club in 1987, the tournament has become one of the highlights of French Heritage celebrations on St. Thomas. The event benefits the Joseph Sibilly School, St. Thomas Rescue, Civil Air Patrol and Nana Baby Children’s Home, as well as provides college scholarships. For information, Email [email protected] or call (340) 998-0854. Follow us on Facebook!