‘Rally to the Cup’ Launches from South Florida 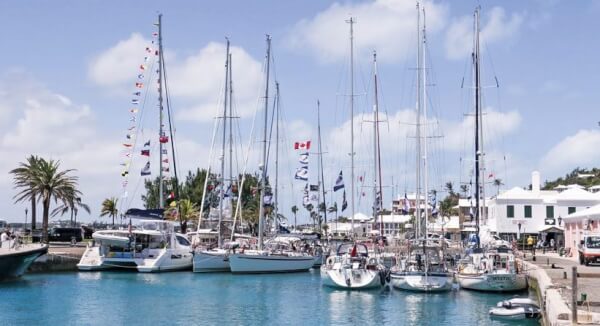 Never in the 166-year history of the America’s Cup has this Super Bowl of Sailing been so close to the South Florida marine community. It’s no wonder then that one of the departure ports and hosts for the ‘Rally to the Cup’ will be the Palm Beach Sailing Club in West Palm Beach. The Rally is the brainchild of Hank Schmitt, founder of Offshore Sailing Opportunities (OPO) based in Halesite, New York. Schmitt runs the North American Rally to the Caribbean (NARC) from Newport to St. Maarten via Bermuda each fall. Nearly 40 yachts are expected to launch from six East Coast ports on June 10 and arrive in Bermuda a week later ready to watch the finals for the 35th America’s Cup kick-off on June 17.

“Since we have been sailing through Bermuda every year since 1988 in our NARC Rally and moving the Swan Fleet, it made sense to offer a rally to the cup when it was announced that the cup would be held in Bermuda,” says Schmitt. “This is the first time that the Cup has been held outside of a host country. Bermuda is a very nice place, but perhaps not the best for vacant hotel rooms. The only way to have a place ashore is to have family there or if you sail over by boat.”

The potential chaos of finding accommodations as well as the large crowds of yacht racing enthusiasts certain to overwhelm the 20-square-mile island of Bermuda is why Peter Turecki, of North Palm Beach, Florida, decided to join the Rally to the Cup. Turecki will be sailing his Beneteau 505, Lost Highway.

“I joined the rally first for a host in Bermuda and second to get a crew to return to the East Coast,” says Turecki, who was born into a sailing family, cruised and raced throughout his childhood and teenage years and has worked professionally as a captain for over 30 years. “My crew from Florida to Bermuda have a life and can only take time to sail one way. As far as the transit to Bermuda, we are planning to detour through the Bahamas. What I’m looking forward to most is being around people and sailors with like interests.”

Turecki and other ralliers will depart from the Palm Beach Sailing Club. Founded in 1966, the 1920’s-era clubhouse offers a panoramic view of neighboring Palm Beach and the intracoastal waterway as well as many sailing related services.

“We have a dock, WiFi, showers, laundry, bar and good parking,” says Club manager Cary Vining. “We are a very friendly Club, host a lot of events and are looking forward to welcoming those who are coming to the Rally to the Cup.”

In Bermuda, the Rally to the Cup will land at the St. Georges Sports and Dinghy Club, where Schmitt’s NARC stops each year. Here, ralliers can find limited dockage available at the Club, or space in a designated anchorage area with launch service (i.e. you don’t have to haul your dinghy over from Florida) or a berth along the wall in St. Georges. 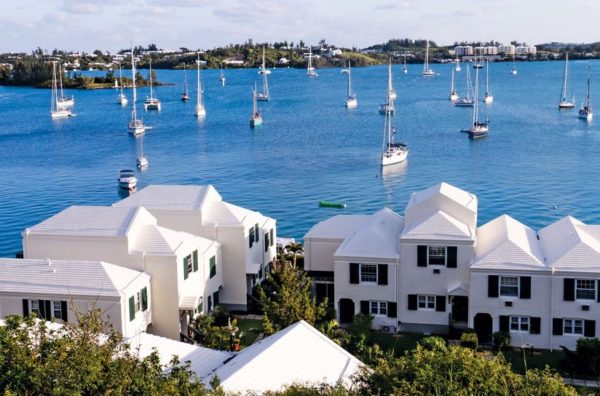 “St. Georges is on the wrong side of the island for the America’s Cup races, but since racing takes place only two hours each day, there is time to take your boat to the race course and back if need be. I think the best viewing will be from the race village at the dockyards,” says Schmitt.

The rally fee of $199 per boat plus $150 per person includes rally planning, three socials, weather forecasting by WRI, Radio Net, help with customs and immigration as well as logistics in Bermuda, a Rally burgee, and T-Shirts for all crew.