ALL AT SEAThe Caribbean\'s Waterfront Community
HomeCruisePractical Provisioning: Tips for Before, During & After Passage to the Caribbean
Cruise 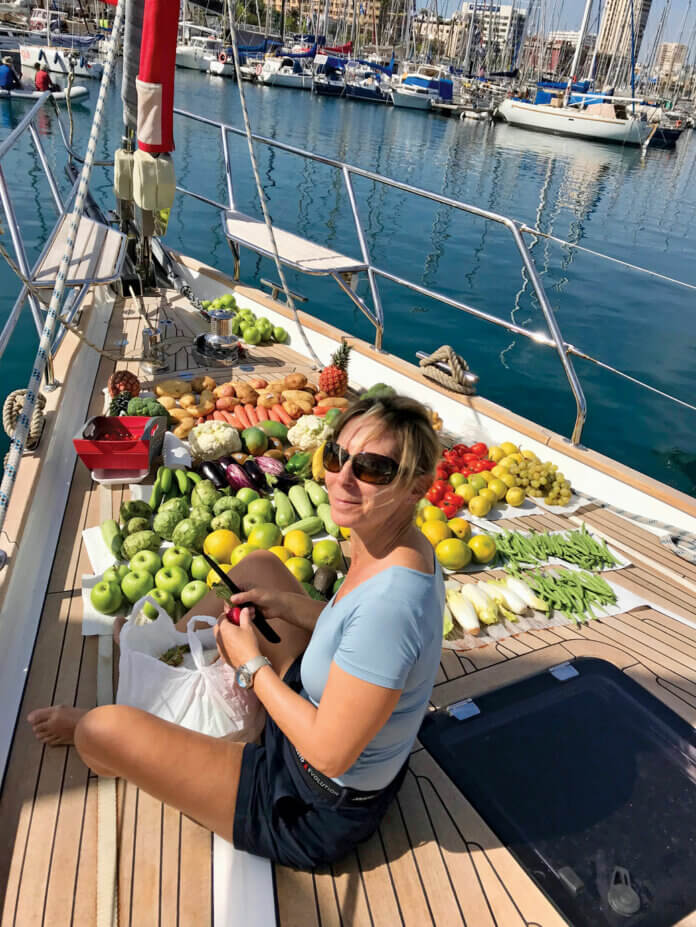 There are no service center stops with fast food outlets or small towns with restaurants on the waterway highway from the U.S. or Europe to the Caribbean. Plus, supermarkets on the islands don’t have the selection or same brands as on the mainland. That’s what makes provisioning well before you cast off so important.

Overall, “my biggest piece of advice is to have food that you and your crew enjoy and will eat.  A well-fed crew is a great asset and provides something that everyone looks forward to.  I query the crew beforehand as to their dietary preferences and try to make sure I include that in my provisioning. I provision based on two different scenarios. The first is while on passage and the second is essentials during our time in the islands,” Jo Ella Barnes, secretary of the Salty Dawg Sailing Association’s (SDSA) board of directors and longtime cruiser aboard the Hallberg-Rassy 43, Starburst. 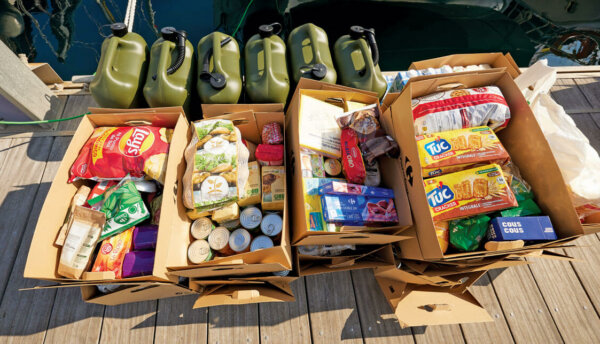 A good rule of thumb is to provision 1.5 times the number of passage days, according to the SDSA-written pamphlet, Provisioning for a Happy Passage. For example, this translates to 15 dinners for a 10-day passage. As for a timeline, buy non-refrigerated food items, toiletries, cleaning supplies, food wraps, etc., weeks or months before departure. The week before, stock up on ingredients for pre-planned meals and frozen foods. Lastly, buy fresh foods the day before casting off.

“We will visit the market in Las Palmas for fresh produce, oranges, green tomatoes, bananas, onions, etc.,” says Kathryn Taylor, who will be sailing the ARC 2022 aboard the Beneteau 411, Pelagria. “White Bimbo brand bread may not look very appealing, but it does last for weeks. We also take flour for bread making but need to balance up against the use of gas. A pressure cooker is good for doing stews/veggie curries, stock cubes, garlic, and chili. It saves time and gas.”

Before a rally, Barnes spends time in her kitchen at home preparing and freezing meals. “These are the main meals of the day. This is for several reasons. It is easy to heat a meal. And, if the chef is down or the seas are extremely high, there is no food prep necessary. You can still have a hot meal. You can lay out your meals for several days without having to decide what to have that day. And, even if you catch a big fish and have fresh fish during the trip, those frozen meals are still available if needed.”

Some cruisers like Bob Osborn, SDSA president who with his wife Brenda sail their Aerodyne 47, Pandora, prefer not to pre-prep and freeze dinners. “I don’t generally do that as it means running the oven a lot and that heats up the boat. I tend to prepare for the first 4 to 5 days in that way, but after that, it’s simple pasta, meatballs, chicken and I make it up as I go.”

Still, others do a bit of both. “For the first night out, I pack a family-size frozen lasagna to put in the oven, along with two loaves of garlic bread. “Beyond that, my wife ‘volunteers’ to make meatloaf and chicken cutlets so it is heat-and-serve,” says Hank Schmitt, founder of the North American Rally to the Caribbean (NARC), and chief executive officer of Offshore Passage Opportunities. “Another thing I pack is Zatarain’s box Jambalaya or Etouffee meals. Three boxes feed six hungry people. All the spices and rice are in one box. Throw in anything else you need. A good one pot meal to make underway.”

Storage is the most important thing during the pre-rally stage, says Carlota Texeira, who handles public relations for the Viking Explorers rally. “Know which items can be stored together and which will not make the food last longer. For example, potatoes and onions can’t be stored together. Another good tip is to put bay leaves in the Tupperware of the rice and pasta to prevent the appearance of insects. Also recommended is to wash every piece of fruit and vegetables before bringing it on board to avoid insects.”

Some of the things that are important to have on passage are oatmeal for an easy and filling breakfast, saltines to ease the stomach in case of seasickness, a favorite electrolyte powder (for example, Gatorade) to add to water again for seasickness, rice for stir-fries and to eat for upset stomachs, and oranges and apples for snacking and kept out of the refrigerator, recommends Barnes. “Have treats that your crew will like. I keep a big box of all types of things that the crew can access whenever they want. It contains everything from granola, nuts, and ginger candy, to crackers.”

Grilled cheese sandwiches are easy to make and sit in the belly well, suggests the NARC’s Schmitt. “Same for Pancakes. Hot dogs are easy to boil and serve.”

There are lots of ways to dress up a soup with extra meat to make it different, adds the SDSA’s Osborn. “Eggs are a great way to prepare interesting meals. Nothing like an egg sandwich. I also use lots of cold cuts, canned tuna, and chicken.”

“We always fish on our trips, so fresh fish is always a treat,” says Barnes. “I keep lime juice around to make ceviche which is always enjoyed by everyone.” 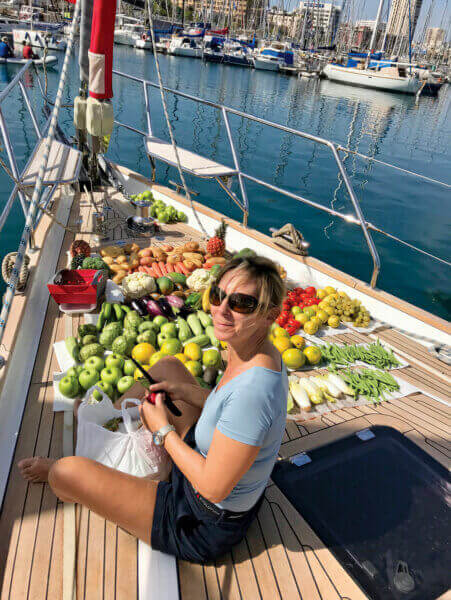 Fresh food such as meat, vegetables, and fruits are the first things needed on arrival to the Caribbean, according to Viking Explorer’s Texeira. “We arrive in Grenada, and you can find almost everything at the main supermarkets like Foodland and IGA. But, of course, the prices are higher as most items are imported from the U.S.”

Depending on what island she’s on determines where Barnes shops. “For example, in Dominica, there are wonderful fresh produce vendors to restock your vegetable supply. The French islands have wonderful bakeries for fresh bread and pastries. Antigua has several supermarkets with many carrying gourmet items. You usually won’t have as many choices or find the same brands as you do in the U.S. But remember, this is a fun trip and part of the fun is experiencing the ambiance of each country and its food.”

Provisioning and Where to Shop for Food While Cruising the Caribbean

Tips & Tricks for Food Provisioning in the Caribbean

Finding your Thanksgiving Turkey Provisioning in the Caribbean

Book Review! “Sailing Towards the Horizon” by Birgit Hackl