Plato and the Pilot 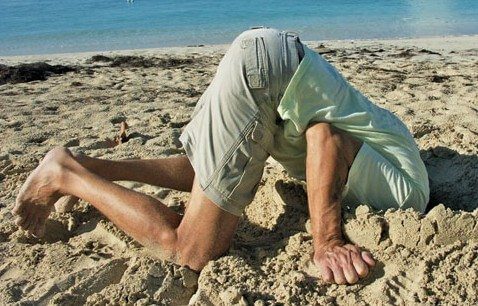 “If you want to bury your head in the sand, then best stay on the beach,” is how one Caribbean skipper put it when his crew were complaining about trying to repair a piece of equipment while at sea.

Plato put it another way, he said “necessity is the mother of invention” and he must have coined that little gem with sailors in mind. For instance, a few years ago I was on a steel cruising boat where the owner had made everything, including the door hinges. He had no option because he built the boat illegally in a communist country at a time when owning a yacht could get you hauled to the gulag. The mast was a work of art built from two aluminum street lights welded together. All the halyards ran inside the mast and it was a double spreader rig. A couple of circumnavigations later, the yacht is still going.

Another piece of inventive necessity was the jury rudder put together by a friend after his yacht’s steering gear failed in mid Atlantic. His first reaction to the boat suddenly luffing into the wind and then sailing in circles was to go below, roll a cigarette and make a cup of tea. Over the next two days, he removed two cabin doors, bolted them together and, using a spinnaker pole as a tiller, made a rudder with which he completed his transatlantic voyage.

Going back to the early days of cruising, Joshua Slocum, who is credited with being the first man to sail solo around the world, would never have completed his voyage had he not designed a burglar alarm. For those who don’t know the story, Slocum was tired of being boarded and ripped off while at anchor, so at night he scattered tin tacks on the deck. The thieves paid one more visit and never came back. This is a trick worth knowing but not something I would recommend if you are forgetful.

My own forced inventions have been weird and wonderful and include pennies in place of copper washers, temporary repairs with duct tape that have lasted over a year and a simple device that allowed my wife to take a pee without having to get out of her oilskins in heavy weather.

If you have come up with an invention that has saved the day then please share it with All At Sea. You show me yours and I’ll show you mine!

One man who can never be accused of burying his head in the sand is Donald Street Jr., the father of Caribbean cruising guides. I first met the famed rock-pilot while harbor-hopping along the south coast of Puerto Rico. One evening a man rowed by in a large, lapstrake pulling boat and that man was Don Street. Over the years we met in various Caribbean anchorages. And I often watched in awe as Don tacked and gybed his engineless yawl Iolaire into narrow channels that skippers sailing boats with powerful engines thought way too risky to attempt.

I knew the man by reputation long before we ever met, through his charts and guide books which we carried on board. And the Ocean Sailing Yacht Volumes I and II are amongst my favorite nautical books of all time.

When talking about Don, someone will always pipe up with “he knows where all the rocks are because he’s hit ‘em” and that putdown would really annoy me, although I doubt that it would annoy Don.

I make no excuses when I say Street has probably forgotten more about sailing and seamanship than most of us will ever know. He is a fascinating man to talk to and the story of a lifetime spent at sea and his experiences while charting the islands of the Caribbean could fill several books.

Recently Carol Bareuther interviewed Donald Street for All At Sea and you can find her story about this fascinating sailor, pilot and author on page 26.

Gary Brownhttp://garyebrown.net
Gary E. Brown is the Editorial Director of All At Sea Caribbean. He is a presenter on Island 92, 91.9 FM, St. Maarten, and the author of the thriller/sailing adventure Caribbean High. For more information, visit: garyebrown.net
RELATED ARTICLES
Cruise