ALL AT SEAThe Caribbean\'s Waterfront Community
HomeCruiseLetter On Respect to the Marine Service Experts of the World
CruiseSouth FloridaFort Lauderdale, FL

Letter On Respect to the Marine Service Experts of the World 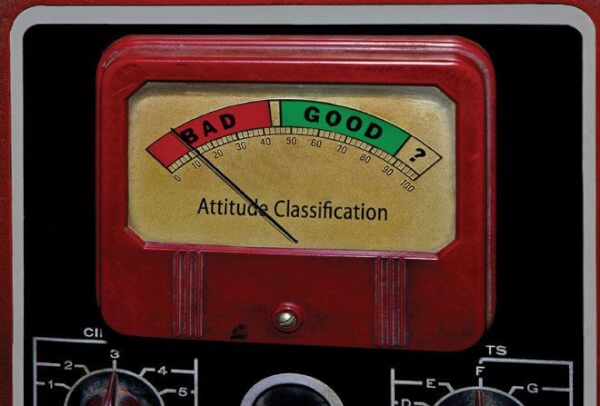 I realize you know more about your field than I – that’s precisely why I hired you. In fact, I am paying your company about five times what I earn, on average, an hour. Just like you, I too, am a working man, and yes, I’m careful with my pennies. As expensive as you are, though, I do not begrudge you your wage. I will pay in full, and pay without complaint, to all we have agreed upon.

However, there seems to be a misunderstanding. You are obviously irritated at my “interference,” as it has been referred to. But I don’t think of it as interference. I think of it as making sure the job is done correctly.

Even if you were the most ‘expert’ of all the experts AND you worked with utter, ruthless efficiency AND you accomplished your assigned task perfectly – I would still have to inspect your work both during and after its completion.

I realize you don’t know or care about my personal history, but I’ve lived aboard and ocean sailed for over 53 years now. I’m currently on my third circumnavigation. I’ve accomplished this in all oceans and through all types of weather without major catastrophe, in large part because I realize that I, as captain, am responsible for each and everything (without exception) pertaining to my vessel.

Please allow me to explain: my life and my wife’s life depend upon my vessel functioning flawlessly under the most extreme conditions. This is not an exaggeration. You’re here to install vital electronics; if my GPS blinks off or my depth meter misreads, our very lives can be endangered.

If, someday, I am involved in a marine catastrophe and there is a U.S. Coast Guard Court of Inquiry, I won’t be able to skate (legally, morally, or professionally) by offering the lame excuse, “…gee, it ain’t my fault. It’s that blonde dude who loves Reggae music and works for Marvelous Marvel’s Marine Electronics in Miami – he’s the one responsible for the drowning, not me!”

No, that won’t cut it. The buck stops here. So yes, the work has to be done to my satisfaction and the industry standard. “Good enough,” isn’t – not when I’m paying the big bucks.

Alas, you’ve proven you are not the most expert, most efficient, nor the very best at what you do. Not by a long shot. Your arrogance is unearned.

Here are a few suggestions, drawn from my most recent encounter with your kind:

I could go on and on, but those were the worst offenses. I won’t count that you left the radar dome off and went to lunch as that thunderstorm skirted by; that the drill holes in the lower bulkheads weren’t sealed nor grommetted; nor that your post-installation looming put excessive pressure on a number of delicate, easily-parted connections.

Confession: when I asked you if your work met the ABYS code and you blithely replied yes, it was a trick question. It is almost impossible to comply with—or even fully understand—all of ‘em within your wide-ranging field.

However, I did expect you to have a working knowledge of the more commonly accepted practices when it came to electrical installations. How wrong I was!

Why no drip-loops when it is such a fast, easy, penniless, and traditional way to ensure that water from the downward-sloping antenna cable doesn’t enter the unit?

Now, if you are reading this, you are probably steaming. You feel that I am picking on you unfairly, and that I have no real idea of what your job entails and, thus, am not qualified to accurately judge its complexities.

But in the early ‘70s I worked for a shipyard as their sole employee. If the customer wanted his bottom scrubbed, I was billed at one price; for wood work, at another price; and for electronics, yet a third.

If I was send out to fix a radar, I was told to bring two tool bags, and leave one on the dock. Once aboard, the first thing I was told to try was to carefully clean, spray, and test all the radar’s connections. If that didn’t work, I was told to ask the owner to fetch my tool bag on the dock—and repeated whack the unit with the palm of my hand while he was absent. If that didn’t work, I was instructed to tell the owner I had to bring the unit back to the shop to “put it on the ‘scope.”

“…what scope,” I asked the shipyard owner.

“…the oscilloscope,” he replied.

“…we have one of those?” I asked, incredulous.

“Naw,” he replied, “but the guy who actually knows something about radars that we’re going to bring the unit to might!”

No, I did not last long at that job—but I’ve never forgotten it either.

As a long-time member of the marine industry, every single dollar I have ever earned is salt-stained: I know what DFO means. In fact, I knew what DFO meant before you were born. And, yeah, I’ve muttered it a few times in my brief career as (what used to be called) a BN (er, boat nurse) in Fort Liquordale. But the three times you and your men smugly muttered the “DFO” (Dumb F’n Owner) in my presence—well, it grated.

A Whale of a Tale – Whale Shark Caught in Nets!

In fact, this is the real problem. You believed you were working for a rube, and I believed I was hiring someone who cared. We were both wrong. You don’t own a boat. You probably never will. And yet you feel superior to your customers who do. Might it not be possible that the Average Sailor Joe who has spent hundreds of thousands of dollars on a yacht and moved it thousands of miles over many decades… might be at least as smart as you… just maybe?

The bottom line we’re both aware of: I paid.

The bottom line you might not be aware of: the marine community is small and intelligent and communicates well. Your reputation is your future.