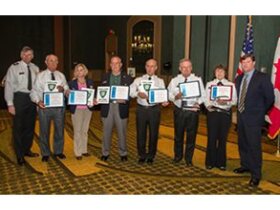 Time to move on in St John

Johnson Bay is not a designated moorings area. This recent announcement by the Virgin Islands Department of Planning and Natural Resources comes as news to many local boaters who have been mooring there for over ten years. Some 40 boats were recently tagged by DPNR officers and ordered to relocate to any of the island’s designated mooring areas. These are Chocolate Hole, Great Cruz Bay, neighbouring Coral Harbor, and Cruz Bay.

The counter argument from many of those anchored in Johnson Bay is that the DPNR has failed to come up with guidelines for mooring in territory waters – something the authority is obliged to do by a 1992 law. In addition, mooring permits have up until now been granted by the DPNR, even though the Bay is not listed as a designated area.

According to one local resident, “They [the boats] will stay. The boats have invested in moorings and the people are permanent, voting, year-round residents here. The government is not reading its own carefully drafted laws correctly.”

BVI – the operator of a powerboat that hit a dinghy and killed two of its teenage occupants in early August is to be charged with manslaughter. The 36-year-old Dutch skipper of a 22ft Boston Whaler, who was vacationing in Eustatius Island, hit and overturned a dinghy carrying four people just before midnight in the Saba Rock area. Despite rescue attempts by VISAR and a US Coastguard helicopter, Luke Noble, 14 of the UK and Dennis Harty, 19, of the US drowned as a result of the accident. Police believe that the two boys, whose bodies were later recovered by divers, were knocked unconscious by the collision.

The inaugural St Maarten Charter Yacht Exhibition is only three months away (Dec 7 to 11), but visitors can register of prepare for the event thanks to a smart website www.mybacaribbeanshow.com

Bitter End Yacht Club has announced the programme for the popular Fall Sailing Festival, beginning this month on the 23rd. The 10-week festival gives a chance for guests to meet and learn from world-class sailors in one of the Caribbean’s top locations.

Events on the schedule include the JJ Isler’s Women on the Water Week (Oct 23-30), with instruction from JJ Isler, Pam Wall, Martha Parker and Joan Gilmore. The same week sees the Caribbean Hobie Wave Race Week.

The prestigious 18th annual Pro-Am Regatta will run from October 30 to November 6, where junior racers and world-famous skippers will battle it out on the club’s Hunter 216s and Freedom 30s. Skippers expected to attend include Russell Coutts, Peter Holmberg and Lowell North. For more information, go to www.beyc.com

US Virgin Islander Tim Pitts gave a series of steadily improving performances in the Olympic Games. Although the 22-year-old from St Croix placed 41st out of 42 in the Laser Class, he finished as high as 34th on two occasions towards the end of the 11-race event. Brazil’s Robert Scheidt took the Gold Medal, but competition was intense throughout the class with no one person dominating.

Pitts, who confessed to being ‘locked up’ during the first few races, put aside the pressure of competing in the Olympics with some great starts in later races, hitting the first mark in the top 15 on some occasions.

The Crucian sailor now intends to study videotapes of every race, work on his start, and come back with greater ambition in time for the 2008 Olympic Games in Beijing, China.

Adding a little extra spice to the new season in St Maarten is the Amalgamated Yacht Services, situated in the Village Portofino on Simpson Bay Lagoon. Run by South African Mike Glatz and Sally-Anne Sear, the new development will offer a cruiser’s laundry, ‘Shrimpy’s’ Tapas Bar, Mike’s Hull cleaning service and a dinghy valet service, where you can have any vessel up to 15,000lbs cleaned in around 20 minutes. Also on offer will be a regular ‘Yotgrot’ marine mart, where cruisers can exchange anything from a Genoa to a Seacock. For more info call 523 9868 or email [email protected]

The Antigua Yacht Club has good news and bad news. The Ladies Laser Open, scheduled for October 15, has been cancelled. But the 16th Caribbean Laser Team Racing Championships will take place over the weekend of October 16 & 17.

Competition will be limited to 12 teams and will take place around Falmouth Harbour in standard Lasers belonging to the AYC.

The 4th Triskell Cup will take place over November 13 and 14. So far, 56 entries have been received from Guadeloupe, Antigua and Martinique. Racing is divided into Spinnaker and Non-Spinnaker and Multihull and will take place off Gosier. Last year, class honours went to Bernie Wong’s Huey Too, Hans Lammers’ Trouble, Sylvain Homo’s EIB Marina Bas du Fort and Philippe Pollet’s Passager du Vent.

The Trinidad and Tobago Sailing Association (TTSA) will be holding the Southern Caribbean Invitational Regatta in Chaguaramas from December 27 to 30. Racing will take place in Optimist, Laser Standard, MR15 and SR Max categories. Registration is now open, with fees ranging from $100 for the Dinghies to $240 for the 3-man SR Max.

The Budget Nautique Women’s Caribbean One Design Keelboat Championships will be taking place in St Maarten over the weekend of November 6 & 7. Organised by the Sint Maarten Yacht Club, the event will be sailed in identical Jeanneau Sun Fast 20 boats.

The event is open to fourteen teams of 3 or 4 competitors, with 4 teams to come from St Maarten. The entry fee will be $200 per team with confirmation of overseas entries to be in by October 17.

J Boats has introduced a fast, new J/65 racing/cruising sloop. The latest flagship is hoping to be the ultimate sailing yacht for J followers. Some 11,000 sailors already own a J Boat.

The J/65 is sloop-rigged, with a large, protected cockpit. The sailplan can accommodate a cruising set-up or powered-up, push-button performance program with overlapping headsails and asymmetric spinnakers.

One out of two for Orange II

But days later, Peyron just missed out on the Atlantic Crossing record, set at 4 days, 17 hours, 28 mins by Steve Fossett on PlayStation in 2001. Orange II reached the Lizard 31 minutes past the deadline. Peyron and his 10-man crew had paid the price of having to sail extra miles as a result of wind direction, but the overall performance puts and end to months of frustration for the French sailing legend.

A skipper who called the rescue services out twice in three days has been told to stay put until his boat is seaworthy. 67-year-old Mike Thompson, sailing out of Fife, Scotland, first called the lifeboat to rescue him after his engines failed. Days later, he requested help again when the rudder aboard 23ft Lady Marion fell off.

The bungling Captain left Dalgety Bay Sailing Club in thick fog, navigating without instruments. But when his engine packed in and the outboard fell off, he radioed local rescue services with his co-ordinates – which were six miles off!

Days later, the rudder of Lady Marion fell off with the vessel in a busy shipping lane. Despite a calamitous few days, Thompson is an experienced sailor with a history of racing yachts for Great Britain.

A Captain’s disturbing behaviour forced his crew to take drastic action, off the coast of Spain in early August. When the skipper of 36ft Argo, Spike Sellers, threatened to sink his vessel, fellow crew members Ivan Holroyd and girlfriend Rachel Rosen, overpowered the Captain, tied him up, and launched an SOS.

The incident happened 90 miles off the coast of Northern Spain. Rescue services brought the boat to the nearest port, where a local judge has ruled that Captain Sellers must pay a 4,000 Euro deposit to have his boat released. One local official described it as the strangest incident he had yet to witness in the port.

Just over a year ago, millionaire Christopher Matthews, 54, placed an advert looking for a jet-setting aide who needed to be “a highly intelligent workaholic with a skin like a rhinoceros” and warned “If you are married, get divorced now because you will never see your partner again.” Matthews, who made his fortune with an online dating business, had lived for the last four years on board 115ft, $9 million Tosca III, dividing his time between the Med and the Caribbean.

Sadly, Matthews and 28-year-old Jim Beauregard, the man who was eventually recruited to the $180,000 a year position, were both killed in a helicopter crash in Wisconsin, US in August.