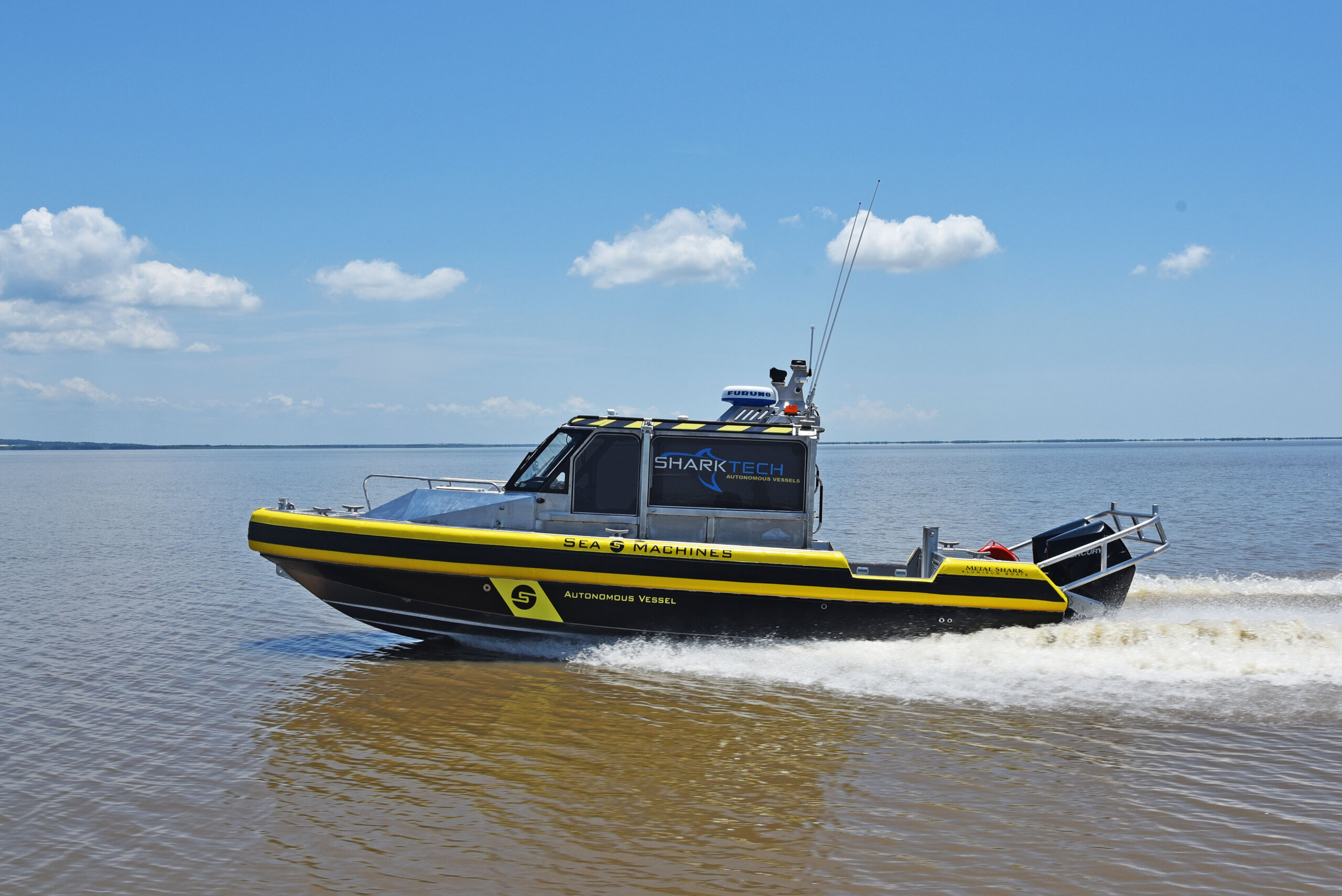 “We founded Sharktech in 2018 to streamline the customer’s path to autonomy by bridging the gap between the industry’s autonomous software developers and the traditional shipbuilder,” said Metal Shark CEO Chris Allard. “Now, in conjunction with Sea Machines we have developed a turn-key autonomous production model to be kept in our regular stock rotation and available for near-immediate delivery.”

“The decision to partner with Metal Shark is yet another example of Sea Machines’ commitment to delivering advanced technology to the commercial marine market,” said Sea Machines’ founder and CEO Michael G. Johnson. “With our systems installed on board, commercial operators and government users alike will benefit from increased operational productivity and safety, and will gain capabilities such as force multiplication, collaborative vessel operations and remote payload control – all of which allows operators to do more with less.”

Through Sea Machines’ SM300 autonomous control and monitoring system, the Sharktech 29 Defiant and all onboard systems are commanded via a direct wireless PC-based user interface. An industrialized remote control with joystick provides manual control for situations when autonomy mode is not required, and an available belt-pack remote allows for vessel, systems and payload control within a 1- to 2-kilometer range. 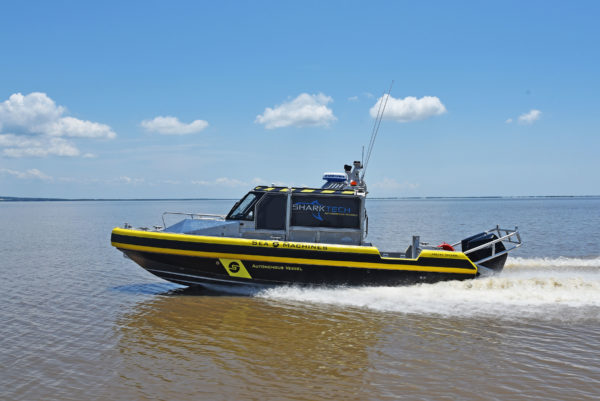 The system frees the operator from the helm to allow manned, technology-assisted control from anywhere onboard the vessel. Alternately, when unmanned operations are required, the vessel and its onboard systems may be monitored and controlled via network connections from a shoreside station or second vessel. Local situational awareness is provided to the remote operator via streaming video, ENC localization, radar, AIS and live environmental and deck machinery condition feeds. The vessel may also be operated autonomously in traditional (manned) mode.

Advanced mission planning and situational awareness capabilities round out the autonomous package. Routine software updates allow for system enhancements as additional refinements are made. The advanced Sea Machines technology suite has been integrated into a highly versatile, military-proven hull form. Nearly 400 Metal Shark 29 Defiant vessels are in service worldwide. Powered by twin outboard engines, the vessel achieves top speeds in excess of 45 knots. Like all Metal Shark offerings, the Sharktech 29 Defiant may be customized to suit unique mission requirements. However, to reduce lead times, a standardized configuration has been developed for the stock boats program.

“While many people still think of autonomous technology in future terms, it has already arrived,” said Allard.

“Together with Sea Machines we’re bringing autonomy to market in a ready form that operators can buy today and run tomorrow.”

Sea Machines is the leader in pioneering autonomous control and advanced perception systems for the marine industry. Based in Boston, with a branch in Hamburg, and founded in 2015, the company builds autonomous vessel software and systems, which increases the safety, productivity and performance of ships, workboats and commercial vessels. Learn more about Sea Machines at www.sea-machines.com.