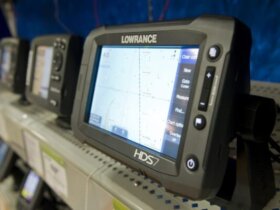 Miss Merco Marine, the 5 Liter Hydroplane that we sponsor participated in the New Martinsville Records & Regatta Challenge this past weekend in New Martinsville, WV. On the first day we finished 2nd in the elimination but then won the final! Also, Miss Merco Marine still holds the ¼ mile straight away record. Two boats attempted to break our record this year but were unsuccessful. Merco Marine is a manufacturer of boat dock building components and accessories. www.mercoboatdocks.com and can be reached at 304-737-3006.