Landing on the scoreboard early earned the US-based team aboard Layla the Top Boat trophy at the 21st Caicos Classic IGFA Billfish Release Tournament. Held July 7 to 11 and hosted out of the Blue Haven Marina, in Providenciales, Turks & Caicos. The keen contingent of anglers represented not only this British Overseas Territory, but also the countries of South Africa, the Bahamas, USA and Canada. Yet it was the US team that came on the strongest with three blue marlin releases.

“On the tournament’s first day we released two blue marlin and saw three while fishing near Parrot Cay,” says Capt. Todd Astles, at the helm of the 72-foot Jim Smith, Layla, owned by Jim Derrick, from Buffalo, New York. “Day two we couldn’t get a hook in the only blue we saw. Day three was exciting as we released a 400-pound-plus blue, the only marlin caught that day for us and the other competing boats.”

The Top Boat placing also earned Layla entry to represent the Turks & Caicos in the Offshore World Championship, which will be held in Costa Rica, in 2017.

“We are proud to be the team going to Costa Rica as a result of our win,” says Capt. Astles.

Team Spellbound, with Capt. Toby Weiner, finished second in the boat standings with two marlin releases. The team aboard Full Circle, with Capt. Anton Viljoen, ended third with one released blue marlin. It was South Africa native Gabriella Viljoen that made this release from the 43ft Riviera, Full Circle, to win the Top Female Angler award.

“After the first day only Layla and Spellbound had gotten on the scoreboard, fishing was slow, and we knew that a win would be tough. However, there was a very viable chance that we could win Top Female Angler,” says Viljoen, who, with her family, has spent the past two summers fishing through the Bahamas, Turks & Caicos and, last summer, the Dominican Republic. “Unfortunately the second day was to be my last as I had to fly to the US for exams at school. So we agreed that I would take the rod on the first bite that day. Within five minutes of fitting the stand-up gear to me, the fish hit.

The fight was an hour and forty four minutes long due to a combination of the big fish and using only the stand-up harness gear. My father, the captain, has a rule: If it’s not stand-up, it’s not sport fishing! We were the only boat that didn’t use a fighting chair.”

The Caicos Classic is the big blue marlin event of the year in the Turks & Caicos.

“It was great to see some of the regulars from years past return to Provo for the tournament, like Layla and Spellbound,” says tournament director Art Pickering. “Even though the bite was slow, most everyone had a shot or two at hooking up a blue marlin. As usual, our host, Blue Haven Marina went above and beyond expectations to make the event special.” 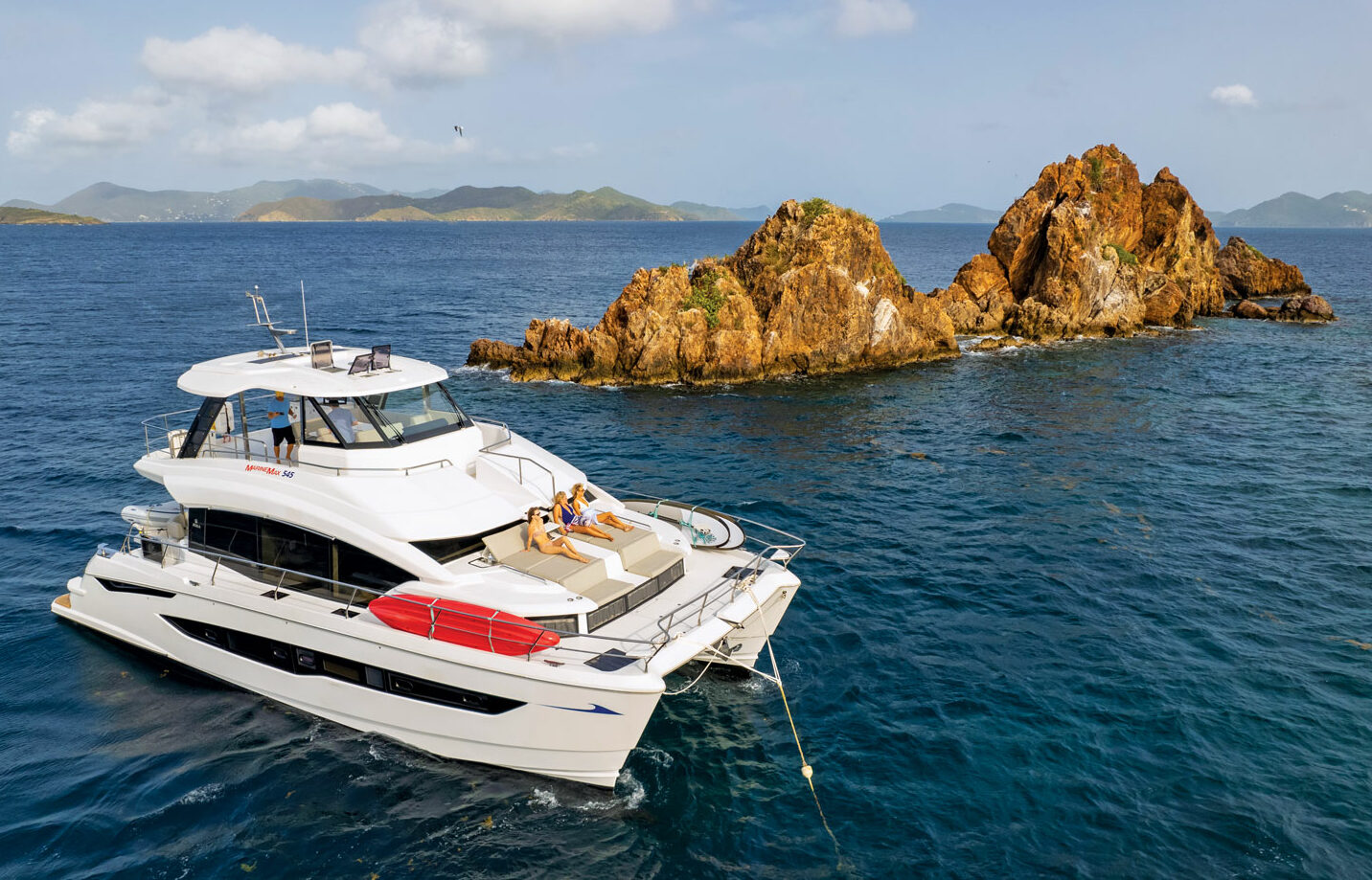