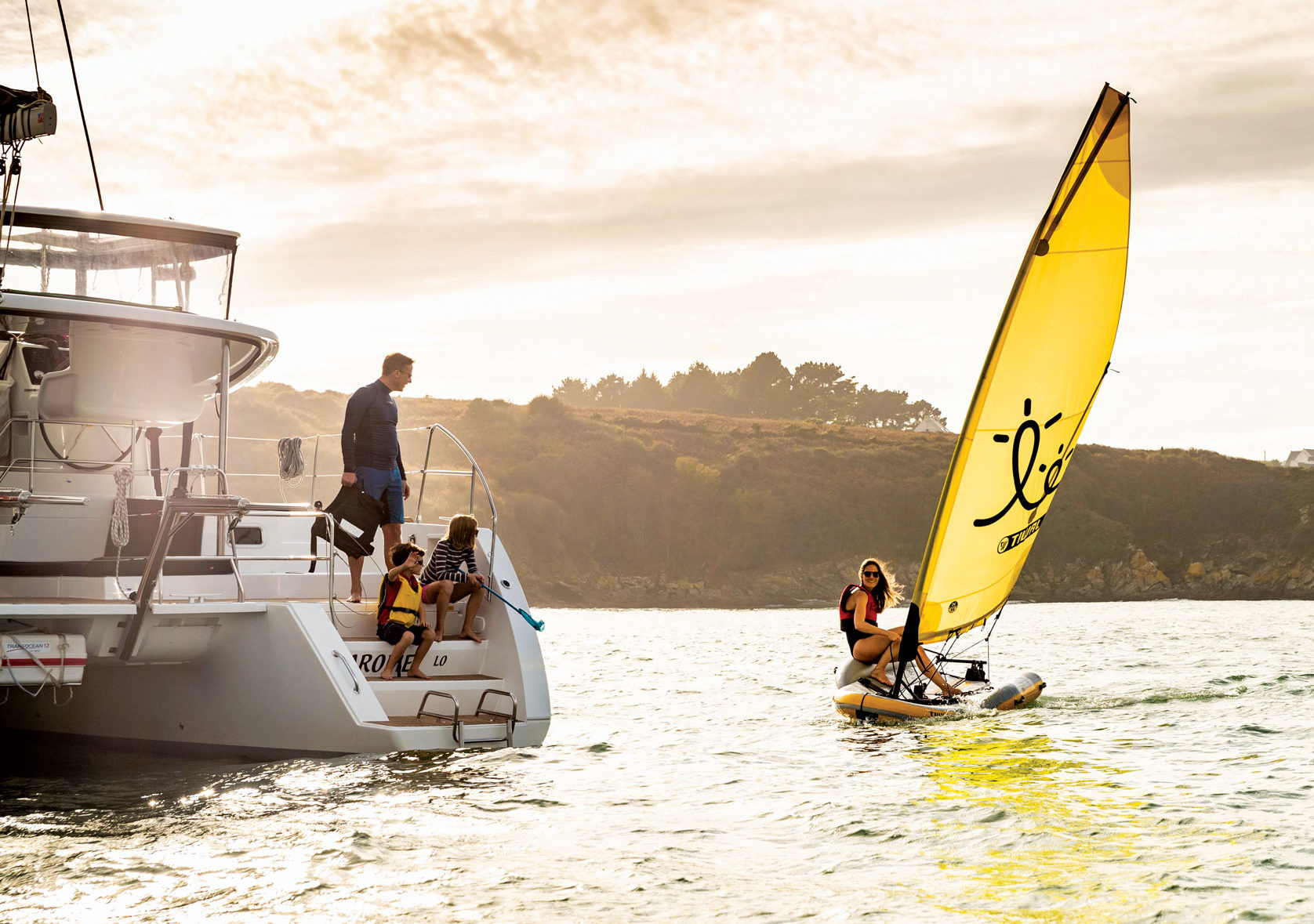 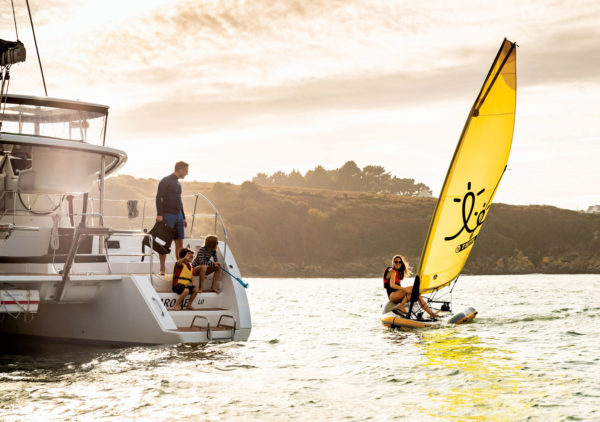 Inflate and out you go sailing. That’s the selling point of the Tiwal 2, the latest version of an inflatable sailing dinghy built by the 2012-founded company, Tiwal, based in Brittany, France. Named ‘boat of the year’ for 2020 by SAIL magazine, this could easily be the next ‘must have’ water toy aboard Caribbean-based private and charter yachts.

“Originally designed for the cruising boatowners’ market, the Tiwal 2 has won fans far beyond,” explains Tiwal designer and co-founder, Marion Excoffon, who dreamt up the idea of a folding air-filled boat when her father refused to lend her the family’s sailboat.

“There’s been a strong demand for a sports rig. Doing away with the constraint of winding the sail up around the mast when at anchor, we’ve developed a reefable sail from 52- to 65-sq ft), which is still loose-footed, and more powerful. The Tiwal 2 is also more portable, faster to assemble and easier to use.”

The Tiwal 2 measures 9’2” in length, with a 4’11” beam and 30” draft. It’s made of anodized aluminium with a carbon mast, weighs 88 pounds, can carry up to 330 pounds and ideally is sailed by one adult or one adult and one child. It easily packs in two bags. The distributor for Tiwal in the Caribbean is the company’s U.S. office in Cambridge, MA. www.tiwal.com 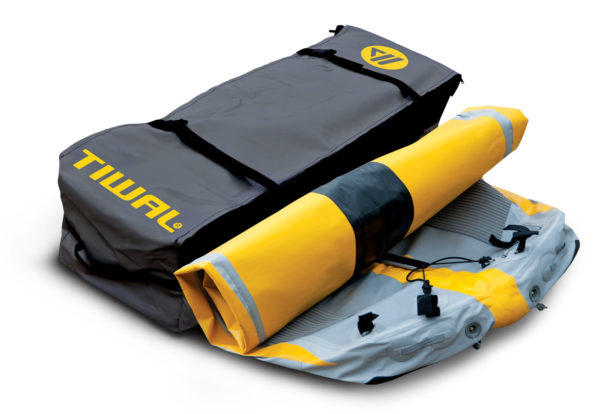