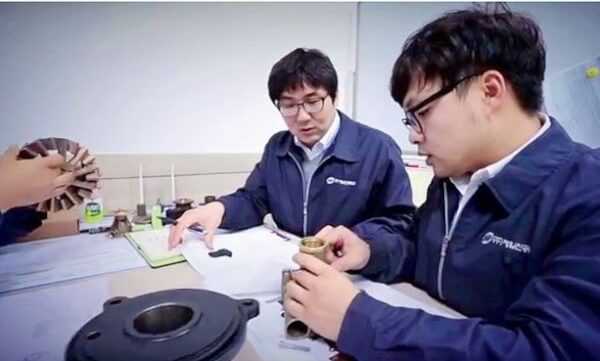 The saying ‘necessity is the mother of invention’ certainly applies to the founding of the JMP Corporation in 1977. Since its humble beginnings, the South Korea-based company with its U.S. headquarters in Miami, Florida, has grown to become a global leader in sea water pumps and strainers, and efficient, flexible impellers. Today, JMP has distributors in 20 countries worldwide with eight in North America alone.

“We attribute much of our success to embracing the challenge of change in the marketplace,” said manager, Chan ‘CJ’ Jeon, in a company statement. “It made us nimble and has allowed us to continually strive for excellence.”

JMP was founded by Jeon’s father, who was an independent engineer in South Korea at the time. The Korean Navy approached him to build pumps, as they were having problems finding parts from their current supplier. Jeon studied how the pumps functioned and designed his own to supply to the Korean Navy. He then studied the impellers, and once again created his own formula with special mixtures of rubber with infused wax. This launched the impeller business and the formalization of JMP. CJ Jeon and his brother joined the company in the early 2000s. The company currently has about 50 employees and its parts and equipment are used by companies such as Kohler, Doosan, Mitsubishi and Hyundai Seasall, as well as private boaters worldwide.

“Expanding into North America was key to the company’s growth. By providing greater product selection with superior quality, we gained our customer’s trust and quickly became the well-known brand of today,” according to Jeon.

JMP moved into a new facility about three years ago, which expanded its manufacturing capacities. The company has continued to acquire new OEM (original equipment manufacturer) accounts. Looking ahead, the company will continue to invest heavily in product expansion and innovation, according to Jeon. To celebrate its 40th anniversary, JMP will host a large celebration at its headquarters in South Korea later this year. www.jmpusa.com

For Blue Water, a Man-Overboard Alarm is a Must