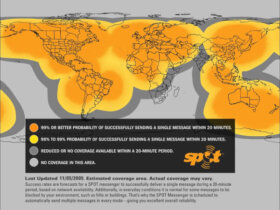 The Stan Tait Award, the association’s highest honor for “truly outstanding contributions” to Florida’s beaches, was presented to Mrs. Jacqueline Keiser, chief, coastal navigation section. Her nomination was endorsed by three local government project sponsors. She was instrumental in assisting local governments as they navigated a complicated recovery process from the storms of 2012.

The Richard Bonner Award for 2013 was presented to Col. Alan Dodd, district commander, for outstanding service by an individual representing the U.S. Army Corps of Engineers. The award recognizes Col. Dodd’s leadership and administrative efforts in overseeing a most effective and capable team, and addressing the needs of Florida’s storm damaged federal projects.

Hurricane Sandy and Tropical Storm Debbie brought an unprecedented amount of emergency projects to the Jacksonville District which resulted in 23 emergency projects that needed to be designed, advertised, permitted and awarded in just a few short months.

These projects included 13 beach projects, and 10 supplemental navigation projects with beach placement. A total of 8 million cubic yards of sand was placed on Florida’s beaches totaling $145 million. Jacksonville District delivered these projects in less than 30 days, which was earlier than required, and $20 million under budget.

“One year ago, there was one small federal beach project planned for construction this year,” said Keiser. “This team and our partners overcame unrelenting challenges to execute 22 additional projects and proved that with hard work, dedication, and teamwork that anything is possible.Florida’s federal beaches are being restored at an unprecedented pace to protect lives and infrastructure from the next storm we are faced with.”