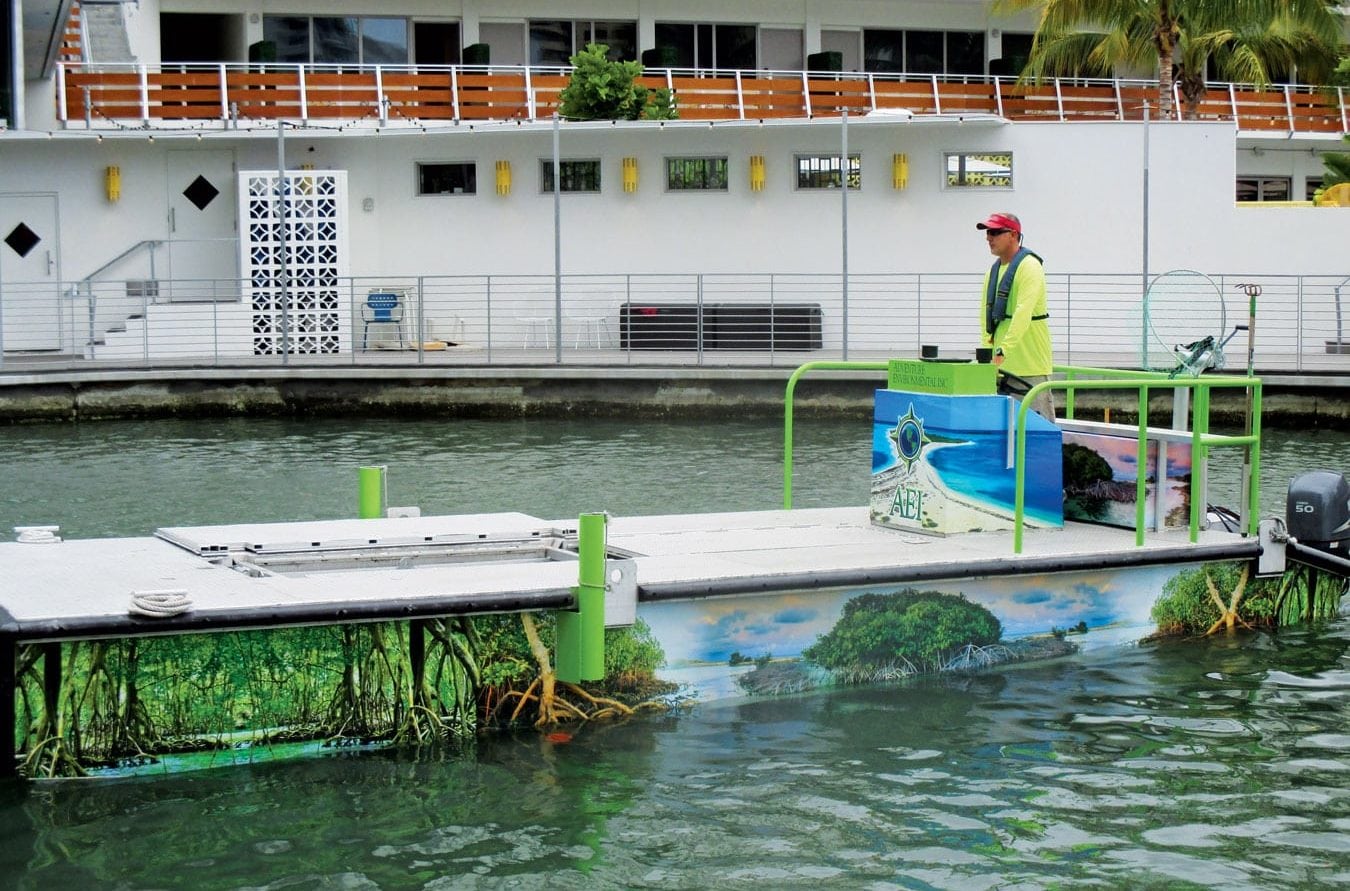 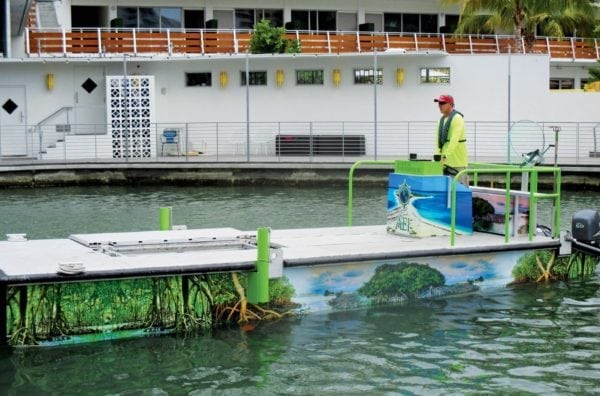 When Florida Keys developers dug canals to create waterfront residential areas off of U.S. Highway 1, the rock and sand in the canal was used as fill for homes’ foundations and roadways. But, not all canals were built in a way that they would receive sufficient water flow and circulation. There was little regard for prevailing winds or tides in the canals’ orientation. In all, more than 170 canals were dug in the Florida Keys. Over time, those only five feet deep at the closed end and 20-30 feet in the middle tended to develop problems. Canals became clogged with seaweed, sediment and solids and Monroe County determined it was time to find and enact environmentally-friendly solutions.

When solids sink to the canal bottom, they prevent dissolved oxygen from sustaining life in the canals. Canals started to stink from the decaying matter.

Most recently, Adventure Environmental, Inc. (AEI) has the right boat and technological contraption at the right time. Monroe County awarded this Miami-based business the contract to clean canals throughout the Upper Keys after a request for proposals drew three responses. In March, a pilot project began with an approximate $150,000 allocation. A water quality grant from the state under a Florida Keys Stewardship Act appropriation supports the effort.

AEI was founded more than 20 years ago in Monroe County specifically for the purpose of removing trash and debris from the marine waters of the Florida Keys and is a family-run business.

The company began its canal work in Monroe County shortly after the impact of Hurricane Georges in 1998 when AEI was hired to remove debris and legally trim mangroves in canal systems from Key West to Key Largo. 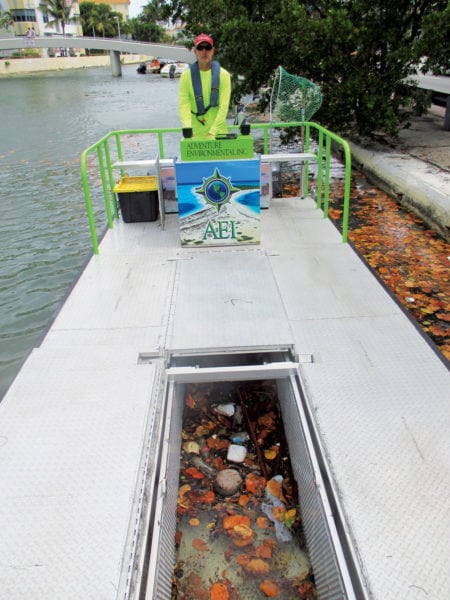 Since that time, AEI has been busy maintaining mangroves, working on seagrass restoration projects, removing derelict vessels, restoring canals and doing other types of environmental projects in and around the Keys.

Adventure Environmental’s current skimming contract is for 86 canals from Key Largo to Tavernier. The program may expand beyond Key Largo canals in the future. For now, the boat crew goes out on Tuesdays to clean bayside canals and Thursdays to oceanside canals from 8 a.m. to 4 p.m. with an estimated October conclusion.

AEI’s boat is designed to drive over seaweed and debris. The floating masses are gathered, raked through by the mate, and sorted. Garbage goes to the landfill; recyclables are recycled, and the clean seaweed – full of living sea creatures – is released into a flowing current so that it breaks apart and disperses; for example, near Channel Two and Channel Five. 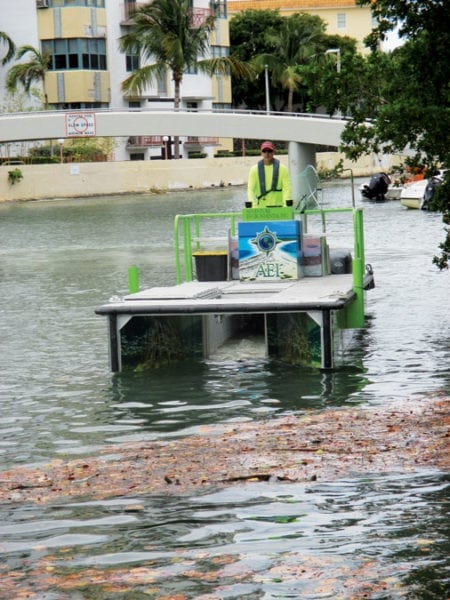 Other water quality restoration methods also have been utilized. The Monroe County canal management master plan, which addresses all county residential canals, recommended a restoration technique for improving the water quality in certain 30-feet deep canals by backfilling to a shallower depth. The aim is to eliminate deep stagnant pockets which are filled with methane and hydrogen sulfide gases and fill them to an elevation that can more easily flush with the natural tidal cycles.

A prior test project to improve canals’ water quality was not the quintessential solution, according to Rhonda Haag, Monroe County’s sustainability director. The county paid for air-curtain weed gates to block seagrass from entering canal systems. However, Hurricane Irma on Sept. 10 destroyed most of the gates, which require motors, power and maintenance, before their overall value and effectiveness could be determined.

“Water quality is our community’s lifeblood,” said County Commissioner George Neugent. “Our marine resources within the water column are important to property values.” And, of course, in attracting tourists.