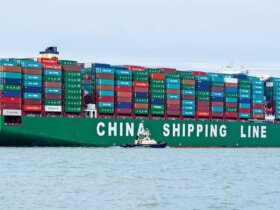 Recently, St. Martin and surrounding islands saw a high incidence of vessels going ashore, more in one month than in 2014 when hurricane Gonzalo blew through. Monohulls, multihulls (private and day charter) megayachts and ships have all ended up on the beach.

A French family saw their beautiful cruising boat break free from a mooring off Saba and wash ashore in Saba’s Ladder Bay. A tug pulled her off but the boat suffered extensive damage and her decks were awash before the tug’s crew lifted her clear of the water.

Shortly after, the Research/Survey vessel Elsa (157.5ft. 353 GRT) also broke free of the mooring she had been allocated in Saba and went ashore. At press time, the boat was leaking fuel, which was polluting the coast over a wide area. The authorities responsible for maintaining Saba’s moorings said they were strong and had been recently inspected.

At the end of February, the M/V Yacht Hop (formerly the Canadian trawler Cape Chidley, built 1976 and laid up in Lunenburg, Nova Scotia in 2009. 791 GRT) went ashore in Nettle Bay, French St. Martin. For a while she was aground in quite deep water with her bows facing out to sea but when nothing was done, she was pushed inshore and ended up beam-on outside a block of apartments, so close that she was almost in their swimming pool, making salvage infinitely more difficult. At press time reports say she had a hole in the bottom and 12ft of water in the engine room.

As you can expect, the groundings quickly became the talk of the waterfront and everyone had an opinion as to what caused them. Sailing pages on social media, especially Facebook, buzzed with the whys and wherefores. Debate was lively and, in what Americans call ‘Monday morning quarterbacking’, some comments were viciously hurtful. I wasn’t there and I certainly wasn’t on board any of the vessels when they went ashore but what seems certain is that human error, compounded by a distinct lack of common sense and good old-fashioned seamanship played its part.

A family cruising boat secured to what they are assured is a safe mooring is one thing, and perhaps it can be written off as bad luck, but for a large commercial vessel to be left without crew capable of starting the engines or dropping a second anchor in an emergency is totally unacceptable and probably criminal.