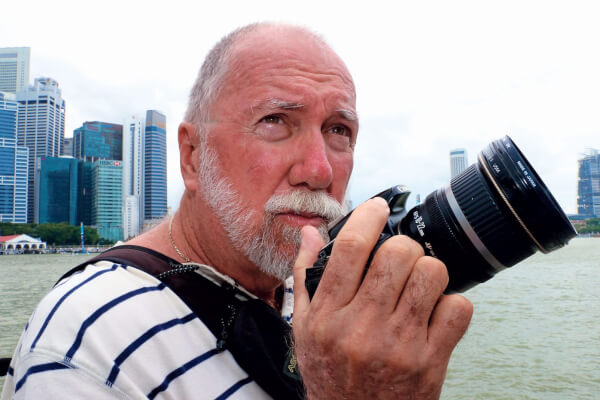 Isn’t it wonderful that the navigator of the Volvo 70 Vestas Wind had the very latest in high-technology electronic charts—the most state-of-the-art navigation software imaginable—otherwise he’d never have been able to pile up that multi-million dollar racing machine on that tiny little reef that Magellan (and so many other vessels) managed to miss thousands of times over the course of hundreds of years.

Yes, the chances of finding the tiny (less than a square mile) Cargados Carajos Shoals without such pin-point WAAS-enabled GPS gear—especially at night—are slim. Luckily, the vessel’s pro navigator was up to the task.

Of course, the Volvo race crews are among the highest paid and highest educated sailors in the world. You wouldn’t want your world-famous, multi-million dollar vessel run aground by some minimum-wage, college drop-out, would you?

Alas, the insurance company and the shore team didn’t see the humor in the situation. The skipper blamed the navi (wrong) guesser … who, in turn, blamed the ‘software package’ as the true villain.

Ah, for the good ole days of yore when the skipper said, sadly, as he went down with his ship, “I screwed up, lads! Totally my fault. Sorry!”

Nowadays marine disasters aren’t really too disastrous if the CEO’s stock price doesn’t fall on the Big Board. Yes, hi-tech allows us mariners to be stupider and stupider—and ever more and more well informed—while still managing to lose our vessels at every opportunity.

Of course, Volvo 70s are weight and space sensitive. There’s only so much crap you can pile on a lightweight racing yacht to assist you with being dumb. Not so, on an ocean liner like the Costa Concordia. The bridge on that gigantic vessel was huge and long and totally up-to-the-minute. Thus, the eventual maritime disaster specialists were able to pinpoint where the vessel grounded within millimeters by its sophisticated instruments and, well, by the giant vessel stuck there. There were 4,252 passengers and crew aboard—any one of which could have done as good as job as its skipper Francesco Schettino.

The Costa piled up on January 13 2012, sort of a ‘trick or treat’ day for the sailing unwary. Perhaps diverting for that pizza wasn’t such a good idea? Within moments, the engineer in the engine room notified the bridge that the 230-foot long tear in the hull was ‘taking water’. Duh!

Actually, Cap’n Franco figured he was in the doghouse. That’s why he (widely reported in the media) rushed to a nearby hotel, showered, and watched most of the remaining disaster unfold on television. Yes, it was a very Italian vessel, was the Costa, and, as one crewmember was reported to have said, “That’s a gonna cost ya, Skipper,” as they piled her up.

It did. Sixteen years was the jail sentence.

Even before the passengers started drowning, the spin doctors got to work. The vessel didn’t run aground. That sounded too old-fashion, too mundane, and far too avoidable. Instead, she ‘came in contact with an object on the ocean floor’.

Nonetheless, who knows what evil lurks on the seabed—ever ready to trick brave, competent mariners to their deaths?

The ship was a total loss and a total disgrace. And yet, the company gamely tried to put its best PR foot forward with, “… her steel will be recycled!” How nice.

Of course, none of us should throw the first stone. I, personally, have inadvertently run aground numerous times. And there but for the grace of God (and 4,000+ passengers) go I. What amazes me ain’t how stupid I am—but rather how stupid I can still be with all the electronic help I have. But we humans are just that—humans. We like to show off. There’s nothing we can’t screw up. We delight zooming in too close to the rocks and bravely waving—like Cap’n Franco.

A perfect example is AIS—the Automatic Identification System we use to avoid being run over by freighters. Well, at least, that’s what I originally thought we’d use if for, until I overhead a fellow yachtsman say, “I used to only sleep fitfully at night—terrified I would be run over. Now I get eight-straight, thanks to the AIS!”

During the start of a recent ARC (Atlantic Rally for Cruiser) event, I watched the newbie skipper of a 67-foot brand new three-tier-layer-cake catamaran maneuvering on the windy starting line by jabbing frantically at his iPad app… woe is us, King Neptune! (I kid you not. He never looked around; not once. Perhaps the ‘real world’ vessels careening by him were too intimidating—so he stayed resolutely glued to his video screen. I heard later that he also had a radar overlay, an AIS overlay, a nearest rum shop overlay, and a mermaid-locator overlay on his shipboard iPad app.)

Two years later I saw him in New Zealand—with a long face. He’d just hauled out his multi-zillion dollar cattlemaran—and it had ‘drooped’ around its slings.

“That’s when the slings take up and—instead of picking up the boat—they just crush deep into its balsa core instead.”

“Were you using a Hauling App,” I asked.

… the greenhorn guy believed me but I guess he was kinda iGullible!

My favorite marine equipment communicates via SeaTalk—which is a programmer’s language to transfer owner’s wealth to technician’s bank account, often and forever.

“But what exactly does SeaTalk say?” I asked a wealthy marine tech dude carrying his toolbox back to his Rolls Royce in Sint Maarten.

“It says, welllllllll … mostly, it says, I need more money!”

NEMA is pretty much the same thing—but aimed at a broader market. NEMA stands for New Electro Marine Ass…. ets! (What did you think I meant?)

Actually, I’m fascinated by the prissiness of modern marine electro-techno nomenclature. For instance, ‘interface’ has nothing to do with the number 69 at all!

Even my bilge pumps are now smart. My latest Rule 8,000,000 ‘samples’ my bilge hundreds of time a second—which indicates to me it is actually eager to learn I’m sinking. I mean, surely, ten times a second would be plenty on a slow cruising tub like my Ganesh? And, honestly, how all those eight million gallons get crammed through that three-quarter inch hose in an hour is beyond me.

GRIBs are the weather report data we have faxed to us via our Pactor Modem from NOAA—a government agency that stands for Not Often Accurate Advisories. (The accuracy of GRIB files vary, according to a legal ‘digital deniability sheet’ that accompanies them, but are usually plus or minus 100 knots, but with major errors ‘higher in the gusts’.)

Yes, it is easy to make a mistake and get confused by all the initials, as happened to my wife when someone asked, “Who’s your husband?” She told them “the SOB in the PFD” and pissed me off so much I told her she was going to be SOL ASAP!

All she did was LOL, alas.

Perhaps the most irritating thing on our boat is our new DSC VHF radio—which beeps obnoxiously every time I decide to polish the head seat, procreate, or saw some ZZZZs. I have also disabled my VESPER drag alarm. Now if I could only find a way to shut off the transgender alert as well. Both of these functions seem a tad unkind since there is no hetero beep option that I can find.

When we first purchased our boat from JC’s Boat Yard in Marigot, FWI, it had an electro gizmo the previous owner must have stolen from a submarine. It randomly and crazily blinked ‘sub-intelligent’ each time I walked by. (The sarcastic sailor in Antigua who claimed it was a ‘skipper IQ meter’ was never invited back aboard.)

The main thing my wife and I like about modern marine tech is the amazing, astounding, totally unexpected immortality of it. Our mistakes can live forever in cyberspace. Just think—right this moment some sailing idiot with a GoPro is committing suicide somewhere in the world—and is too dumb to know it … But, hey, at least everyone on YouTube will get a final Darwinian laugh at their expense.

Ah, I bet Joshua Slocum is sorry he missed it!