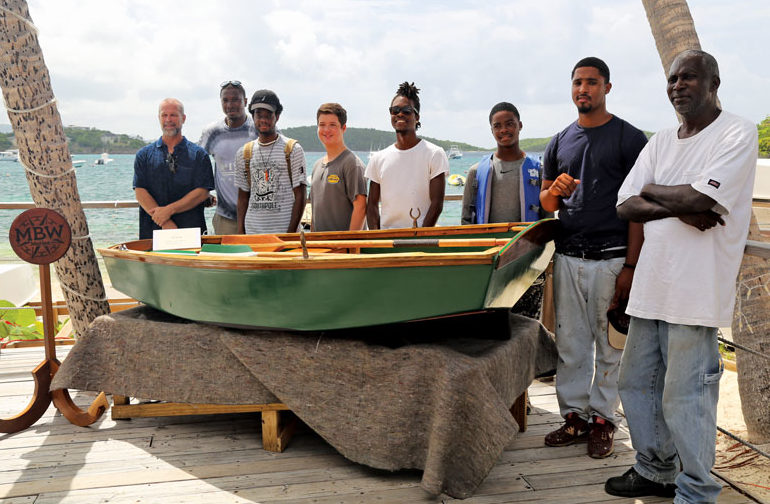 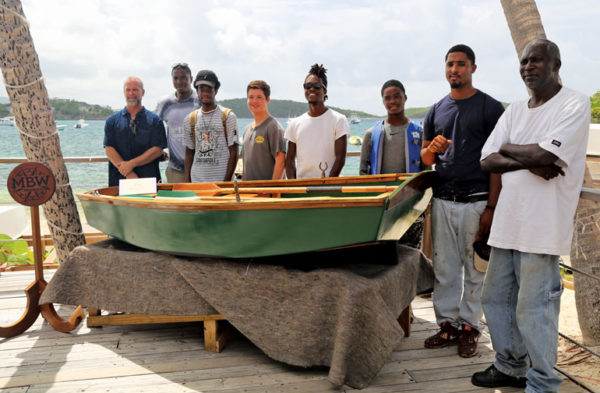 When a rowboat named Grace was launched in July, it was a tangible sign of success for the My Brothers Workshop (MBW) Marine program. MBW, an organization started in 2007 to provide income-earning vocational skills to troubled teens and twenty-somethings, added the marine-based component to its program last year. This was possible thanks to a partnership between the nonprofit and the U.S. Virgin Islands’ marine community with monies from the Marine Rebuild Fund, which was  started in the wake of 2017’s major hurricanes.

“The students made templates of half the bottom, one side, and both transoms after taking measurements from the mangled fiberglass pram that trainer Stan Lorbach salvaged years ago. Grace was constructed using the ‘stitch & glue’ method, which involves tying each piece to one another using 8-inch ‘stitches’ of thin, galvanized wire and ‘glued’ with two-part epoxy. This is generally considered one of the simplest methods of building a small boat, which is why MBW chose it as the method for their first project. As the students’ skills develop, increasingly complex construction methods as well as larger, more sophisticated boats will be built,” explains Jenny Hawkes, MBW’s executive director.