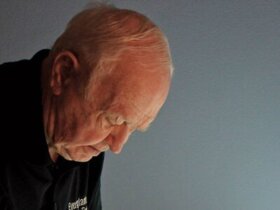 Seven boats and
42 anglers took part in last weekend’s overnight Bottom Fishing
Tournament. Staged over Saturday and Sunday, the event followed on the heels of
last month’s Bara Bonanza. The event also gave new anglers, aboard
Free Willy, an insight into the world of
game fishing—starting at the bottom being the basis of any thorough
education!

The eye-closing event began around
eight on Saturday night with a star-peppered sky and Lionel Ritchie for company
as the 36ft Bertram, Xiphius
Seeker, began her campaign opposite
Sandals Grande.

“Hello, is it me your looking for?” crooned Sandals resident Ritchie to
the paying guests—and more than a few anglers—as the song reached
across the waves.

“No!” replied the crew
in unison.

A shoal of Trevally were more of what we were looking for and
anglers were kept busy in the feeding frenzy, albeit not for long.

A decent sized Crevalle
kept spirits up and the night looked promising, but the owner’s lack of
appreciation of dear Lionel proved the deciding factor. “He’s crap,
let’s move. We didn’t come here for singing,” said owner Tony
Windsor—not in the mood for debate.

Captain Ram fired up the twin
Perkins as we drowned out Lionel and roared into the night.
In deep water off Hess, we picked up some nice Snapper. However, the current
and wind stiffened and we headed off to Marigot, hiding from both.

We were anchored in Marigot.
Tony’s rod was bent double and the line sang in the freshening breeze as
he hung on to: a) a large Tarpon; b) the bottom; c) sanity.

Sniggering suggestions of the
biggest eel ever, ‘they swim backwards and slip back into their caves you
know?’ or ‘don’t pull too hard, you might have the
plug,’ did little to distract Tony from the task at hand—to scoop
fame and fortune with the recalcitrant monster below.

“I can feel it
moving,” said Tony as the rod bent and the Bertram moved backwards,
straining on the anchor rope—something had to give. With a crack like a
pistol shot, the line and bottom parted company. A bewildered Tony turned to
the crew with arms outstretched—rod in hand—and invited comment.
The loyal crew scratched their heads and in unison nodded. Yep, that was
probably the biggest and sneakiest eel/tarpon ever (no mention ever being made
of the plug).

As the weather settled, we moved
inshore and pick up some nice redfish and, as the first lights of daylight
threaded through the silhouetted clouds, we decided on one last venue.

Close to the Barrel of Beef, we
spent our last hour or so. Not much here and we were all spent, and
couldn’t decide if it should be ‘back at six’ or
‘pull-up lines at six.’

Tony was in the fighting chair and
adamant it should be in at six. Captain Ram, who’s always, let’s
say, tardy, plumped for the other—mistake!

We were the last ones in, and
around 10 minutes late—it was in at the dock for six. Vice President of
the Game Fishing Association, Milton Mackenzie, waved a finger and laughed as
he threatened to dock five thousand points from our weight for being late.

But it wouldn’t have mattered, the Xiphius Seeker
earned a massive 1650 points taking first place followed by
Team Misbehaving (Bing and Co) with 800
points. Next was Team Cable &
Wireless with 625 points, fourth and final place going to
Team Raquet Club
with 450 points.

All in all, a
successful tournament. It gave the sport more exposure to a wider
audience and built momentum for the October Billfish Tournament—now
that’s another story!