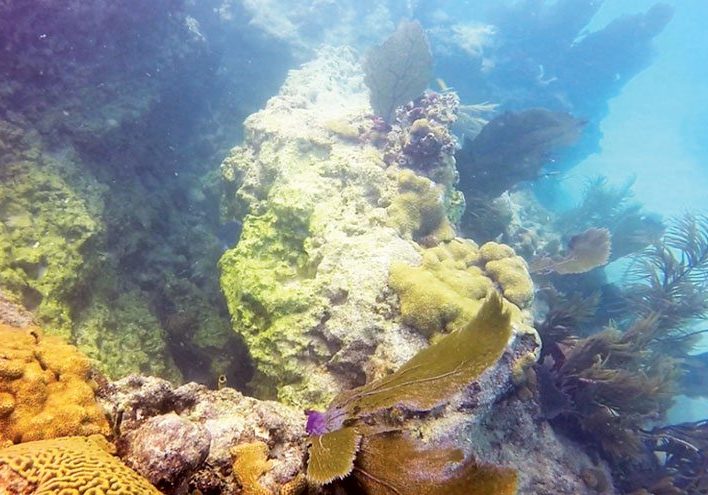 There is good news and bad news for those who love to dive and snorkel coral reefs in the Florida Keys. Keys-based dive operators and scientists have weighed in on what they have found beneath the sea in the months following powerful Hurricane Irma, which roared across the Florida Keys Sept. 10. The wide category four storm came ashore in the Lower and Middle Keys, near precious Looe Key reef off of Big Pine Key, which was devastated, as well as in Marathon, nicknamed the heart of the Florida Keys due to its central location along the island chain. While monitoring the reefs’ health is ongoing, all seemed to agree it could have been worse, and that the reefs did their job in making the land-based destruction less severe than it may have been without their protective presence.

Coral reef restoration supporters experienced a major setback from Irma as the coral nurseries that were so painstakingly planted undersea were destroyed by the storm and floating debris which served as battering rams on the fragile coral. But, the researchers and volunteers are determined to carry on the fight to enhance the reefs through growing and transplanting coral.

Meanwhile, a dive operator in Key Largo was much relieved a few days after the storm when an excursion left him and his cohorts feeling fortunate to have been further from the eye of the hurricane.

Mote Marine Laboratory in Summerland Key and the Coral Restoration Foundation (CRF) in Key Largo have been planting coral on the reefs through an innovative process developed by Ken Nedimyer of Key Largo. Staghorn corals, mountainous star coral, lobed star coral, boulder star coral and pillar coral are grown in the labs. At it for years now, the coral nurseries planted on reefs throughout the Keys have served as “warehouses” for replacing different kinds of coral that have suffered from human activity and coral bleaching.

The scientists have found that some nursery sites fare better than others, and still have to determine why some sites repeatedly succumb to disease. 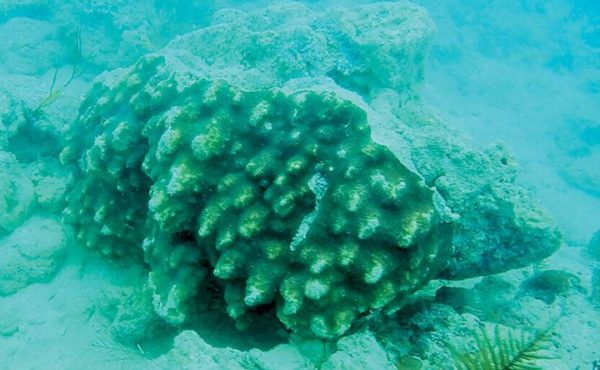 At the top of the island chain, divers from Rainbow Reef in Key Largo checked corals at Molasses Reef, Grecian Rocks, the Christ of the Abyss statue near John Pennekamp Coral Reef State Park, the Spiegel Grove and French Reef – and were surprised.

They noted some of the reefs became deeper because sand moved, creating a sensation of diving a new site. And at the Benwood wreck site, the hurricane shifted sands leading to the discovery of an anchor that had laid beneath the sea for decades. At the Duane shipwreck, which was a retired U.S. Coast Guard cutter, a top section of a smokestack was removed by the hurricane, according to a local report, prompting the diver to call it more interesting now.

Day after day, the reef seems to be rebounding, healing itself as more fish appear according to divers who return to these sites. If time heals all wounds, as the saying goes, it may just take a while before the Keys reefs are like they were prior to Irma. However, as some observed, the changes are noteworthy and definitely providing incentive to keep creating coral nurseries for coral restoration.