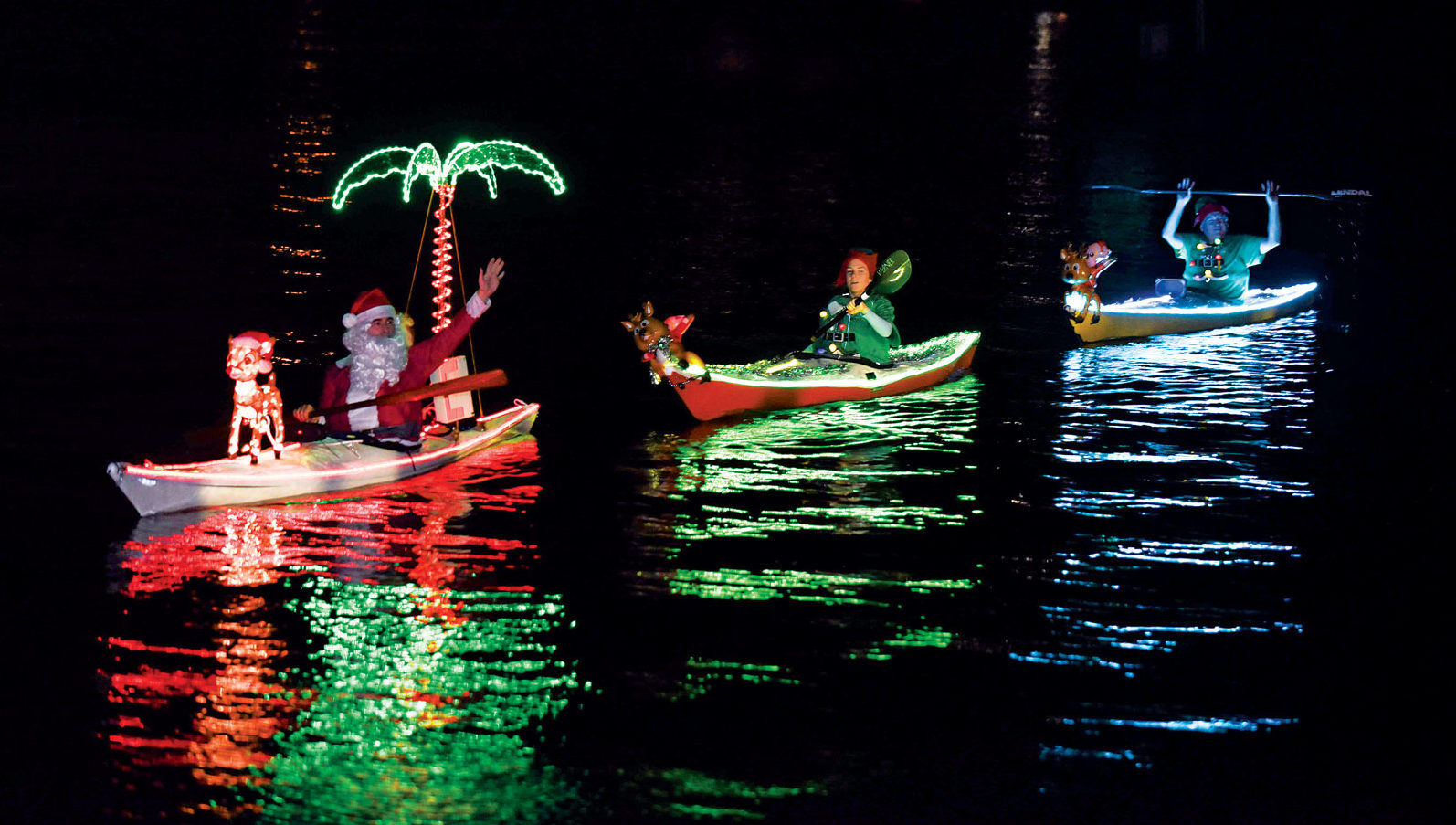 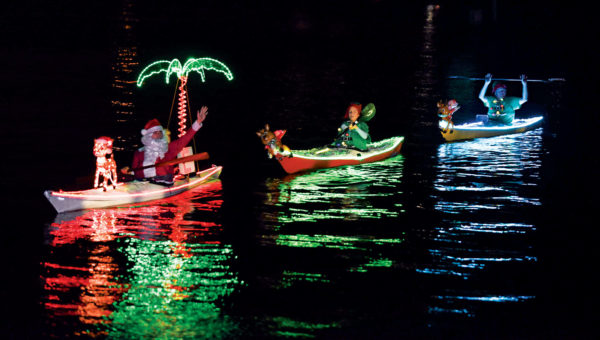 Deck your yacht with bow-fuls of jolly Santa’s. Or, navigate to the waterfront for a front row seat for seaworthy festivities. There are several holiday lighted boat parades to participate or spectate in South Florida and the Keys. Here’s a how-to sampling of six:

The whole community participates in making the evening special, says Michele Miller, director of operations for the Marine Industries Association of the Treasure Coast, based in Stuart. “The boaters are very excited to show off their hard work. The community really lets them know with cheers from the shore during the parade, coming to see the boats at the end of the parade, and by attending the various functions afterwards where winners are announced.”

Excellent viewing areas include the Causeway Park and along the River Walk. The parade is free for entrants and spectators. To enter, visit: www.miatc.com

This free, family-friendly event is a yearly tradition for locals and visitors alike. Many bring a picnic to eat while watching the parade, as well as a new unwrapped toy to donate to the Marine Toys for Tots Program that happens at the same time.

“The boats are always decked out to awe the panel of judges, who award the cash prizes,” says Tracy Smith-Coffey, marketing and business development specialist for the Boynton Beach Community Redevelopment Agency. “The watch party starts at 6:30 p.m. at the Boynton Harbor Marina. There is live music setting the stage for the parade.”

This holiday illumination show can be viewed in Boynton Beach from Boynton Harbor Marina, Intracoastal Park, Jaycee Park and in Delray Beach from Veterans Park and Knowles Park. To enter, visit catchboynton.com

New this year, the date is a Friday rather than Saturday, says Rhonda Bunker, event chair. “I am very excited about our 56th annual parade for many reasons.  We moved to a Friday night after requests from our participating Captains, and this has increased participation and ignited community excitement. Secondly, members of Freedom Fighter Outdoors will be our Grand Marshals. Also, Stoneman Douglas Survivor and Senior, Samantha Grady will perform the National Anthem, as the Coast Guard raises the U.S.  flag from their boat at the parade’s start. Finally, I’ll be joined in the broadcast booth by Victoria Burgess, who recently paddle-boarded from Cuba to Key West.”

Sands Harbor Marina is a great spot to view the parade. To enter, Email: [email protected] 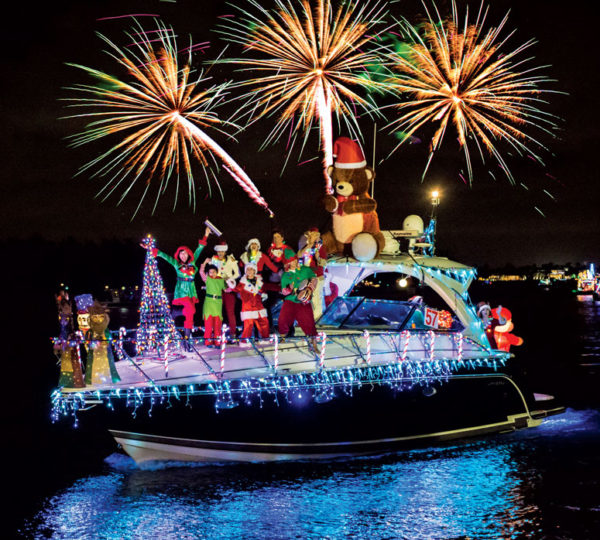 Winterfest is an amazing parade that definitely lives up to its tag line: the Greatest Show on H20!  It’s a perfect blend of community supporters and business partners allowing the organization to develop amazing entries, according to Kathy Keleher, marketing and parade director. “New this year is the theme, ‘Best of the 80’s’. We will have barges with bands, seabreachers and some other exciting entries.”

Enter your private boat, or charter a boat either decorated or ready-to-decorate, or buy a ticket to be on one of the boat’s parading. Categories include: private, charter, commercial, showboat, barge, classic, nonprofit, sailboat, and pre-show: paddleboards, kayaks and gondolas.

Festivities start at 6 p.m. with the Gerald Adams Elementary Steel Your Heart Band and the Bahama Village entertaining with calypso Christmas carols. After that, entries that range from 12-foot kayaks to 105-foot schooners, floating tiki huts, charter boats and private vessels parade along the old town’s historic waterfront.

“Every year our island’s creative mariners put on a dazzling display of creativity and originality that is amazing. Visitors and locals alike eagerly look forward to our holiday maritime parade,” says organizer, Sheree Ruf.

The best place to watch is at Schooner Wharf where the judges stand is located. To enter, visit: SchoonerWharf.com

Vessels of all shapes and sizes, including kayaks and paddleboards, enter this more intimate parade and present to the judges and viewing areas with enthusiasm, says Monika Amar, community events coordinator for the City of Boca Raton. “Each vessel has their time to shine in the lineup, and in comparison to the larger parades, our 60 to 80 entries are not overshadowed by the celebrity/popstar factor of some other cities. Their individual effort in decorating and putting on a show is noticed and awarded.”

New this year is a later date to welcome decorated boats from the Winterfest Parade.