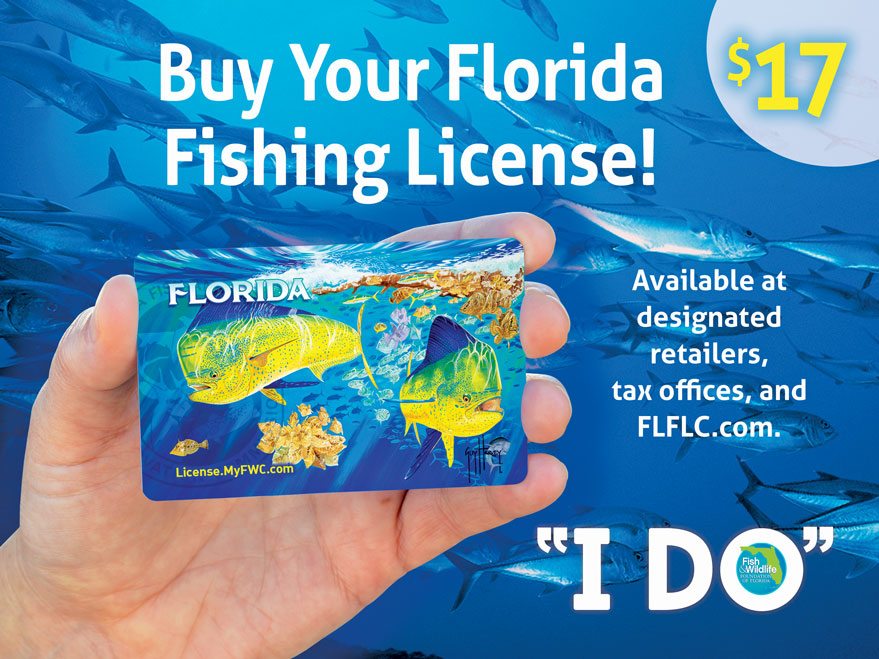 The Florida peninsula, surrounded by salt seas, ranks number one in the nation for boating based on annual sales, most recently totaled at $1.47 billion, according to the Chicago based National Marine Manufacturers Association (NMMA). What’s more, an estimated 70 percent of the boaters fish while on the water. It was a natural then that in October, the NMMA became a new conservation partner with the Fish & Wildlife Foundation of Florida (FWFF). The new partnership will be on display in a big way when NMMA hosts a booth for the FWFF in the new Sports Fishing Pavilion at the February Miami International Boat Show. It will provide an excellent opportunity for attendees to learn all about the FWFF, its programs and how they can participate in conservation efforts.

“It’s a real honor to have the NMMA as our partner,” says Tim O’Neil, marketing director for the FWFF. The nonprofit started in 1994 as the citizen support group for the Florida Fish & Wildlife Conservation Commission, with a mission to ensure the conservation and enhancement of the state’s fish and wildlife resources for future generations. “This not only validates our conservation work but helps us take it to the next level,” O’Neil continues.

One of the FWFF’s latest initiatives is the ‘I Do’ campaign. It’s an effort to encourage all 3 million anglers in Florida, plus the more than 47 million anglers in the U.S. who may vacation in the state and drop a line, to spend $17 to buy a fishing license.

“Some people think that buying a fishing license is just another government tax,” O’Neil explains. “However, every time a license is purchased, these funds are used by the U.S. Fish & Wildlife Service through its Sport Fish Restoration Program for conservation projects like acquiring and improving fish habitats, conducting fisheries research, maintaining public access and providing aquatic resource education opportunities.” 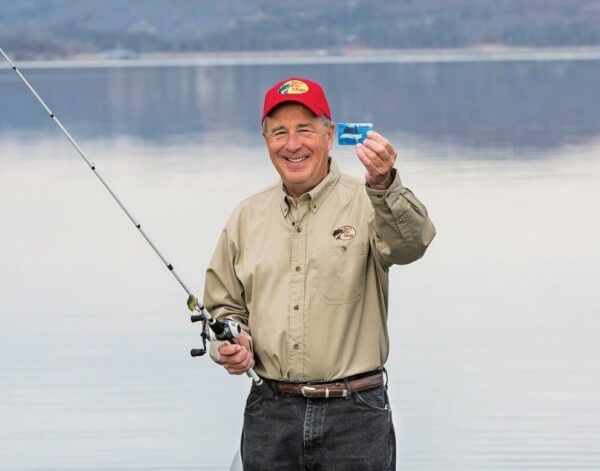 One-third of Florida’s anglers are licensed and the FWFF goal is to encourage the remaining two thirds to buy. The group will be selling fishing licenses at its booth at the Miami International Boat Show. In addition, it has enlisted the help of influential sports fishermen like Johnny Morris, Capt. Rick Murphy and Peter Miller. Morris is founder and chief executive officer of Bass Pro Shops. Murphy and Miller are South Florida natives. Murphy is host and executive producer of Sportsman’s Adventures, while Miller emcees Bass 2 Billfish on the NBC Sports Network. These men are featured in print, TV and social advertising for the FWFF ‘I Do’ campaign. O’Neil says the FWFF is expanding outside the industry for celebrity endorsements just as the dairy industry did with its iconic ‘Got Milk’ campaign.The Foundation wants to grow ‘I Do’ into a catchphrase as familiar as the American Express tagline…’Don’t leave home without it’. 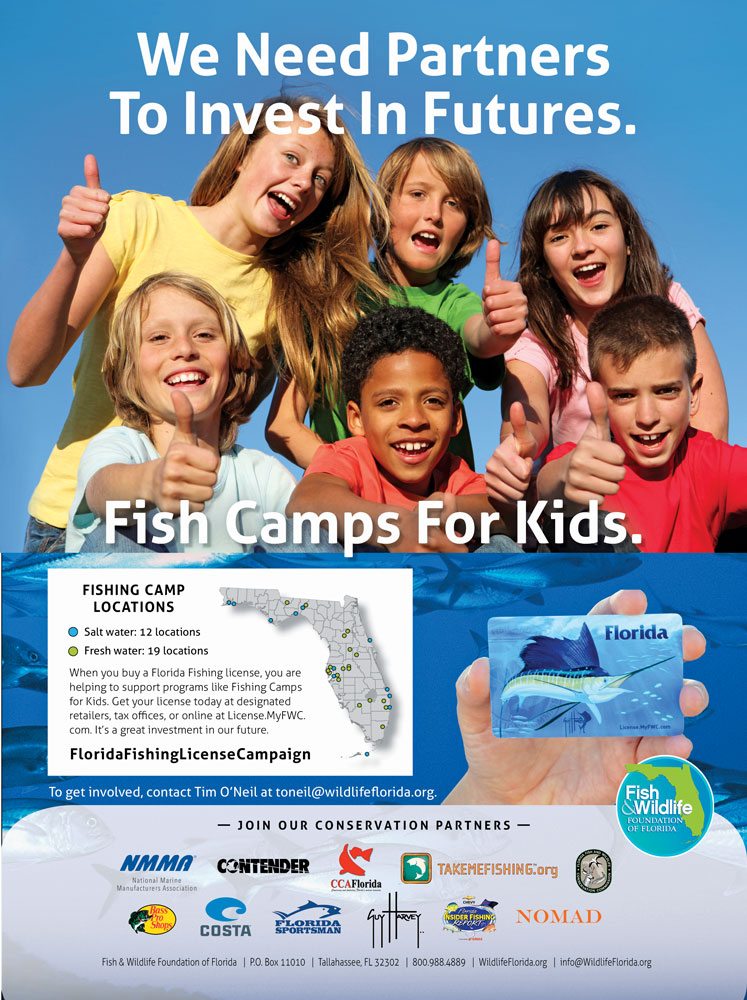 “We are especially focused on promoting kids under the age of 17 to buy a fishing license. They can take great pride in having something with their name on it and it helps to promote sports fishing and fisheries conservation in the next generation,” says O’Neil.

Fish camps are another of the FWFF initiatives. The five-day camps expose 9- to 14-year olds to fishing and the skills they need to be successful outdoors. Some 60 saltwater and freshwater camps were held throughout the state last year including in Miami-Dade county and the Florida Keys. O’Neil would like to see these camps expand to 600 or 6000 annually in the future. Part of the funding will come from the FWFF conservation partners as well as fundraising activities such as the organization’s annual BlueGreen event. The $300,000-plus raised at this event in 2015 will be used to help renovate the Everglades Youth Conservation Camp. This camp, located on the Corbett Wildlife Management Area near Palm Beach, has served youth in South Florida since 1960.

One of the next FWFF intentions is reaching out to the Hispanic community. Statistics show 20 percent of the population fishes, but only 4 to 5 percent buy licenses. To this end, the FWFF has enlisted the spokesperson help of Diego Toiran, creator of the Spanish-language television fishing show, ‘Pescando en los Cayos’ (Fishing in the Keys). Along with ‘I Do,’ O’Neil would like to ensure ten percent of fishing camps cater to Spanish-speaking youngsters.

“Next up, we’ll be launching a new campaign and a big contest at the Miami International Boat Show, thanks to having the booth platform sponsored by our latest conservation partner, the NNMA,” O’Neil says.