St. Thomas, U.S. Virgin Islands. Courses changed but the winds remained the blustery-same as the 69-boat fleet set sail on the second day of racing at the St. Thomas International Regatta (STIR). Shorter round-the-buoy and round-the-island races off the island’s east end combined with 20-plus knots of breeze enabled the race committee to fire off as many as five and four races, respectively, in the beach cat and one-design IC-24 classes.

“We retired during the first race today. It was just too rough and windy at the top mark in Pillsbury Sound where the currents met and there were huge faces. The Nacra 17 sails on the surface, the boat almost planes, and that makes it more skittish to sail in heavy conditions,” explains the USVI’s John Holmberg, who ultimately skippered his Flight Risk to the top of the six boat beach cat class. Holmberg and crew Terri McKenna hope to earn one of the 10 slots up for grabs for the 2016 Summer Olympics in the Nacra 17 class in September at the ISAF Sailing World Championships in Spain. “We got back in and finished the other four races today and we won them all.”

Team Line Honors, helmed by the USVI’s Taylor Canfield, took over the lead in this 15-boat IC24 class from Puerto Rico’s Marco Teixidor aboard Cachondo. Ironically, Canfield, the top ranked match racer in the world, and Teixidor, a graduate of Georgetown University where he earn an All-American Honorable Mention as crew, have raced against each other since the Optimist dinghy days. Only two points separate these top two teams.

Even IC-24 teams that didn’t top the scoreboard had a great day in this highly-competitive class. “It was challenging with strong and shifty winds. Yet, the races were very tight and that is what’s fun,” explains the USVI’s JP Montegut, who skippered Boat Drinks. Montegut is also Commodore of the STIR host St. Thomas Yacht Club.

The big boats in the CSA Racing 0 class reveled in the big breeze. Near Miss, Switzerland’s Franck Noel’s TP 52, clearly showed its team’s proficiency on the short courses of today compared to the distance races yesterday by maintaining and stretching their class lead. Yet, Luis Kallis, jib trimmer aboard the Barcelona, Spain-based TP 52, Balearia, which is currently sixth in this six-boat class, preferred the excitement of the races to town. “We had everything – sun, wind and rain. Today, it was all sun, staple weather and winds a constant 20 to 22 knots. We made good speed, but it wasn’t as exciting to me. Tomorrow will be different. I like that the courses and race area changes each day.”

The USVI’s Morgan Dale driving his Melges 24, Boogaloo, continues his reign as leader of the CSA Racing 1 class. Hot on his heels, however, is Puerto Rico’s Jaime Torres at the helm of his Melges 32, Smile and Wave. “The challenge with handicap racing is that you don’t get a chance to see your competitor beside you. For example, the Melges 24, is way ahead of us. We have three Melges 32s racing this year and we hope to have five from the Caribbean in the class by next year so we can have our own one-design class.”

Racing ended early in the CSA Non-Spinnaker class for La Davina, an Ontario, Canada-based Delphia 40.3. “We had just started to sail a race around St. James island when the mast came crashing down,” explains Peter Buczynski, La Davina’s mast man.

Meanwhile, the USVI’s Warren Stryker’s Hunter 54, Botox Barbie, is second only to leader Reba-Team Red Stripe, a C&C 41 skippered by the BVI’s Jon Charlton, in the CSA Non-Spinnaker class. “We had three equipment failures yesterday and the sailing was a little like work,” explains Stryker. “But today it was delightful.”

Racing concludes Sunday with racing in Pillsbury south and along the north shore of St. Thomas. Up for grabs is bragging rights and a place on the podium. Music by Full Circle greets the fleet from 2:30-5:30 p.m. The Regatta Awards Ceremony starts at 6:30 p.m. on the St. Thomas Yacht Club beach, followed by the Final Fling party with Ah We Band playing from 7-11 p.m.

Weather Routing Inc. (WRI) is the Official Weather Provider for the STIR and will provide forecasts by 6 a.m. daily during the regatta. These forecasts are available at: www.wriwx.com/clientproduct.php?id=4759 Weather maps and products specifically created for this event are also available at this link.

The St. Thomas International Regatta is sponsored by Captain Morgan and Heineken, distributed by Bellows International, Little Switzerland, and the U.S. Virgin Islands Department of Tourism. 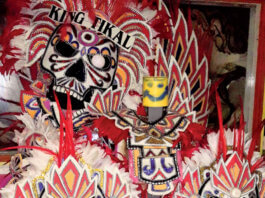