ALL AT SEAThe Caribbean\'s Waterfront Community
HomeLifeDeepwater Horizon, The Long Road to Recovery
LifeSoutheast US

It seems as though it happened just yesterday, but April 20 will mark the fourth anniversary of the BP Deepwater Horizon oil disaster. Eleven workers on the rig tragically lost their lives, and oil gushed from the damaged well for 85 days. Over that period of time, more than 206 million gallons of oil entered the waters of the Gulf of Mexico, nearly 20 times more than the Exxon Valdez oil spill. Now that four years have passed since the leak and explosion, it seems fitting to take stock of where we are, how far we have come and the long road ahead to full recovery.

You may remember pictures of pelicans and sea turtles covered in oil back in 2010 while the event was still fresh in our minds. Here’s a look at what we’ve learned about the impact of oil to Gulf wildlife in the four years since the BP oil disaster began:

Scientists around the country continue to collect valuable data in order to draw conclusions about the negative impacts expected in the long term. For example, we are beginning to see scientific data that points to the injury caused to important marine mammals, such as the bottlenose dolphin. A recent NOAA-commissioned study of 32 dolphins living in Barataria Bay, La. – an area of the Gulf heavily oiled by the BP oil disaster – determined that dolphins had severely reduced health.

Nearly half of the dolphins were given an uncertain or worse prognosis, meaning many of the dolphins are not expected to survive. The authors of the study determined that “many disease conditions observed in Barataria Bay dolphins are uncommon but consistent with petroleum hydrocarbon exposure and toxicity.”

The dolphins in Barataria Bay and other areas of the northern Gulf are dying in unusually high numbers since February 2010. Scientists are working to determine the cause of this unusual mortality event and how it may relate to, or was intensified by, the BP oil disaster. In addition to dolphin health, scientists are also documenting dead or damaged deep-water corals, and heavily impacted deep-sea benthic communities.

In 2011, BP pled guilty to 14 federal criminal charges, including lying to Congress, and agreed to a $4.5 billion settlement. More than half of these penalties are managed by the National Fish and Wildlife Foundation in concert with state agencies to implement restoration projects in the five Gulf states.

The trial to determine BP’s civil penalties is set to begin its third phase at any time. The verdict in this trial must be decided before Clean Water Act fines are determined and money becomes available for restoration.

Another source of funding for recovery is the Natural Resource Damage Assessment (NRDA) Early Restoration funds. While the full damage assessment could take years, BP offered $1 billion up front to be spilt between the Gulf states, in order to begin the recovery process to restore lost or damaged resources sooner rather than later. Early Restoration is now entering its third phase of projects, and the trustees recently released a programmatic environmental impact statement (PEIS) that acts as a guiding plan for the Early Restoration process. We were disappointed to see the offshore environment, where the disaster began, largely left out of the plan. The project types listed for Early Restoration do not include restoration of key marine species and habitats, such as dolphins, seabirds, sargassum and corals. For more information on NRDA visit http://www.gulfspillrestoration.noaa.gov/

As federal and state leaders choose restoration projects, it is important to consider and remember what was lost and damaged and where the most impact occurred during the oil disaster.

Ocean Conservancy believes investments in marine restoration are critical to full recovery. Restoration of this vast ecosystem on which so many of us rely for recreation, for food, and for our livelihoods will require a holistic ecosystem-based approach, rather than a piecemeal set of projects scattered throughout the region. With science as our guide, Ocean Conservancy will continue to advocate for marine restoration, and we rely on supporters like you to help us ensure a healthy future for the Gulf. Join us at www.oceanconservancy.org/gulf.

Ocean Conservancy educates and empowers citizens to take action on behalf of the ocean. From the Arctic to the Gulf of Mexico to the halls of Congress, Ocean Conservancy brings people together to find solutions for our water planet. Informed by science, our work guides policy and engages people in protecting the ocean and its wildlife for future generations. 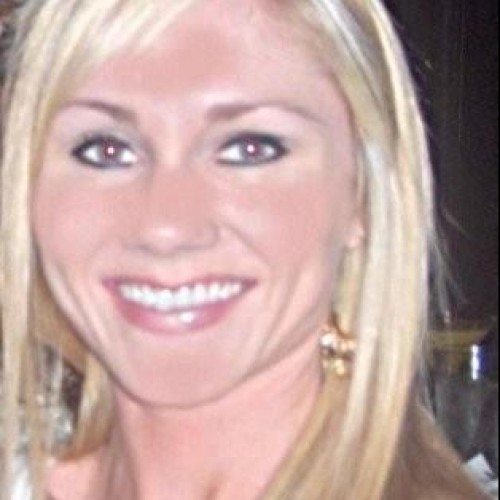