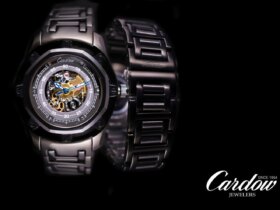 Cor van Aanholt, president of Youth Sailing Netherlands Antilles and Inga van Uchelen, event manager of the OPTINAM are getting ready for the biggest youth sports event ever to be held in Curaçao.

“There may have been more athletes involved in a youth sport event but the amount of different nations is unique and a novelty for Curaçao,” said Antillean two-time Olympian and Hall of fame sportsman Jan Boutmy. This made the Curaçao Tourism Board step in as a main sponsor, besides insurance company ENNIA and bank Banco di Caribe.

After an evaluation of this January’s Curaçao Youth Championships, with the depth of the water for laying the marks being the biggest issue, the team of volunteers is looking forward to the end of June. Van Uchelen is trying to fill in all the volunteers at the right spots, quite a challenge in a small island where youth sailing started only seven years ago.

Van Uchelen:  “We are looking for people preferably with experience but we also need a lot of other volunteers with a great motivation to make this happen. I’m sure that we will fill in all the spots though. We already have people from the Netherlands (Curaçao is a former Dutch colony) and surrounding islands offering to help out. Furthermore I’m in contact with IODA (International Optimist Dingy Association) almost on a daily basis to keep them informed about the preparation of the event.”

All participants will sail in similar Optimists which will be shipped from Argentina; all sails, rudders and centerboards will be measured and weighed. This makes the event a truly one-design class and the quality of sailor will decide who becomes North American Champion and not the material being used.

Chief Judge Pat Bailey from the ISV already visited Jan Thiel beach to see the OPTINAM venue, and was very pleased with the exciting waves, short distance to the racing area and the accommodations at walking distance. He discussed with Cor van Aanholt and race officer Harm Donker about the possibility to race in the Carcasbay if the current would become too strong or the wind too strong in front of Zanzibar.

The OPTINAM is no longer the place where only North Americans meet to find out who is the best Optimist sailor. Since a couple of years the South Americans have been visiting the OPTINAM as well. As a matter of fact the OPTINAM became so popular that at the IODA general meeting the North American countries decided to put a quota on the available spots per country. According to IODA all countries in North and South America are allowed to enter if they are a member of ISAF (International Sailing Federation) and IODA. Besides the North and South American countries, the top three countries of the last World championships are invited to take part in the event in Curaçao.

A total of 204 sailors are expected June 28th. New Zealand (number one and three at the last WC in Sardinia) has already entered a team. Furthermore the Netherlands and Singapore will send a team; Japan applied to send a team but is being put on the waiting list. Sailors from five continents will be sailing the Optinam 2008 in Curaçao. So far 23 countries have entered their teams on the website:  www.optinam2008.org.

Says Cor van Aanholt: “More than 60% of the Olympic sailors in Beiing started their career in the Optimist. The Optimist is the breeding pool for talents; it is wonderful to organize it here in Curaçao”.