There are no marinas on Puerto Rico’s offshore island of Culebra. Nor is there overnight anchoring allowed in several bays due to their protected wildlife refuge status. There also aren’t any big chandleries, boat yards, or supermarkets. Yet, it is the unspoiled beauty, easy access via a short voyage from either Puerto Rico or the U.S. Virgin Islands, and just enough creature comforts to keep boaters happy that makes Culebra an ideal cruising destination.

Colonization on Culebra didn’t start until 1880. The first settlement, at San Ildefonso, was located across the bay from where the main town of Dewey is today.

The first, Bahia de Sardinas, fronts the open waters of the Caribbean Sea and is to the west of town. This is where the ferry and other small commercial vessels port. Private yachts can anchor to the northwest of the dock where there’s a good sandy bottom and usually not much sea swell. You can dinghy up to the waterfront here and tie off temporarily here to visit one of the restaurants.

Ensenada Honda is likely the best anchorage on the island. It’s located east around the point from Bahia de Sardinas and also provides direct access to Dewey. The entrance to the bay is straightforward, deep and well marked. However, many long treacherous reefs rim Culebra, so an up-to-date nautical chart is indispensable. You can anchor virtually anyway, and on either side of the bay.

The Dinghy Dock Bar-B-Q Restaurant is the place for cruisers to congregate. Owner Neil Romero serves three meals a day, seven days a week. There’s everything from French
Toast with Rum and Coconut to Certified Angus Beef and good old hamburgers. Kids, and adults, get a real kick out of watching the five-foot-plus long tarpon swim up to the restaurant’s bulkhead.

Romero recalls how the eatery got its start: “Out of some 370 boats in the bay, only five were left floating in the wake of Hurricane Hugo back in 1989. The funny thing was that the only place in the entire bay that wasn’t strewn with wrecked boats was right here where my grandparents lived. A lot of the sailors would dinghy over here to get to town. So, I set up a grill and starting selling hamburgers and hot dogs. Business was so good that I kept expanding.”

Down the street from the Dinghy Dock is Mamacita’s Bar & Grill, an island institution. Colmado Milka is a small grocery store where you can buy essentials such as milk, bread, eggs, fruits, vegetables and meats. El Eden offers gourmet, liquors and a public access computer terminal for Internet access. There is also a cable to plug in laptops. If you have wireless in your laptop, then the entire building is a hotspot.

The best of Culebra is the picturesque, tranquil and relatively undeveloped island outside of Dewey. The U.S. Fish and Wildlife Service has protected much of the island, and its twenty-three islets, as a nature preserve. The Culebra National Wildlife Refuge, protects large colonies of some 85 species of sea birds, particularly terns, red-billed tropicbirds and boobies, and nesting Leatherback and Hawksbill sea turtles. In fact, northshore beaches such as Zoni, Brava and Reseca are closed from 6 pm to 6 am from March to November due to turtle nesting season.

Flamenco Beach is recognized as one of the most beautiful beaches in the world. Last year, it received ‘blue flag’ status. This means that the Blue Flag International Jury has given its thumbs up to this beach for its water quality, environmental management, and safety and services. There are lifeguards here, as well as changing facilities and a few food and drink stands that blends in well with the natural ambiance. However, what Culebra lacks in commercialization it more than makes up for in natural beauty and in serving up a slice of Caribbean life
the way it used to be. 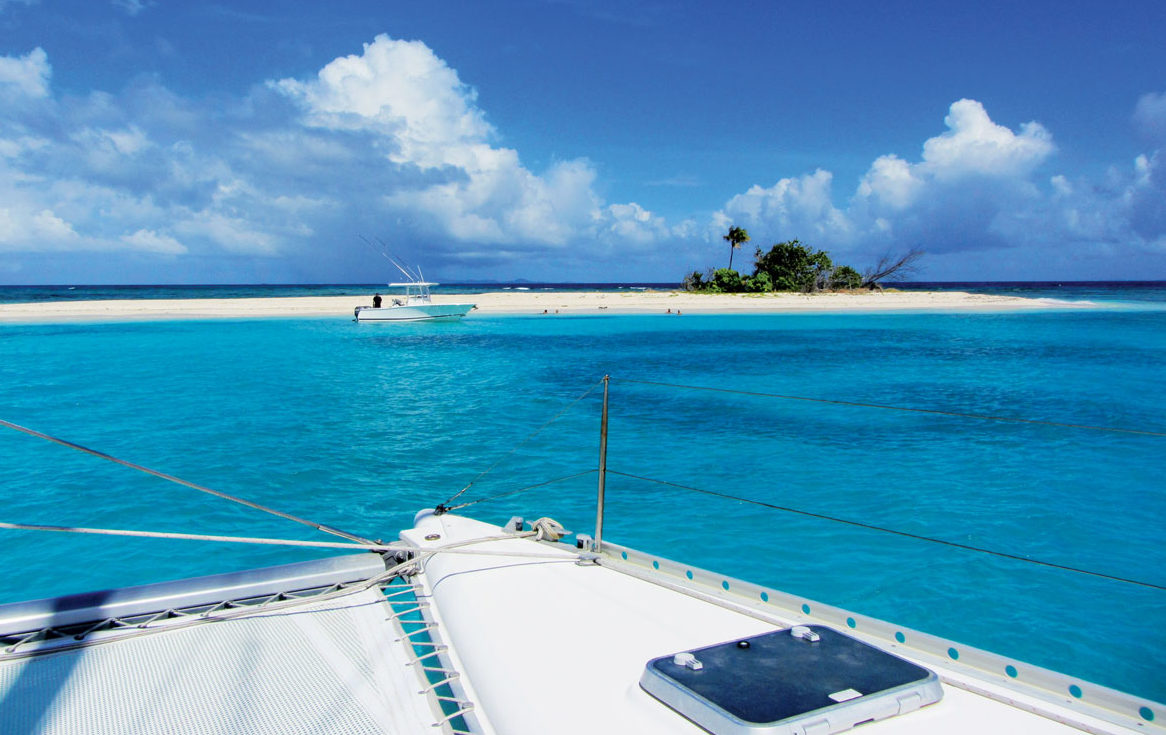 I wanted to show a more tranquil side of the Virgin Islands that few guests chose to see, so we turned to the right to visit the Spanish Virgin Islands. 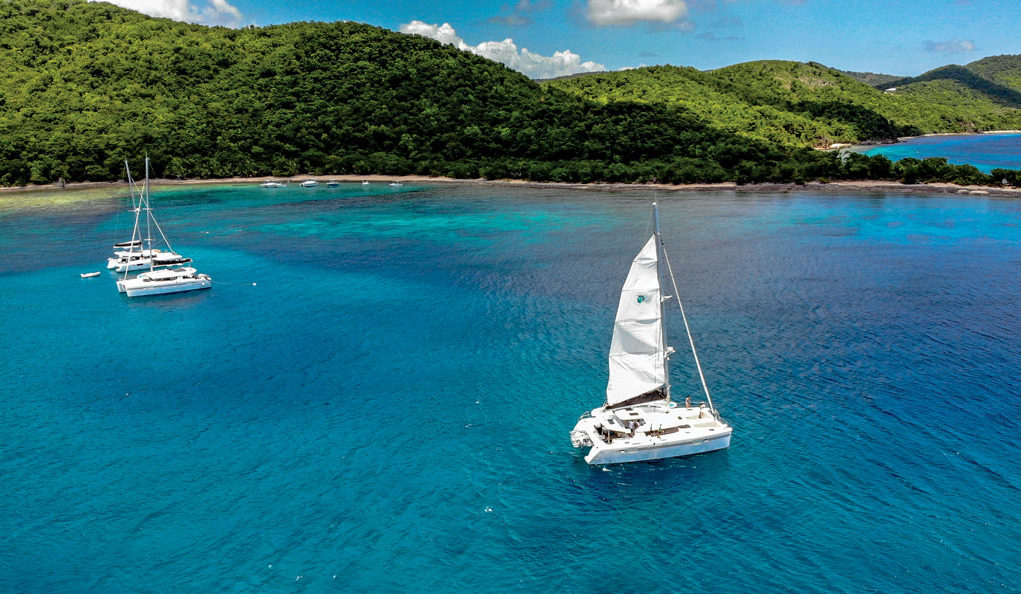 The Spanish Virgins do not receive a lot of crewed charter yachts, so this is truly virgin charter grounds for those who are looking for a new destination 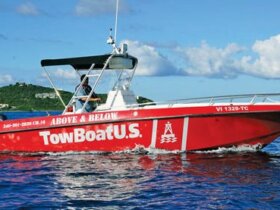 TowBoatUS Comes to the Caribbean