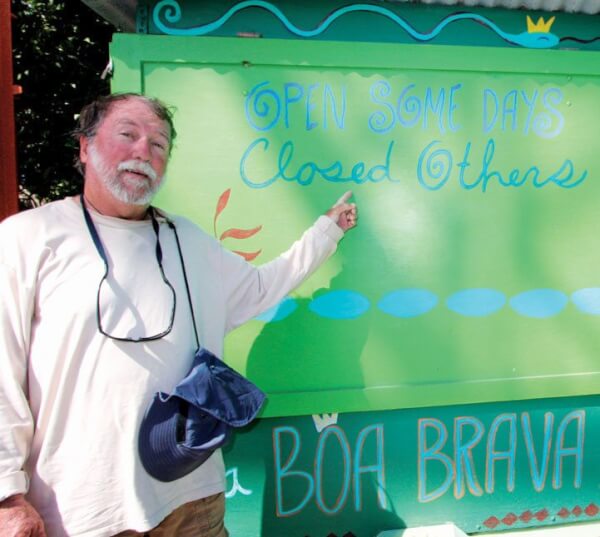 Everyone one has a core talent—and mine is saying the wrong thing at the wrong time. I learned this in a Chicago Police station. The Irish cop was debating whether to arrest me or not. I was attempting to subtly sway his decision by saying, “Hey, gimme a break, officer! I’ll never get into the Police Academy—which is, I understand, accepting cadet applications on the 14th of next month—with a record!”

My sidekick at the time was Walter J. McCarty. He’d been dozing off in dreamsville until awakened in shock by my ‘wanna be a peace officer’ pronouncement. “Wait a sec, Fatty,” Wally said, “You can’t be a police officer—they gotta tap your spine and let your brains drip out!”

I’ve never seen a situation turn so sour so fast!

Ah, the power of the English language!

Now you would think that a person such as myself who had suffered so dramatically from such unthinking, rude, crude flippancy would avoid same. Not so. Just the opposite. I now know that there is no situation so dire that it can’t be made worst by opening my mouth.

For example, whenever I step off my yacht, I call the nearest landlubber a ‘dirt dweller.’ Should they frown, I follow it up with ‘rock hugger’ or, if it’s a woman, ‘harbor hussy.’ This usually gets things off on the wrong foot, for sure.

To ingratiate myself with the marine stores, I just chuckle about ‘greedheads’ and ‘landsharks’ without getting too specific.

Speed boaters are throttle-jockeys and stinkpotters—while multihull sailors are referred to as ‘sea spider’ sailors (They return the favor be dismissing all us monohull sailors as ‘lead miners!’).

Yes, the marine scene can be a brutal place linguistically.

Every time I sail by a wallowing daysailing cattlemaran in the British Virgin Islands, I shout over my loudhailer, “you can find the intelligence of a person by taking his IQ and dividing it by the number of hulls he sails on!”

Trimaran sailors are the worst: when I tell ‘em the above, they laboriously attempt to count their hulls using their toes and fingers… oh, how sad to see their quivering lips moving silently to no avail. (One particularly bright multihuller attempted to write down the number—alas, his Crayon snapped!)

Often I’m attacked back with such slurs as “Stick boater!” Or “blowboater.” Or even, “Boat Bum!”

…I wear such labels proudly. Growing up aboard the John G. Alden 1924 Elizabeth, I was often called “Schooner Trash!”

This always made me feel special.

True, my wife didn’t like to be called a ‘sloop slut’ on Wild Card, but women are notoriously touchy.

I try to have the proper marine gear aboard—just in case I’m stopped by the USCG. Example: my loud air horn oinks versus blows!

…oh, that stirs up a hornet’s nest!

Generally speaking, the world is a totally topsy-turvy place. How else can you explain the fact that each time an American sends a email, the NSA returns a copy to the sender to assure them they haven’t read it?

My, how times change! I remember when truth-tellers and whistleblowers fled to America, not from it.

Not that I mind being spied on every second by rabid-military-Christians-in-kinky-uniforms… no, I rather enjoy it!

Often I hang out with stink-potters—just to explore how thin their skin is. Answer: pretty thin! All I have to say is something like, “Gee, isn’t it fun to use up all our planet’s precious natural resources that our grandchildren might one day need?”

…you can’t be nice to some people!

Sailor gals are even worse. If you get a tiny bit non-PC by allowing a ‘dock box’ or ‘sailbag’ to slip out—man, you’re crucified!

Clearing into U. S. Customs and Immigration is like shooting ducks in a barrel. You should see the look on their faces when I list my occupation as ‘White Slaver.”

Once I was questioned about this, and was forced to admit—to stay legal—I was now actually an Equal Opportunity Slaver. (Much more PC, right?)

Clearing into Thailand (to this very day), they ask you how many teals of opium you have aboard. I’m not sure what a teal is but I assume a rather small amount. No matter, I just shout, “Tons, man, tons! There’s no money in teals anymore!”

The problem with giving accurate information concerning opium is, well, I doze off.

Stowaways are another common question in Asia—there are dozens of forms that ask “How Many Stowaways Do You Have Onboard?” It is always fun to answer, “None. We eat ‘em!” Or “None; because we toss over the men immediately after leaving port, and the women immediately before arriving!”

There is only one area off-limits to such joking—and that is pets. On Facebook, I often see pics of wild dogs devouring defenseless Bangladeshi orphans or something, with the comment, “Look how cute those Pit bulls are!” and “…sweet!” and “…man’s best friend!” (Well, if you’re not the man being eaten!)

Like most people, I have a lot of friends with pets. I even have had fake Taxidermist Gift Certificates printed up—which I pass out during the Holidays. “Dead Forever!” reads the gift card. “No more pooping! No more searching for a perfect pee-place! Less shedding! No more barking…”

These are not well-received.

Australians are notorious touchy about their family trees—just a few questions about whether the ancestors were sent ‘downunder’ for murder or rape… and they clam right up. (Kiwis, on the other hand, just look BAAAAAshful if you mention their relatives.)

Luckily, Germans are thick-skinned—which was nice when Greece recently told the world how loathsome was the source of the trillions of Euros they’d recently embezzled. “Could not the European Union come up with a nicer, less uptight group of Euro-citizens to rip off,” asked one champagne-swilling Greek playboy in Paris.

You gotta admire the Greeks. I was recently in Athens and attempting to pay for my subway ride—when I realized that if I did, I’d be about the only one doing so. “…you’ll just slow things down,” shouted one kid sauntering through the open door next to the turnstiles. (The officials have graciously left the gates open so the elderly don’t hurt their backs jumping over the ticket machines—how thoughtful!)

I love it when people blurt out their true feels without meaning to. I recently had a world famous sailor on Ganesh, and he started out by saying, “So you wanted to buy a boat and didn’t care what it looked like…”

When I mentioned I just might take her around Cape Horn, he stopped dead in his tracks and asked, “This boat?”

At the end of the tour, of course, he said “…nice boat,” but nobody paid attention.

Currently, my vessel is moored in Whangarei, New Zealand, right across from the Anytime Gym. I often go there to get away from my wife. A lot of the ‘blokes’ in there aren’t too bright. “Are your biceps, neck size, and IQ all the same number?” I ask them, and they say, “…good on ya, mate!” which makes absolutely no sense.

Never point out to a large Kiwi who is bench pressing more than 400 pounds that he isn’t making sense.

Yeah, the gym is a strange place; thousands of people spending millions of dollars on treadmills—and thinking they’re getting somewhere.

Of course, the racing community can be ego-bruising: once I was tactician on a Baltic 72 and its skipper said, when asked about his handicap, “Fatty.”

Just being an American is sobering enough these days—yeah, everyone in the world knows we are ranked internationally very low in education, but must we remind ourselves with all the those SLOW CHILDREN signs around our schools? I mean, ain’t they ashamed enough?

South Florida is, of course, the quintessential marine scene. This is what happens when the cops can’t find the smugglers with all that fancy gear—they arrest yachties instead. I mean, you can be shot for just going forward and rattling your anchor gear on certain stretches of the ICW… which stands for Intentionally Costly Way to get southward.

…you know the ICW mile markers? Well, you’re supposed to jettison a $20 bill each time you pass one—just to get you into the spending mood when you attempt to pull into a local marina.

A lot of this stuff is hard to figure: example, one publication I work for calls me an Editor at Large—well, what if I lose some weight? What then? And would they grant my request to be renamed an Editor at Fat instead? No way, Jose!

Louisiana is a nice place to cruise, especially if you need to bury some dead bodies. Those spooky swamps are perfect, and the Spanish moss dripping off the trees… pure magic!

…ah, it’s enough to make you feel like Huey Long!

Galveston is a fun place—now that all the petty criminals from the Big Easy have migrated there.

But ‘putting my foot in my mouth’ has been a hobby of mine of mine for so long—one foot is bigger than the other. Like when I first met my wife’s Italian relatives and was shocked to discover they weren’t connected, I blurted, “…you mean to say you’re either too dumb or too mean for the Mafia?”

Of course, I try to be solemn. I do. Really! But I always fail. Like I told my astrophysicist brother-in-law (who owns a Laundromat in Western Massachusetts named AstroWash), “No matter what I do, I can’t be Sirrus!”