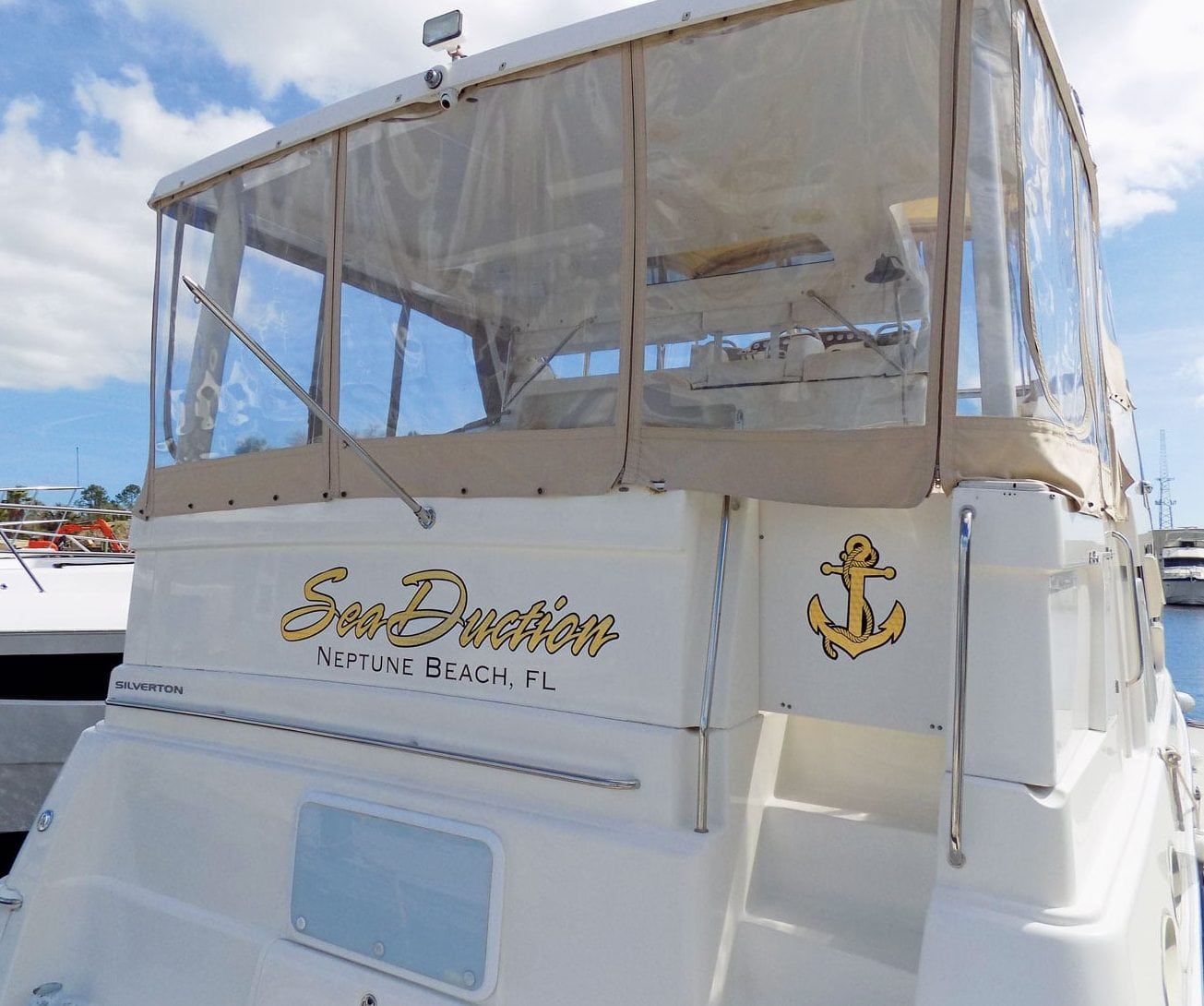 Four or more times a week, Stew Leonard saunters down to the boathouse of his villa on the shore of Simpson Bay Lagoon, fires up the two V12 Caterpillar Diesel engines on the speedboat, and takes his wife out for a bite to eat. In less time than it takes to throw together a Tuna Carpaccio, the 70ft boat is pulling into a bay at Anguilla or St Barths. Why does he do this? Because he can.

Leonard made his fortune by building up the small family dairy store with seven employees in 1969 to a $300 million brand with 2,000+ employees. The store ethos is that the customer is always right, and that it should be a fun place to shop and work.

The same enthusiasm and attention to detail went into Carpe Diem, the $4 million, 1800hp carbon epoxy water weapon that Leonard took three years to develop along with designer John Cosker of Florida’s Mystic Power Boats. Currently, it is a one-of-a-kind craft that Leonard, Cosker and skipper Buddy Suggs are constantly tweaking and improving.
Leonard’s brief was, “a pleasure boat that goes fast” to accommodate a family of 23, including 13 grandchildren, in comfort.

“Most race boats are nothing but a couple of seats and a steering wheel,” he says. “This is the only one in the world. I had a guy do nothing but check out boats like this for three years because I wanted to buy one. I had a Magnum for 10 years and kept making notes of what I would do.” The most distinctive feature of the boat is the single-molded canopy, but the control panel is equally striking.

“The dials that have all the engine information are in color,” says Leonard. “Caterpillar hasn’t even released those yet. John [Cosker] went to a boat show and bought them right off a demonstration booth!”

Most of all, though, the boat is remarkably fast. On the last day of March’s St Maarten Heineken Regatta, Leonard put up Carpe Diem as a press boat and took a pack of hacks out to a marker just off the Lowlands in the Anguilla Channel. Usually, this would mean lurching around in the swell, elbows flailing as photographers scuttle between port and starboard. But no; the powerboat throbbed complacently above the waves, close to the action but nimble enough to roar out the way of approaching yachts.

Then came the return to Marigot…touching a top speed of 80mph, the 57,000lbs powerboat simply obliterated Marigot Bay. Instead of a bone-jarring, teeth-rattling, wave-smacker of a return in the vein of one of Mystic’s 210mph Catamarans, Carpe Diem merely parted the surf like Moses, blasting through the water like a torpedo. The raw power of the Caterpillar engines made the epoxy hull/deck hum and shimmer, yet Cosker at the helm barely had to nudge the wheel.

The boat’s 1,000 gallon gas tank gives a range of some 600 miles, but Leonard sees Carpe Diem exclusively as a day tripper, despite the cabin and galley below decks. “A lot of people buy a boat at the boat show because their wife loves the interiors,” says Leonard. “We don’t plan to use it as a condominium. We go out almost every day and can get to Anguilla in ten minutes. There are about 35 good restaurants on the water between Anguilla and St Barths and we never tie up at a dock.”

The not insignificant price tag makes this a hard one to place, although taking orders will be the job in St Maarten of No Limits Yacht Charters. But for the ultimate powerboat, this model gets some serious on-the-water envy.

Nick Marshall is an English journalist living on St. Maarten who was consultant editor of All At Sea from 2003 to 2005.