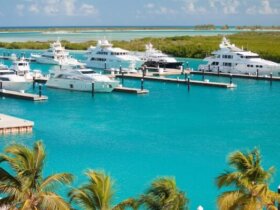 USVI’s Barnes Named ‘Quantum Women’s Sailor of the Year’
Growing up sailing in ideal Caribbean conditions paid off for Nikki Barnes. The St. Thomas, US Virgin Islands’ native and junior at the U.S. Coast Guard Academy, in New London, Connecticut, was named ‘Quantum Women’s Sailor of the Year’ on May 27, after the Academy’s women’s team won the Sperry Women’s National Championship in San Diego, California. The Quantum honor is awarded annually to the individual who has performed at the highest level of competition in collegiate district and national championships.