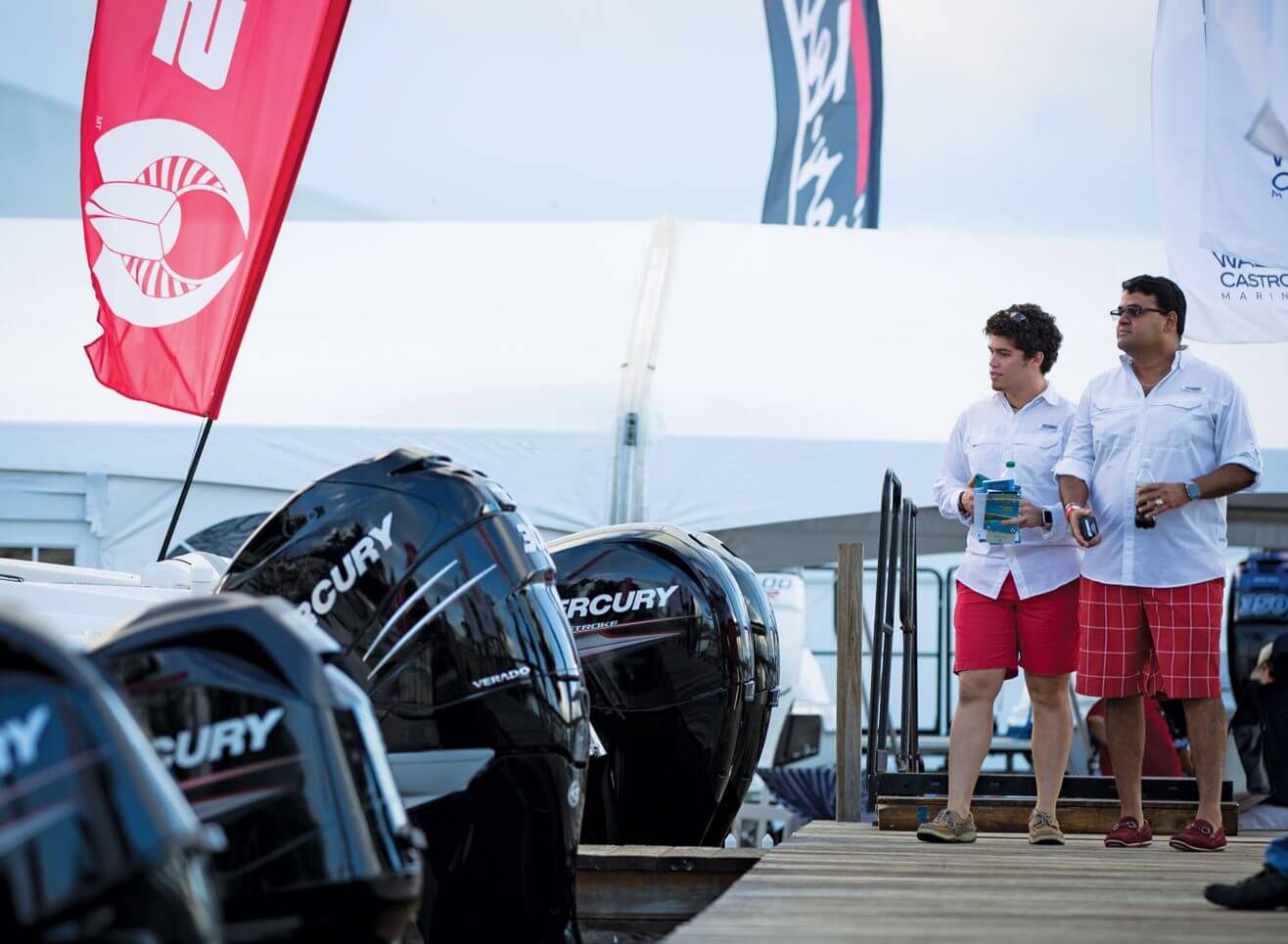 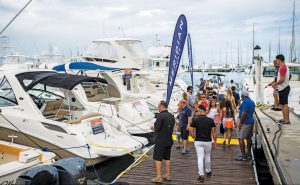 Rain didn’t stop the crowds or exhibitors from attending the 5th Caribbean International Boat Show (CIBS). Held March 11th to 13th, at Puerto del Rey Marina, in Fajardo, Puerto Rico, an estimated 8,000 people visited. On hand were salespeople from ten dealerships on the island, representing over 25 power and sailing yacht brands. Yachts were displayed in-slip and ashore. In addition, over 100 exhibitors showcased everything from engines and marine electronics to the best in nautical apparel, gifts and services.

“The benefits we find of participating in the show as a dealer is brand recognition, brand loyalty and to promote our exclusive brands,” says Wally Castro, owner of Wally Castro Marine, in Fajardo, PR, which represents Boston Whaler, Wellcraft and Prestige, to name a few. “We also are able to network with clients, sponsors, colleagues and customers.”

The CIBS proved a great destination to see the latest trends in makes and models, especially when it came to powerboats.

“What customers are looking for is what we are able to offer [and] that is a full range of boats starting with a 16-foot center console as a starter or tender all the way to a motor yacht or a high-end custom sportfisher,” says Roger Casellas, president of the Yacht Center of the Caribbean, in Hato Rey, PR, which represents Azimut Yachts, Maritimo, Chris-Craft, Everglades, Robalo, SeaHunter and Spencer Yachts.

One of the biggest trends is for center consoles in the 18- to 40-foot range, according to Jose Rodriguez, vice president, People’s Marine Service, at Puerto del Rey Marina. 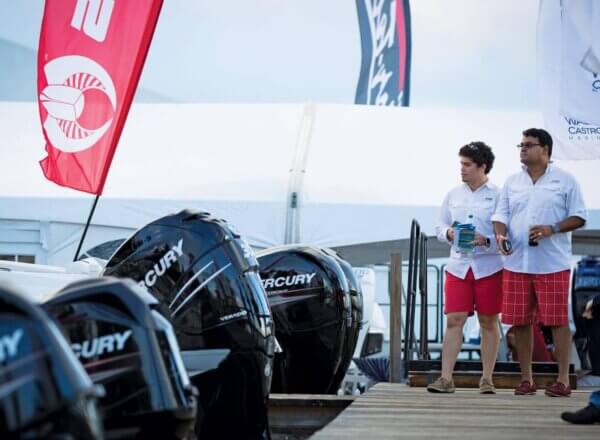 “One example we brought to the show is the new 33-foot Grady White. It’s a center console, yet it has a bed for two in the center, generator, air-conditioning, TV, an electric grill outside and electric sunshade and boat table. It’s beamy at 11.5-feet, so it’s a stable ride. Plus, it can be powered by three 300-HP engines to be fast,” says Rodriguez, whose company also represents Tiara and Pursuit brands.

The new Contender 24 Sport follows the same center console trend and was on display by the folks at Team Marine Corp., based in Guaynabo, PR.

“This boat is a great mix for pleasure cruising and fishing,” says owner Ricardo Villalobos, whose company also represents Sea Fox. “We also showed the Contender 32, which is a mid-size family-friendly yacht with a twin-step bottom for fuel efficiency and speed.”

What makes Puerto Rico such a good place to buy a boat for those in the Caribbean, say these dealers, is the close proximity to the many islands.

“In addition, there’s the service aspect,” says People’s Marine’s Rodriguez. “All the big outboard companies like Yamaha and Mercury as well as inboard companies such as Caterpillar and Cummins, have a base here.”

This year’s CIBS moved back to its original founding location at Puerto Del Rey Marina. Dealers, exhibitors and customers enjoyed the vast shoreside and slip space as well as the ability to conduct sea trials in just minutes off the dock.

“We were very excited to be back in Puerto Del Rey Marina. Puerto Del Rey has gone thru serious renovations and upgrades in the last two years and this was one of our most beautiful CIBS’s ever,” said organizer, Arturo Guzman, in
a statement.

Live music, food trucks, a margarita bar and children’s play area added to the festivities throughout the three-day event.

“This event shows the support the nautical industry has in Puerto Rico and we hope that the CIBS continues to grow each year,” says Carolina Corral, chief of staff at Putnam Bridge Funding, owners of the marina. “We enjoy seeing people from all the islands come and see everything that Puerto Del Rey and Puerto Rico has to offer.”