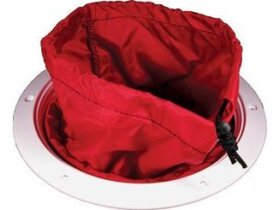 The weather in September of 2009 near Georgetown, S.C., remained hot and ripe for fishing charters. Hopping aboard with a charter captain for the first time, my friend Clinch Heyward and I were all set to catch some trout. Bald eagles soared above as we departed from the South Island Ferry Boat Landing in the pristine Santee Delta.

Our day with Capt. Mike McDonald of Gul-R-Boy guide service went pretty much as planned. Heyward was then president of the S.C. Wildlife Federation, and we discussed how to involve sportsmen more with his group. McDonald took us to a known fishing hole in Winyah Bay and, while fishing with a live shrimp under a cork, we proceeded to catch trout, redfish and even a nice sheepshead. You don’t often see these three species of fish in the same spot, so I coined any such occurrence a “Sheepshead Slam.”

Other recollections that day include the history involved along this waterway. The Frenchman Lafayette landed on nearby North Island and asked for sailing directions to Charleston. And, amazingly, the gun turret of the USS Harvest Moon is still visible at low tide, right where Admiral Dahlgren’s flagship succumbed to a Confederate mine on March 1, 1865 after returning from a rendezvous with a Union ironclad.

Capt. McDonald navigated his 19-foot boat into the ICW to visit some redfish holes between South Island and Springsteen Plantation. Almost immediately the big redfish started chewing. Our day was quickly nearing the time when a cold beverage was in order when another fishing boat came by us. Before they left our view we could hear their outboard motor cough and shut down.

All three of us, boat owners and life-long mariners, knew that we had to go and offer assistance to start the motor or render them a tow back to the landing. When a boat goes derelict in a remote spot such as this, it doesn’t matter if one is on a paid fishing charter or not – a sort of universal feeling settles in based upon empathy from past experiences with motor trouble.

After exchanging introductions with the hapless pair of anglers, we established that the boat was adrift. Then came tinkering around on the outboard to try and get the thing running. This is always the perfect time to recount a past adventure with boat motor trouble and how the situation became remedied. Almost always, it involves a tow from a fellow boater.

Despite having a good angle to reach the motor and a can of starter spray, McDonald’s effort to start their engine didn’t succeed. Our new friends wore a look of disbelief about how quickly their trip had changed, leaving them with a boat full of rods and bait, and no way to fish them. After agreeing that their outing was over, we rigged a towline from our stern to their bow for the slow ride back to the landing.

With a little afternoon fishing time left, we headed back to the redfish hole, enjoying our cold beer even more knowing we had answered the call to help our fellow anglers. Several shrimp boats from North Carolina passed by us just then, traveling the ICW down to Georgia and Florida for the winter season. They gave us a wave, but we didn’t get to know them like the stranded boaters. Yep, boat motor trouble makes friends quick.

Honda on the Water

There are certain brands that are recognized as reliable and that stand the test of time. Honda is one of those brands

Boaters have a new online home for all things Whaler: The fully revamped bostonwhaler.com