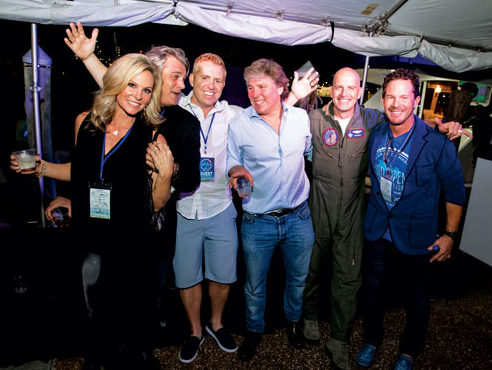 After a resounding response during its world premiere in Dusseldorf this January, The Element XL is primed to impress North American audiences for the first time this year. “The Element XL is going to be huge in 2014 and beyond,” said Bayliner Boats President Keith Yunger. “While Bayliner is constantly striving to innovate, we are also building new expectations about the possibilities of family boating. The original Element earned countless awards—including Powerboat of the Year at the London Boat Show—for that reason, and we are confident that the larger Element XL will put smiles on the faces of new and experienced boaters all over the world.”

Starting at just $16,999, the revolutionary Bayliner Element XL puts boating within easy reach with familiar automotive-style handling, a standard 90-hp or upgraded 115-hp FourStroke Mercury® engine and class-leading stability and safety features. At 18 feet, the Element XL boasts deep freeboard and Bayliner’s innovative, patent-pending M-Hull™ design, which has radically improved onboard safety. And with the optional Sport configuration, including a custom sport arch, Element XL is sure to excite the watersports enthusiasts onboard. Element XL’s features open up all of the possibilities that the water holds, and with seating for eight, all of your friends and family will have enough room for the big stories you’ll return to shore with.

Much like the Element XL, the 642 has impressed since its unveiling in Europe last year. “We anticipated selling a certain number when it was launched—we sold more than two times that number during this past year,” said Michael Yobe, Bayliner brand manager.

Making waves with its notable accessibility and versatility, the 642 is perfect for daytrips and weekend getaways. A low-maintenance cuddy in the bow sleeps two, and the Preferred Equipment Package makes hosting effortless with a portable head in the bow and a teak table in the spacious cockpit. Starting at $33,999, the 642 handles big water with the comfort Bayliner boaters have come to expect as standard. A fuel-efficient, CARB Compliant 3.0L MerCruiser® engine with a 135-hp Alpha I sterndive comes standard, making the 642 a capable cruiser built for open-water cruising, lounging, swimming and entertaining.

“The North American release of both the Element XL and the 642 has been momentous this year—not just for those of us of the Bayliner family, but for the boating industry as a whole. These models represent a movement toward more affordable, safer and better family boating,” Yunger said. “We’re thrilled to welcome so many to boating and the Bayliner community with these two exceptional models.”

Honda on the Water

There are certain brands that are recognized as reliable and that stand the test of time. Honda is one of those brands