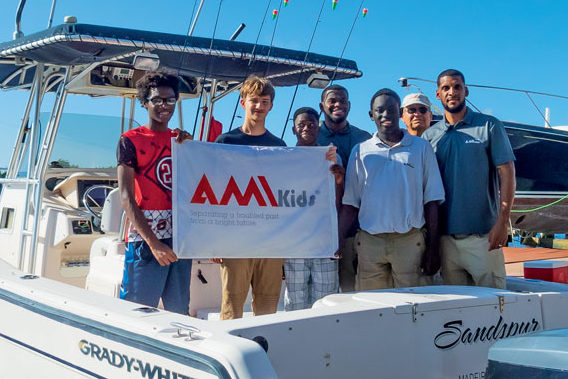 Chris Licea likes bringing his three children for a visit to his workplace, the AMIkids Boatyard in St. Petersburg, Florida. It’s no wonder. Licea really enjoys his job as a marine contractor, whether he’s performing engine maintenance or pump repair and replacement and general upkeep of the AMIkids fleet. It’s something he never imagined himself doing when he was a kid. After all, by age 15 he was spending more time in a courtroom than classroom. Licea says he was reluctant when the judge recommended AMIkids, a fifty-year-strong, Fort Lauderdale-founded, Tampa-headquartered nonprofit with a strong marine component. Today, he is a successful alumni who when not working in the organization’s yard, helps advance the organization’s mission of helping young people to develop into responsible and productive citizens.

“It might sound surprising, but there are many kids who have never left their block, never seen much less swam in the sea or gone on a boat. In other words, there is a huge disconnect between their lives and the ocean. We provide the bridge,” explains Jorge Mahauad, AMIkids’ manager of yacht donation marketing and marine programs. 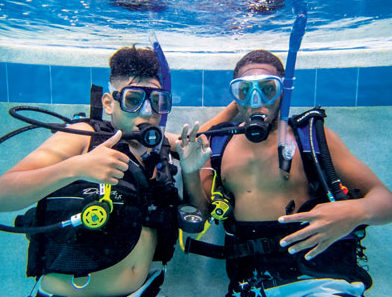 A wonderful example of this is the three-day marine education program AMIkids conducted recently with a group of teenage boys from northern Florida. The experiential outing started with a hands-on, half-day fishing trip on Tampa Bay. It was the first time on the water and the first time to catch a fish for most. Instructors taught the boys about the fish species and marine life found in the bay as well as instructing them on basic fishing skills they could replicate for a lifetime. Later, the students enjoyed a small boating opportunity. Each of them had done their homework by taking the BoatUS Small Boating Safety Course. The second day featured an introduction to scuba diving, joined by volunteer mentors from the Apple Foundation. The third day made use of AMIkids Floating Classroom, a donated Silverships landing craft, where an educator from the Mote Marine Laboratory, in Sarasota, taught subjects like math and science from an up close and personal marine theme way.

“We also have juvenile justice, child welfare and educational programs such as helping the students to get their GEDs, if needed. As a result, three out of four kids that get to us and into AMIkids don’t re-offend in a year. Add a vocational component to that and the non-offending rate goes up to 94 percent,” says Mahauad, who adds that it was Licea’s AMIkids dive instructor who hired him to work in the program’s boatyard. 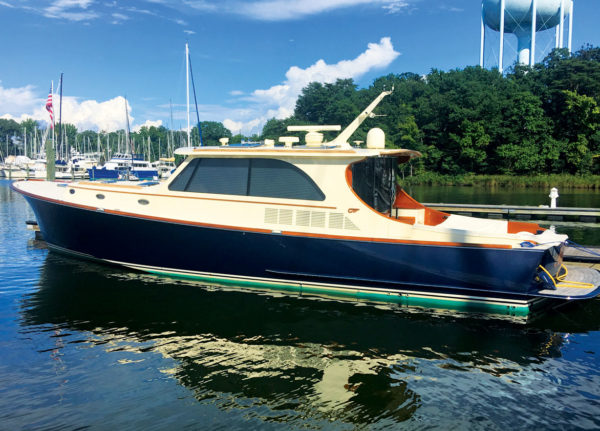 Adequate funding is an integral part of any successful non-profit program. This is especially so for AMIkids, which has now grown to serve over 136,000 kids in 44 programs in 9 states. One of the organization’s central money-raising platforms, in operation since its inception, is yacht donation. This program provides donors with tax incentives, as well as an alternative to the time and expense involved in selling their yachts. This is especially helpful in yachts where sales aren’t as forthcoming as desired and storage, dockage and maintenance costs continually mounts. In turn, AMIkids Yacht Donation Program has nearly a dozen vessels available for lease or purchase. Currently, these include a 2015 48-foot Hinkley power boat, 2004-build 66-foot Oyster cutter and iconic 1963 53-foot Rybovich Yacht Fish. Yacht brokers handle sales and leasing. AMIkids has accepted over 6000 yachts in the last half century. 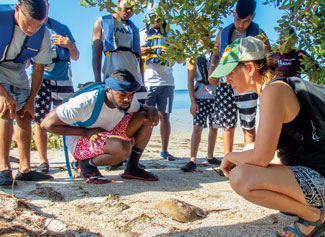 “Two recommendations for those who are considering a yacht donation are to get two professional survey appraisals and to check the status of the non-profit organization you want to donate to,” recommends Hank Halsted, president at Northrop and Johnson, Newport, in Rhode Island, who has handled over half dozen yacht donations for AMIkids. “In all regards, I’ve been consistently impressed with AMIkids. They’ve established the gold standards for a yacht donation program.”

Back at the AMIkids Boatyard, one of Licea’s jobs as a contractor is to help keep the fleet of vessels for sale and lease in excellent condition. “One of the best things I learned in the program as a kid was to do one thing best and stick with it,” he says. “It’s certainly worked for me.”