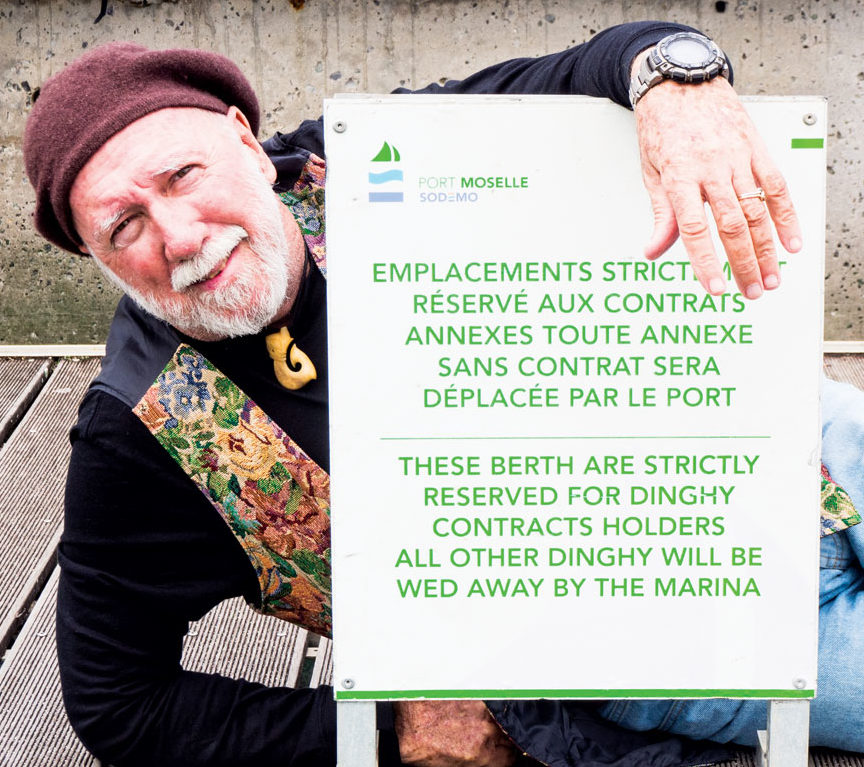 A few decades ago, when I first cruised New Caledonia, it was heaven-amid-the-sea. Less than a thousand miles east of Australia’s Great Barrier Reef, it was seldom visited. Yes, we’re talking about a simpler era in maritime history before cattlemarans and cruising rallies—when just a few very dumb, very poor sailors limped around on tippy monomarans. I know, I know, I’m dating myself. I’m old. I can actually remember sailing aboard a boat with a cockpit not loaded with bright retina screens of over-saturated colors—a vessel with no AIS-type electro stool pigeon to constantly exclaim “here I am, here I am, here I am” to the world.

I’m talking back-in-the-day when the first words out of a sailor’s mouth upon sighting land wasn’t “Who do I pay?” 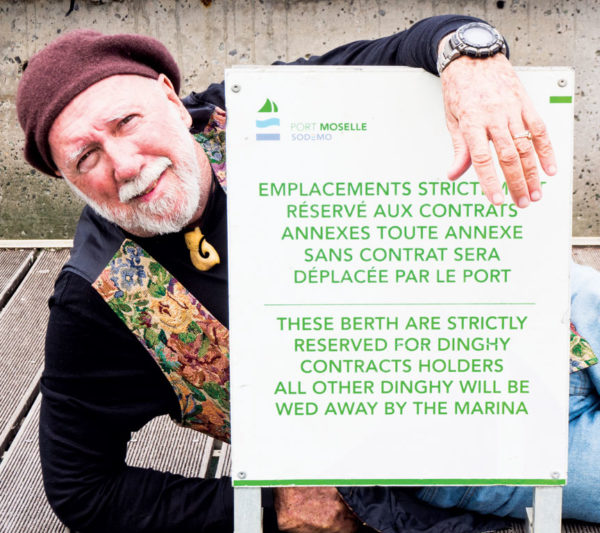 Anyway, the sole marina in Noumea, New Cal’s capitol city, offered a free nights dockage to all new international arrivals. And they were friendly. So friendly, in fact that if you arrived early on the first day and left at dusk on the second, they still kissed both your cheeks while casting you off.

Now, as much as I love and admire the Kiwis and Aussies, they are pastry-challenged. Worse, they can’t make a loaf of bread either. Think British cooking, only with less taste. Anyway, the marina in Noumea was ringed with boulangeries, patissieres, trattorias—and other sinful food hustlers. It’s true—just one ‘free’ day’s dockage used to cost us twenty bucks in pastries, thirty bucks in rotisserie chicken, and fifty bucks in foie gras.

…not to mention the p’tit punches!

So the word got out that Noumea was Fiddler’s Green on earth. I, of course, have a pretty big pen—so I wrote hymns of praise about the local pastry shops—even went on NPR and recommended that Americans retire to Noumea and open up a McDonalds (or whatever it is that Americans do these days—I’ve been gone awhile and have lost touch. Distribute opioids, maybe?).

Well, unfortunately, people listened—wealthy people in particular. Now these ‘new-breed’ cruisers had so much cash that they couldn’t fit it all in a single hull—and egos to match. So they hired yacht designers to make their vessels as wide, high, and multi-layer-cake as possible—regardless of cost. 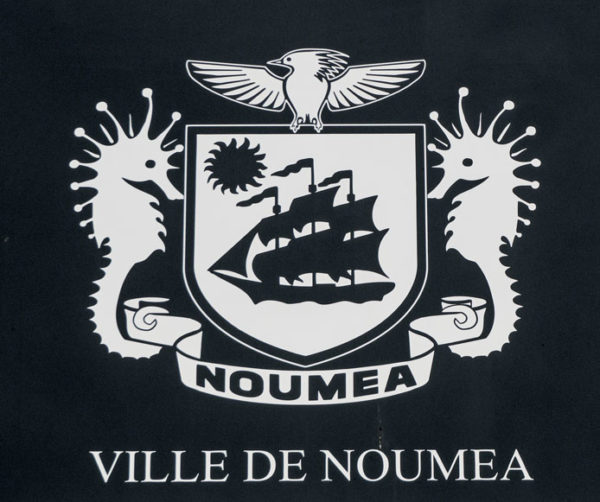 Well, I must say, the designers outdid themselves. They had no shame—I mean, why not have places to connect oxygen masks as the mainsail booms became higher and higher in elevation? If the owner wants to observe nature in its natural state—why not design a center-console dinghy with a 150 hp outboard—and exterior Bose speakers to celebrate bird-nesting reserves by blasting them at full volume with the latest Taylor Swift album? Wouldn’t it be swell to look out tinted portlights at the nearly naked native Kanaks ashore while enjoying onboard air-conditioning. Why not a fume-belching generator in each bow? Why not have boats with topsides so high that the crew shun safety harness and go for small personal parachutes instead?

Now, even stranger, the physical size of the owners grew in relation to their credit card accounts. I’m not body-shaming—I’m just saying. Without having to steer their vessels or lift a sextant or get into a tippy dinghy or even step down onto a dock without an electro-hydraulic gangplank… well, the cash-cows on the cattlemarans lumbered forth like pampered elephants.

The sole marina in New Cal quickly filled up—no more ‘free’ anything (other than jail time if a yachtie was caught ashore without a gold American Express card). New marinas were built as fast as possible, of course—but Noumea, the only harbor with 360 degree weather protection—was miniscule. Soon every inch of waterfront squirmed with Euro-yachties dressed in paisley ascots.

All of which was fine and dandy—French Riviera Style—except that Moselle Bay, where they used to give you a day’s free dockage—now wouldn’t allow us to tie up our dinghy for even two minutes. In fact, we couldn’t rent dinghy dock space by the minute to grab a croissant. We tried and were pounced upon by aggressive local bouncers who wanted to beat the crap out of somebody for stealing their country’s natural resources—and we suntannables were the only obtainable option. (New Cal has extremely valuable reserves of nickel—and the locals can easily see the invaders carrying off mineral wealth aboard heavily-ladened mega-yachts—this has a tendency to tear the social fabric in unpleasant ways).

Nor can you rent dinghy space by the hour. Nor by the day. Not in the main harbor of Port Moselle. Amazing but true. In a town where we once un-reefed our belts, we now lost weight while gazing upon the gluttons ashore.

If you want to tie up your dinghy in New Cal for two minutes in Noumea at Port Moselle to buy a croissant—you now have to pay for a minimum of three days—plus an additional ‘registration’ fee (this is the latest financial absurdity of the modern marina world—charging you an additional fee to stoop to take your money). And you must buy a shiny vinyl sticker for the inside of your dinghy transom…or a big burly guy will ‘wed’ your dinghy to the dock with a huge lock and chain—and it costs more than Parisian hooker to get it released. 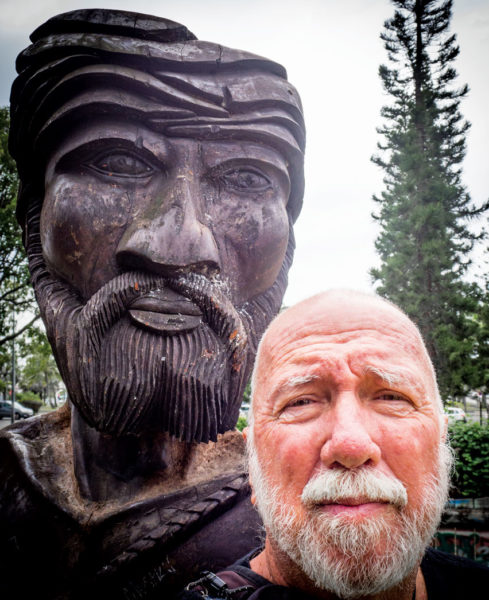 Actually, there was one tiny space on the waterfront of Port Moselle where we might be able to illegally leave our dinghy for a couple of moments—in front of two long lines of young local men carrying bolt cutters. We thought they were waiting for a ferry. My French, of course, isn’t super schwette—but I knew enough to read the signs—evidently dinghy teefs line up in one place and outboard teefs another.

At least the city fathers are attempting to bring some order to the chaos.

True, you can tie up your dinghy at the Port Pointe Brunelet fuel dock but that costs ten bucks a day and it is an hour’s walk to town. Forget Port Du Sud in Baie de l’Orphlielinat—mean thugs roam the docks in hopes of clubbing defenseless visitors with deadly loaves of stale French bread.

For an hour or two, we thought anchoring in nearby Baie Le Citron was a possibility—hey, we could hire a taxi—but the local water-cops were on us like Gallic-flies-on-blue-cheese.

Please don’t think I’m exaggerating. I am not. At Port Du Sud, Carolyn and I tied up the dinghy and immediately went to the marina office to see if we could pay for our dinghy to stay by the minute, hour, or day. They refused. So, sadly, I told Carolyn that she had to return to Ganesh and pick me up in two hours—I’d wade out from the beach. The manager manage said no, no, no monsieur—I absolutely could not walk the two additional feet onto public land—that I had to return to my dinghy and leave via water, ha-ha!

Then he called security officers to ensure I did exactly that.

Basically, I’ve seen the future and I can’t afford it.