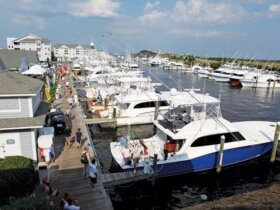 Head’s up!  There is a NEW St Maarten Fishing Tournament with over 5,000 in Prizes

The event is organized in conjunction with the St Maarten Sportfishing Organization and open to everybody.
Registration is on April 12 from 8am-12pm at Island Water World at Bobby’s Marina.Prizes will be given to the winners of: