ALL AT SEAThe Caribbean\'s Waterfront Community
HomeCaribbeanWater, Water Everywhere ... But Please, Not in the Rum
CaribbeanLife

Water, Water Everywhere … But Please, Not in the Rum 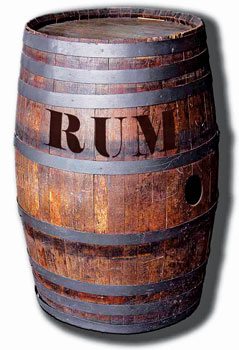 Holiday season is here again and what better place to spend it than in the glorious Caribbean under tropical skies. The decision facing many skippers, private and charter, this year is where to spend Christmas and New Year’s Eve. To make it a little easier to decide and perhaps save onboard arguments in what is the season of good cheer, we have published our Holiday Happenings Guide. This will give you time to plan your festivities well in advance whether you are sailing north or south or staying right where you are. For details, see page 68.

During our years of cruising, the Bahamas counted as one of our favorite places and we visited the area several times, usually while sailing to or from the Caribbean. We saw some remarkable sights in the Bahamas, especially on the uninhabited outer islands where nature rules. We were walking the beach on one island when up ahead a ruckus was taking place on the sand near the waters edge. We approached to within a couple of yards and then stopped to watch. A group of barracuda were chasing a shoal of fish. In order to escape their predators, individual fish launched themselves up the beach by several feet. Undaunted, the barracudas went after them, propelling themselves up the beach before snapping up the fish and wriggling back down the sand into the water. We watched for around 15-minutes until the ‘cudas were sated or there was no prey left. We saw this spectacle on more than one occasion but I have never seen it anywhere else since. I don’t know if cruiser and All At Sea contributor Rosie Burr experienced such unusual behavior in fish while sailing north through the Bahamas, but she has written an informative article about the islands for those thinking of heading that way in the spring. Rosie’s cruising article is on page 64.

For this edition, I sent out a brief questionnaire asking long-term cruisers why they adopted the lifestyle, what they liked about it, what onboard equipment they thought essential and, above all, how they maintain a healthy relationship with their partner in the confines of a small boat. Some of the answers I was expecting and some took me by surprise. This is the first time we have conducted this type of survey, it was fun to do and very informative and you can expect similar surveys in future editions.

RUM! No other drink outdoes it as the sailors tipple. And I admit that I like a drop of rum myself, in fact, I have been known to have more than a drop and suffered the consequences. In the days of fighting sail, men of the Royal Navy quaffed rum in large quantities, pint’s of the stuff, neat too, until in 1740 Admiral Edward Vernon realized too many of his sailors were falling out of the rigging and ordered the daily rum ration to be cut with water. Vernon was fond of wearing a cloak of grogram cloth and was nicknamed Old Grogram or Old Grog. I imagine that Vernon had to put up with a bit of verbal abuse from the sailors after cutting their rum with water and that more than one needed something stronger than the admiral’s watery ‘grog’ after tasting the cat-o-nine-tails. On page 44, rum aficionado Tony Miró lists his Top Ten Caribbean Rums … water is optional.

The team at All At Sea, Caribbean and Southeast, wish everyone fair winds and a happy, safe, and fun Holiday Season.