Water-Proof & Resistant Drones are a Boon To Boaters 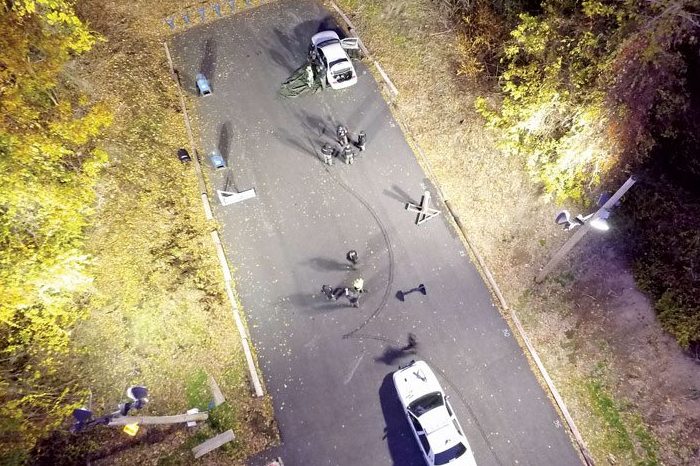 There once was a time when spectacular aerial photos for everything from charter yacht brochures to fishing tournaments or sailing regattas meant hiring a professional photographer and spending hundreds of dollars on helicopter time. No longer. Today, small privately-owned drones, which are remotely-operated or unmanned aerial vehicles, that are equipped with a small camera can take nearly as spectacular still and video photography. What’s more, technological advances have led to drones that can float on the surface of the water and even dive. For anyone who has bought a conventional drone and seen their investment sink after a crash at sea, these new marine-friendly models are a real boon to boaters. 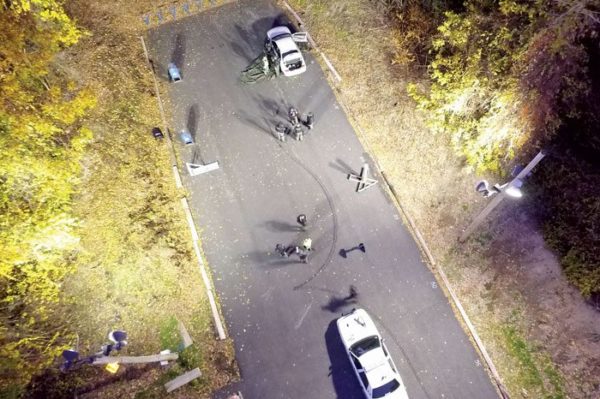 “We have seen an increase over the past few years in in boat owners purchasing drones,” says Nelson Salazar, licensed UAS (unmanned aircraft systems) pilot in business development for Drone Nerds of Pinecrest in Pinecrest, Florida. “We have used the new Power Vision ‘PowerRay’ for scouting before we go spear fishing. This allows our divers to preview what to expect before the dive. Virtual Reality (VR) Goggles enable non-divers on the boat to experience the dive too.”

The PowerRay weighs 8 pounds, can dive to 90 feet and film. A boon to fishermen is that it can also detect fish, calculate their depth, take underwater temperatures and survey the submarine landscape. The submersible camera drone comes with a base station, wireless controller, batteries, battery charger and 64GB memory card. Optional is a 210-foot tether, PowerSeeker Fishfinder and bait drop line, and VR Goggles that work in concert with a smartphone to stream real-time video in 3D from under the sea.

“The PowerRay is also able to capture live video at night with its 450 lumens with dimming control. This is useful when boats run aground or to check props. The diver can plan what tools they may need before entering the water. Boat Surveyors can use the PowerRay to document the vessel below without the additional cost of divers or haul out,” Salazar adds.

The Basics of Onboard Drone Flying

Other recently-introduced water-resistant and waterproof drones are the DJI Matrice 200 Series and Swellpro’s Splash Drone 3, respectively.

“The DJI or Splash Drone product can be used for fishing to set bait and look for fish with ease,” says Jock West, of Aquidneck Island, Rhode Island, who designed and marketed the first water-resistant, floating drone, the seaHEX. “Good drones can also fly ahead to scout marinas or anchorages to locate that night’s mooring. Using a drone for this saves huge amounts of fuel when gunkholing. Charter boats can use a good drone to film their guests enjoying their charter and have a beautiful produced video to hand them when they leave.” 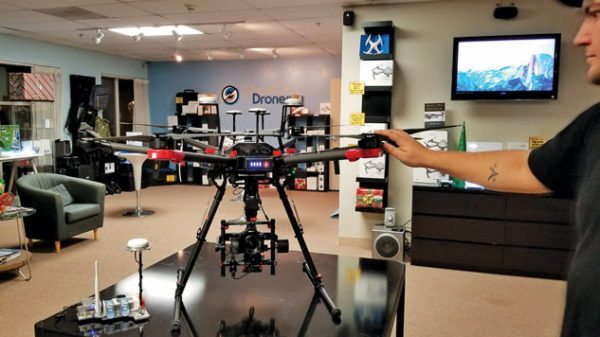 The DJI Matrice drone is water-resistant and supports multiple gimbals (cameras) for inspecting upward, as well as FLIR-brand Infrared and Zoom, according to Chris Williams, an instructor in corporate and educational sales for CloudCity Drones, in Warwick, Rhode Island. This drone has an easy-to-fold and set-up body, specially designed traveling case, and dual batteries that enables up to 38 minutes of flight time.

Splash Drone 3 comes in a fisherman’s model. This, says Alex Rodriguez, founder and chief executive officer of Urban Drones, in Coral Springs, Florida, helps fishermen take their bait our further. The drone’s maximum payload is 2 pounds, meaning that it can carry up to 10 baited hooks at a time. Rodriguez says its even possible to lift a small bass out of the water without using a fishing rod. For bigger catch, the SplashDrone will float back up even if is pulled underwater by a giant tuna.

“Drones range in price from $800 to $4500, depending on the model and extras,” says Rodriguez. “The best way to protect your drone and increase its life expectancy, especially when operating in salt water, is to rinse it with fresh water after use, just like you do your boat.”