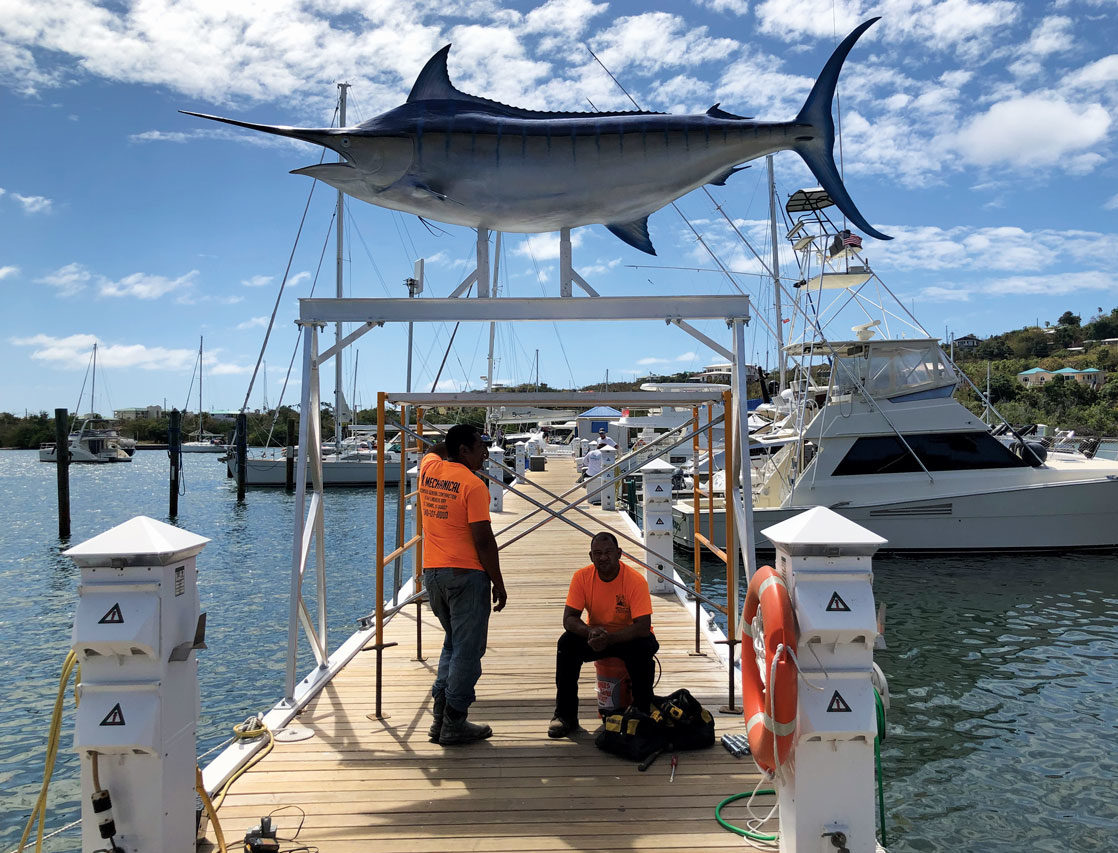 St. Thomas, U.S. Virgin Islands. Spot on starts, successfully managing wind shifts and a solid final day game plan proved the winning combination that led 12-year-old Griggs Diemar, from Miami, Florida, to place first overall at the 27th International Optimist Regatta (IOR), presented by Electronic Merchant Systems (EMS) Virgin Islands, and hosted out of the St. Thomas Yacht Club (STYC), June 14 to 16. Yet it was Diemar’s game plan, or knowing exactly where he needed to finish in terms of the whole fleet as well as individual sailors, that figured strongly into his win especially in today’s final two races in the Championship Fleet.

“I knew we were only going to do two races today. So, that meant in one of those two I needed to finish in the top 5 and be 1-point ahead of Richard (Schultheis, from St. Paul’s Bay, Malta). “I accomplished that in the first, which meant I technically didn’t have to sail the last race in order to win,” says Diemar, who represents Coral Reef Yacht Club, in Miami, Florida, USA.

In terms of overall strategy, Diemar, who scored 7 first place finishes in 10 races over the three-day regatta and against 78 fellow sailors in the Championship Fleet, says, “There are big and long oscillations (wind shifts) here. I focused on being on every osculation and having good starts. At every start, I tried to either be on an osculation and keep going or be able to immediately tack over and get the next osculation.”

Meanwhile, it was 14-year-old Schultheis, sailing for the Malta Young Sailors Club, who finished second overall, six points behind Diemar, and first in the 13- to 15-year-old Red Fleet.

“I tried to sail all the races normally, like I usually do, without really focusing on any one sailor,” says the Malta sailor, who has an impressive resume of past wins in the 8-foot, single sail, single-handed Optimist dinghy. “What I really like about racing here is that there are bigger waves than I’m used to. That’s why I wanted to come. I understand the conditions here are similar to the ones in Antigua, where the Worlds (Optimist World Championships) take place next month. Also, I like that after the competition on the water, it’s fun to spend time on land with the other sailors.” 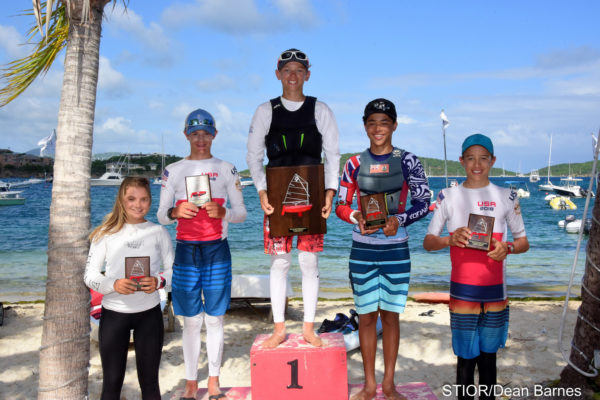 “Consistency,” says 12-year-old Krygsveld, in answer to the secret behind his success. “I always try to sail against the wind. In the morning it was lighter and in the afternoon the wind picked up and I was ready for that.”

Krygsveld, along with Winn Majette and Alejo Di Blasi from St. John, and Milo Miller and JJ Klemplen from St. Croix, will represent the territory in the Optimist World Championships in Antigua, July 6 to 16.

Majette, who ended sixth overall and fourth in the 13- to 15-year-old Red Fleet, finished the IOR/EMS’ as the top female sailor.

“Starting at the favored end and protecting the left side of the course was my main goal,” says 14-year-old Majette. “The starts were especially fun for me. That is, being on the start line next to the best U.S. sailors.”

Rounding out the Championship Fleet, Miles Julien of Delray Beach, Florida, USA, topped the age 10- and under White Fleet.

“I didn’t focus on the result,” says 10-year-old Julien, who sails for the Coral Reef Yacht Club, in Miami. “There were a lot of older kids and it was intimidating. But I got into the groove after the first race. The first two days the wind was more on the left side and today it was on the right, so I just tried to follow the wind.”

Meanwhile, it was Julien’s 8-year-old brother, Charles Julien, who won the Beginner Green Fleet, topping 21 other sailors after 19 races.

“My brother sailed here two years ago and I wanted to too,” says Julien. “What I really liked here was the weather and the wind.”

In other awards, it was the USVI’s Krygsveld, who earned the Chuck Fuller Sportsmanship Award, while it was Puerto Rico’s Alejandro Ferrer, who was presented with the Pete Ives Award, given for a combination of sailing prowess, sportsmanship, determination and good attitude both on and off the water.

“The competition was tight, especially with the USA team leading and USVI, Malta and Bermuda right behind in the fight,” says Diana Emmanuelli, the IOR/EMS’ principal race officer. “We had steady consistent winds the entire weekend and sailors hungry to start racing every day. This is always an amazing event. This year, the competition was even more amazing because of the number of international sailors that attended.”

“We at EMS Virgin Islands, sponsor and presenter of the International Optimist Regatta, would like to thank each and every competitor traveling from 12 nations around the world for helping to make the 2019 event one of the best,” says Cobia Fagan, whose 9-year-old son, Coby, participated in the regatta for his third year and finished fourth in White Fleet. “The caliber of the sailors was unparalleled and the performance of race committee, volunteers and organizers was amazing and we couldn’t ask for better conditions. We look forward to the 2020 International Optimist Regatta!”

The VIPCA first Spring Yacht Show, will showcase USVI-based crewed charter yachts to brokers as well as the beautiful waterfront