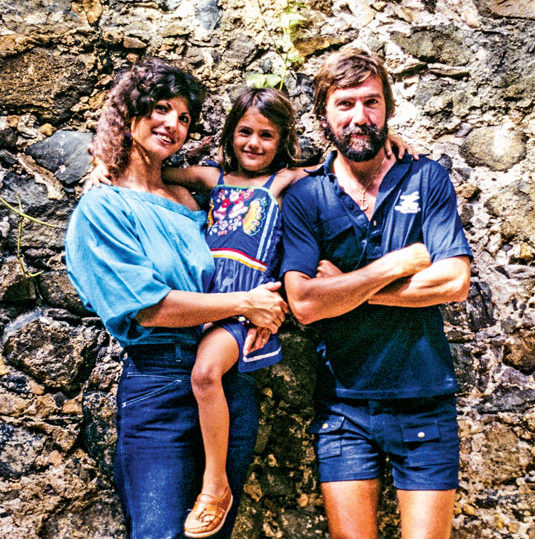 After 59 years of living aboard, my favorite cruiser type is Frugal Freddy—a sailor so cheap he squeaks. You know the type of sailor I’m talking about—he bends over an odiferous, poop-smeared shipyard dumpster to retrieve a rusty can of imitation WD-40 with one squirt left—while yelling at the top of his lungs, “Treasure! I’ve found treasure!”

You might have met this Jack-O-Lantern-type—cruising sailors too cheap to visit dentists ashore and instead tie a kite string to the end of his boom and yell, “Jibe ho!”

Never get downwind of a dude on a dinghy docks if he’s yelling, “Soap? That’s what makes Caribbean cruising so darn expensive!”

Yes, it is best to avoid yachties whose Topsiders smell like blue cheese in the mouth of a dead rat.

True, nobody likes to waste money—but chopping up your used Manila dock lines in order to carry one less roll of TP aboard seems… extreme, right?

Stop Yelling at Me! 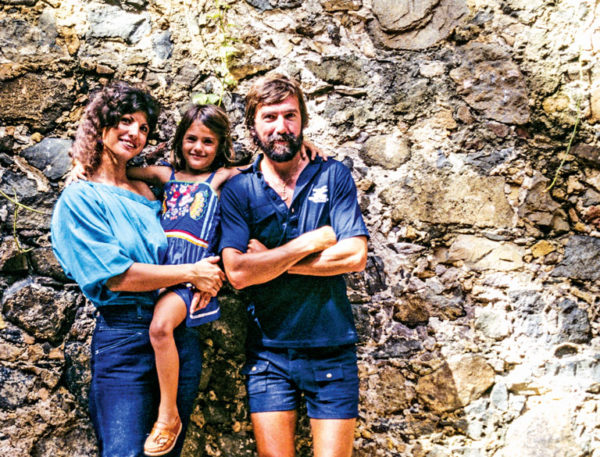 You know the kind of light-fingered rock pilot I’m talking about—he wears his foul weather jacket in the buffet line at the yacht club because it has large pockets. At McDonald’s he takes extra packets of ketchup in case he comes across some (free) hot water to make tomato soup with. If he’s flying into a regatta and there’s a pay toilet at the airport he will either 1.) climb over the stall, 2.) crawl under the stall, 3.) bring a hose coiled around his waist to snake into the stall, or just 4.) throw up in the sink.

Let’s be honest—we’ve all seen sailors at Budget Marine and Island Water World asking the cashier if they’ll knock off a few pennies if they don’t request a receipt.

I’m talking about a confirmed penny-pinching Jack Tarr—a yachtie who suspiciously asks Saint Peter at the Pearly Gates, “How much, U.S?”

That’s right. A seaman who squeezes his pennies so hard that Abe Lincoln weeps—a guy who claims to be too broke to give you the time of day. Yeah, a guy so chintzy he has pet names for the smooth pennies wearing holes in his regularly-mended pocket.

…who shows his yacht club card on the passage across the River Styx in hopes of getting a 10% discount.

What is it about sailing and sailboats that attract such skinflints?

Squeezing the Last Few Inches Out of Your White Floppy Things

Some of the worst offenders are quite wealthy—sailing tightwads who buy mega-yachts to sail to Haiti, anchor off Potta Potti, and smoke expensive cigars while complaining that it’s too expensive to go ashore.

The kind of cheapskate that—if a fly lands in his rum drink, he retrieves the fly and yells, “Spit it out, damn it—spit it out!”

Most of these marine misers are so broke they can’t afford to smile.

You can discover one of their vessels at a glance—it is the one anchored just outside the marina with an anchor rode that consists of tied-together, heavily-chafed halyards. The only thing keeping it together is the roaches holding hands. His topsides have more battle scars than Charles Bukowski face, his sails have more holes than OJ’s alibi, and his deck has more leaks than the White House.

Yeah, him—the guy with morals as loose as his hose-clamped-together rigging wire. The mariner who is a heavy drinker and always quick to order another round yet somehow manages to be in the bathroom when the bill arrives. 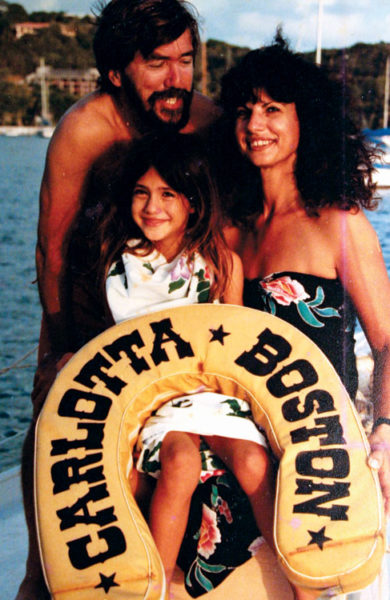 …the kind of single-hander who sails to Thailand and vehemently argues price with the blind, one-legged, pregnant, 16 year old masseur on the beach. “What?!? 50 cents an hour? Damn, happy-happy was much cheaper during the VietNam war!”

Sure, we all look for a deal—but is buying anchor chain with only a few rusty links in the middle really advisable? Life rafts with only tiny holes in the Hypalon? Out-of-date AIS MOB units that are kerosene-fired?

Yes, we’ve all met Frugal Fred. He lives aboard a catamaran with hulls of different sizes because it used to be a trimaran and he got it cheap after one ama sheared off during a Cape Horn rounding. “Didn’t need it anyway!” he laughs, “and we saved nearly a grand over transiting the Panama Canal!”

You know the tightfisted guy I’m talking about—he wears a tee-shirt with a dive flag on a front and DUMPSTER DIVER on the back. Recently I visited a boat in Nuku’alofa, Tonga, that contained one copy of each of my books—long overdue from libraries all over the world.

Many of these guys are delusional—I mean pulling into a modern marina aboard an ancient OutHouse 41 named Morgan 21 isn’t going to save you 50 percent per month—unless the dockmaster is Helen Keller. Or Ray Charles. Or Stevie Wonder.

I wish I had a nickel for all the times I’ve walked into a shipyard office and heard a fellow yachtie screaming, “But I thought it was waterline length, dude!” Yeah, and have you ever noticed how much weight boats tend to lose in countries that charge by the gross ton?

Some of these cheater guys aren’t too imaginative. I mean, everyone’s proof-of-insurance photocopy on file in the marina office can’t be Acme Marine Insurance, 123 River St, AnyTown, USA, right? And why is there no email address for queries on the form? Or telephone numbers? Odd!

Why, exactly, is the most common, most oft-heard phrase used by sea gypsies, “Will you take a check?”

Contrast this to the generous sportfishing skipper who regularly stumbled onto the dock yelling, “Who do I pay? How much should I tip? Where can I buy Old Spice deodorant? Toothpaste? A Bic razor?”

Then contrast that behavior to the average empty-pocketed blowboater who is, according to reliable sources within the Grim Reaper community, “a total deadbeat!”