The Fun of Flotilla Sailing 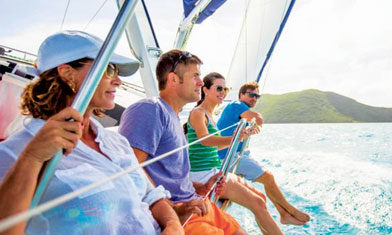 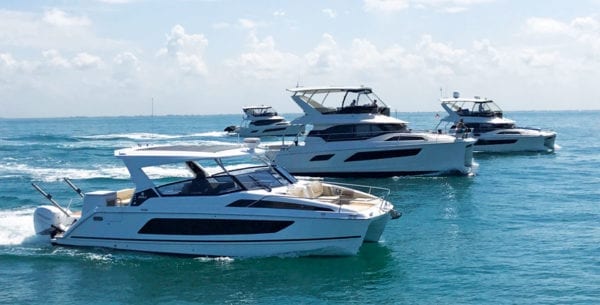 Cruise in company. See the world. Leave the planning to someone else. This is what several Florida-based sail charter companies offer on a flotilla vacation. These types of sailing adventures aren’t new. In fact, one of the world’s first took place in 1972 when Steve and Doris Colgate, owners of the Fort Meyers, FL-headquartered Offshore Sailing School, led 36 participants on six identical Moorings boats on a week’s sail through the British Virgin Islands. There’s no doubt that flotillas remain popular today. For one, the Colgate’s will celebrate their school’s 55th anniversary in 2019 by running six flotillas spanning from the Caribbean to Croatia between February and September. Secondly, other major charter companies such as MarineMax and Sunsail have come onboard by offering flotillas too. 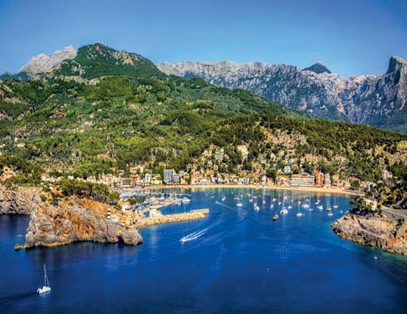 “The idea for flotillas started when a friend asked Doris, ‘Now that you’ve taught all these people, what are you going to do to keep them sailing?” says Steve Colgate. “At that time, if you wanted to charter 4 or 5 yachts, you had to do so with all different owners with different requirements. Then, the Moorings started a six-boat fleet of 35-foot Pearsons in the British Virgin Islands. Identical, well-maintained yachts are important to the success of a flotilla. So, we took the risk out of finding a boat, preplanned the logistics, and started offering our graduates a facilitated or hosted sailing vacation for one set per person price.”

A flotilla is thus a fleet of boats or in the case of charter a group of boats that are sharing the same itinerary. It is typically led by an expert of the waters that are being cruised and this expert guides the rest of the captains and boats. While Offshore Sailing School caters to its graduates, and more recently non-graduates with sailing experience, MarineMax Vacations, based in Clearwater, FL, hosts flotillas for people who have purchased boats through the company’s stores.

“Our owners Getaways! are similar to a flotilla in that we take a group of our owners on their boats for long weekend trips or week-long trips to places like the Florida Keys or Bahamas,” says manager Amanda Ward. “Our stores also take their owners to the British Virgin Islands on what we call a Changes in Latitudes Getaway!. They leave their boats behind and board the power catamarans in our fleet to spend a week together exploring the British Virgin Islands.”

Ward says the company will soon start to host flotillas for anyone, not just MarineMax customers.

“We see this as a great opportunity for people who are new to chartering boats to experience this incredible adventure while knowing they have an experienced captain leading them as well as ready to help and answer their questions. We also think that even experienced charter customers will be interested in flotillas for the camaraderie of being with a group of people that by the end of their trip will be their friends that they have shared memories with,” Ward says. 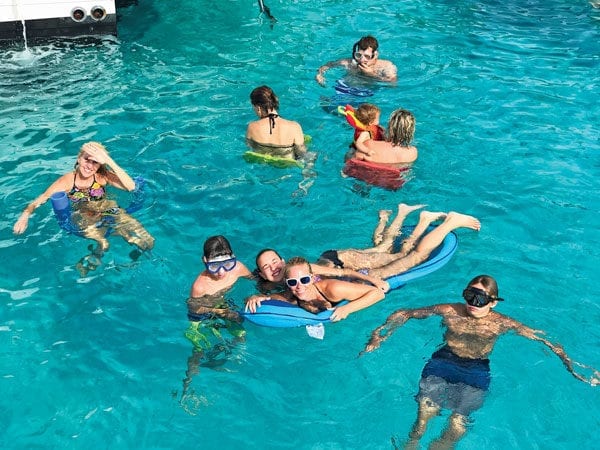 One of the incredible aspects of a flotilla is the chance to see the world. That is, fly into a destination, board a boat and explore under the leadership of a captain familiar with the area on a lead boat. Over the years, the Colgate’s, and more recently Heather and Nate Atwater as well, have led flotillas to destinations such as coastal Maine, the San Juan Islands of the Pacific Northwest, Caribbean’s Windward and Leeward islands, Belize, Spain, France, Tahiti and Tonga.

Sunsail, headquartered in Clearwater, FL, leads flotillas for everyone from new sailors to old salts, groups to couples and families with children. New, the company offers flotillas by the cabin as well as entire yacht. Destinations include Greece, where Sunsail’s originator, the Yacht Cruising Association, pioneered the flotilla concept in Europe in the 1970s. Other destinations include Mallorca, Italy, Croatia and ever popular BVI. 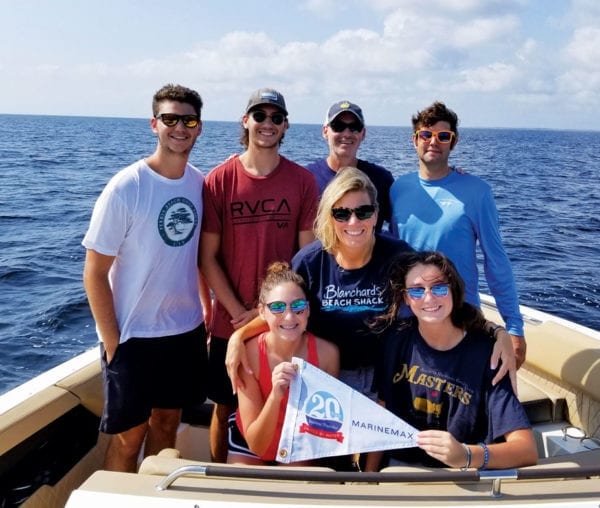 “Many first-time charters or first-timers to a particular destination may feel intimidated. Cruising as part of a flotilla opens up this area for them and makes them feel comfortable enough to perhaps return on their own. Then again, many of our repeat flotilla guests look for somewhere new to explore. That’s why we change the destinations each year. It certainly has kept people sailing,” says Offshore Sailing School’s Colgate.