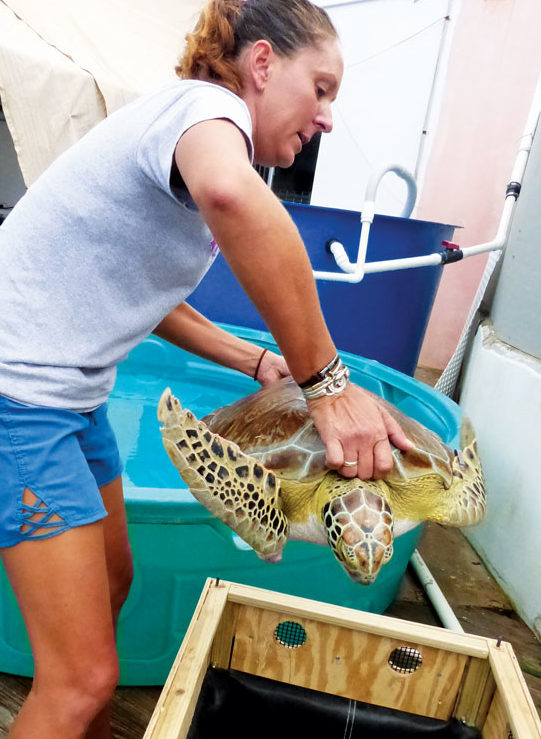 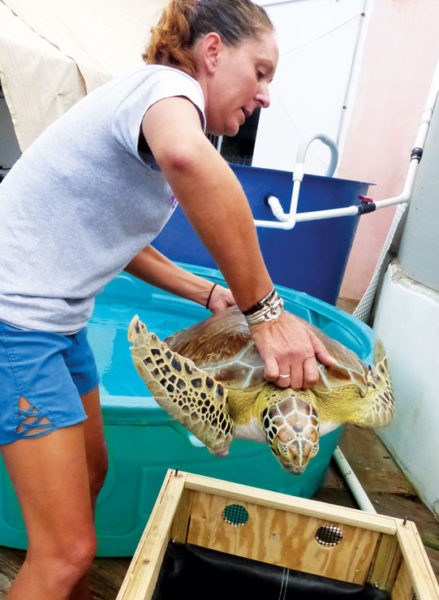 A young green sea turtle will live to swim another day in the wilds of the Caribbean Sea thanks to the collective efforts of several individuals, organizations and even an airline. In early September, five months after it was rescued from the bottom of steep cliffs on St. Thomas with potentially life-threatening predator injuries and rehabilitated at the Turtle Hospital in the Florida Keys, Khepri –  was fittingly named after the Egyptian god who represents sunrise and new life – was flown back to the island. After touchdown, Khepri was held overnight at the Coral World Ocean Park for observation, then released back to the sea with representatives from Coral World, the Turtle Hospital and American Airlines on hand.

“We are thrilled that we were able to help save this turtle,” says Lee Kellar, general curator of Coral World. “Our mission is to educate the public about conservation of our ocean resources and to participate in rescue and rehabilitation. Returning Khepri to his ocean home symbolizes our commitment.” coralworldvi.com