Progress in Paradise, Sort Of… 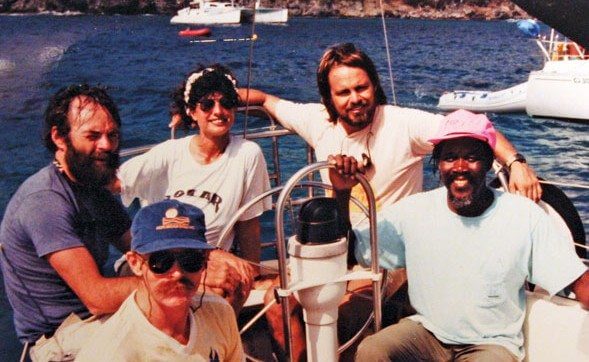 Once upon a time there was a large empty bay in the Caribbean called Nirvana Bay. There were a dozen local fishing vessels pulled up on the beach, some trash, a couple of squatters’ shacks—and not much else. It was quiet. Nothing important happened. There were no businesses. Nobody was making any money. But the West Indians who lived around the bay were laid-back and very welcoming—and soon a few international cruising vessels pulled in. One or two started headquartering out of the bay—as it was huge and very pleasant. Nobody noticed it happening, but the bay gradually became sort of a harbor—you know, a place where passing yachts regularly dropped the hook.

Each evening, some of the yachties would row ashore to share their sundowners with the local fishermen. Their laughter would gently waft across the still water. One recently arrived boat had a guitarist aboard. His playing was awful but his wife was a songbird—and they, too, started to come ashore each evening.

Occasionally, some of the boaters would invite the locals to a “potluck dinner” on the beach on a Saturday afternoon. Oh, how the laughing West Indian kids loved skylarking on the beach as their parents checked the level of their own rum drinks.