On Ditty Bags & Other Cherished Memories 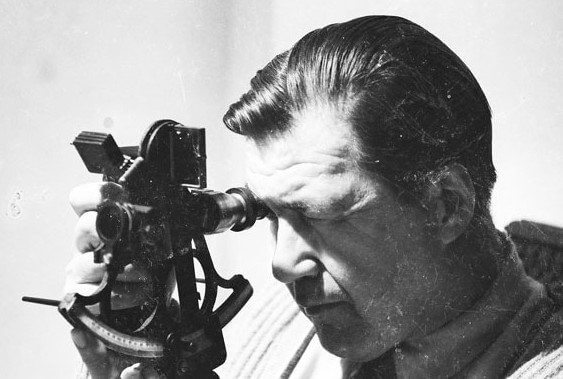 When I was a young man growing up on the schooner Elizabeth, my father carried a ditty bag. It was full of ‘small stuff’ (a common shipboard term used to describe the waxed twine, small strings, tiny cords, and stray ropes used in everyday marlinspikemanship). It also contained his cherished wood, steel, and bronze marlinspikes. Back then, every sailor ‘worth his salt’ had a ditty bag. It was their badge of honor. You could judge a sailor by the state of his bag and its contents. My father’s was weathered, handsewn & hard-used, with honest hemp grommets, and had his initials embroidered in faded blue. It was finished off with a fancy braided handle and a top knot so complex as to be utterly unfathomable. It was also filled with small mechanical mysteries galore: a pug-nosed sheath knife, a ball of beeswax, a vial of curved sail needles, a jar of lanolin, some rusty pliers, a small block of hardwood, a miniature caulking mallet, a yard of tarred marlin (sweet with the smell of kerosene), a small square of Egyptian cotton, a piece of charcoal, a couple of fish hooks, and bits of a splintered yard stick.

I often played with it (under his watchful eye) as he tucked a back splice into our anchor rode or wormed-and-parceled a chafing staysail sheet. I distinctly remember the first time he allowed me to use his ditty bag alone. We were in Carrabelle, Fla. I must have been seven years old or so. I was making my mother a duster for her coal-fired Shipmate stove, using a bit of discard manilla line and Ashley’s Book of Knots.

He came on a deck a few times as I worked, and pretended not to notice me and my project. But I could tell—he was beaming with pride.

His ditty bag became his personal icon—an enduring and endearing symbol of his bygone Great Age of Sail. Often, in old sepia photos of him on the bridge of a WWII ship or at the helm of a Blue Nose look-alike off the South American Coast, there would be his trusty ditty bag in the background.

We Goodlanders knew in case of fire, collision, or sinking—that he’d grabbed the ditty bag along with the liferaft. Sure, the boats changed: Dorothea morphed into Friendship which grew into the Elizabeth and shrank down to Panique and finally Miss Marie—but the ditty bag somehow endured, evolved, and continued on.

Occasionally it would sport a new handle—screaming out with shininess. The cotton fabric had patch upon patch—but it, too, would be occasionally renewed by the soft cloth of an old dinghy sail pulled from the waterfront garbage pile.

My favorite part of this renewal process was watching him make the grommets. He’d take a small piece of three strand, unlay it nonchalantly with a calloused hand, chop it cleanly (chopping was cleaner than cutting with the blade) to length, and then deftly relay it into a circle… a perfect endless circle… as if performing a slow motion magic trick. (The circle of rope was then sewn tightly onto the cotton fabric, making the grommet.)

His fingers were both long and blunt, with neatly trimmed nails. He had callouses on both his palms and fingers. Many. Some were huge. It seemed like he was playing a musical instrument as he worked—his fingers as fluid as musical notes. His strong hands danced. They held immense power; they offered infinite safety. To look at his hands was to see faded images of Noah, Ulysses, and Joshua Slocum.

How does a boy become a man, save by walking in the (watery) footsteps of his father? I remember his writing for Yachting magazine—a lovely story about ‘rude’ lifeboat navigation, using body parts in place of a sextant to measure altitude—hunched over his log page, shimmering in the flickering of a kerosene lamp in the Elizabeth’s forecastle. (I have his faded letter-of-acceptance tucked beside my own.)

It is the ordinary stuff that defines a childhood. Recently I wrote a story on these very pages whic h mentioned his wood plane—and a kind reader of All At Sea took the time to pen me a long, lyrical missive about how his father, too, would never allow his block plane to rest on its heel, only on its side.

This common practice makes sense. It protects the blade. Everyone knew it back when, and yet almost nobody knows it today. Worse, modern sailors ask me what-in-the-hell I’d be doing with three planes, a dozen chisels, one slick, a bit-and-brace, a router, and four hand saws—on a fiberglass boat.

It is hard to explain rationally—that these tools are who I am, where I came from, and have been reverently handed down to me by James Cook, Bligh, and Magellan.

Back in the day, when my father scampered barefoot around the shipyard, every man was his own expert. Everyone had some brain and everyone had some brawn, and that combo was usually enough. Nobody had ‘the proper tools’ and even mentioning such a thing amid real working seamen might be considered ‘making excuses’—something utterly frowned upon.

Just as every rancher was part smithy, every sailor was part shipwright.

When we needed a keel, we went to the Chicago dump and lugged back an old porcelain bathtub and a bag of marshmallows. Soon, a roaring fire was going in the dirt of the shipyard—with me handing out twigs of bubbling marshmallows to the passing, kibitzing sailors as my father melted the salvaged lead pigs to pour into the just-finished keel mold.

When I needed a dozen graceful deck beams for
Corina, we built a similar campfire in the dirt—only this time we set a 55 gallon drum of rainwater a’boil, stuck some discarded stove chimney pipe on its rim, draped some rotted canvas to force the steam into the sloping pipes—and then inserted the iron-hard elm beams into the tubes.

About an hour later we withdrew the ‘loosey-goosey’ elm deck beams and C-clamped them onto the nearby deck curvature mould—where the stout elm then returned to its iron stiffness as it cooled—exactly to the gentle arc Howard Chapelle suggested in his American Small Sailing Craft (which I read cover to cover a dozen times during my youth).

…can’t afford a cutlass bearing? Why not butcher up a stern bearing out of Lignum Vitae wood? (One such bearing made ‘just to get through the season’ lasted for over a decade.)

I couldn’t afford the large bronze bolts I needed for
Corina’s massive mast step, so we used 3/8th-inch copper rod with the appropriate washers—and riveted it together with a sledge-and-heavy-backing plate. (Actually, we used a CQR anchor as the backing plate to pound against, and we estimated our fastening’s tightness by sound; the higher the note, the tighter bolt. “You can snap ‘em,” my father said in warning, “They’ll tighten up that much.” Hint: rod length is critical. They won’t properly tighten if too short or long.)

There were neither swage fittings nor Staylocs back then—but every smiling rigger and sailmaker was willing to lend you his portable rigging vise (like a three-legged C-clamp to hold the wire).

…sure, our hands looked like we’d stuck ‘em in a meat grinder afterwards, but our whisker and bobstays never failed and cost us almost nothing.

When I first saw the initials DIY, I thought, “…well, who else would do it?”

I gutted the entire interior and rebuilt Wild Card, our Hughes 38, at anchor—almost totally without power tools. Just before our first circumnavigation in 1999, my pockets were empty but my dreams were huge—and I would not be deterred. Thus, I pulled our mast by slyly sliding in between two large fully-crewed charter boats anchored in Hurricane Hole (the Hinckley Skeets and the custom Little Harbor Tala) and shaming their rum-swilling crews into manning the halyards. (It was the gentlest and most controlled lowering of a spar imaginable.)

But time marches on. Now I hold an ohm meter in my hand more often than a wood plane. My skills as a seam caulker, Morse code operator, and celestial navigator are useless. Nobody cares that I can tie a tugboat bowline in a fraction of a nano-second, in the pitch-black, while blind drunk. It’s a New World now. We’ve been NEMA-ized. We left our rusting adze aboard the Elizabeth back in 1964. In the middle of our second circumnavigation aboard Wild Card, I lost track of my cherished drawspoke, a long-lasting physical talisman of my boatbuilding youth. Everything changes: everything evolves. We have to learn to let go—and to move on. Reality is harsh: wooden boats and people who sailed them rot. Everything rots.

Without rot, time would not exist and life would have no meaning.

Somewhere during my father’s transition to the Last Cruise—his ditty bag disappeared. It was lost in transit, forgotten during a vagrant windshift, or misplaced during an unexpected jibe.

“Where’s my ditty bag,” he cried, the panic and tears very close now.

My wife Carolyn is very wise. She says little; does a lot. She made him—completely crafted by hand in the traditional manner—a new ditty bag. It was an exact copy from all the old photos and family lore handed down to her over the generations. In each careful hand stitch, she stitched in a little love, a little respect, a little admiration. We’re not sure if, when my sister Gale presented it to him, he knew it was new or old or what—only that he tucked it firmly under his thin, bed-ridden arm, set his quivering chin in fierce determination, asked softly “Who is skipper here?” and died.

Bio note: Cap’n Fatty and Carolyn are currently anchored up a river in the jungles of Indonesia.