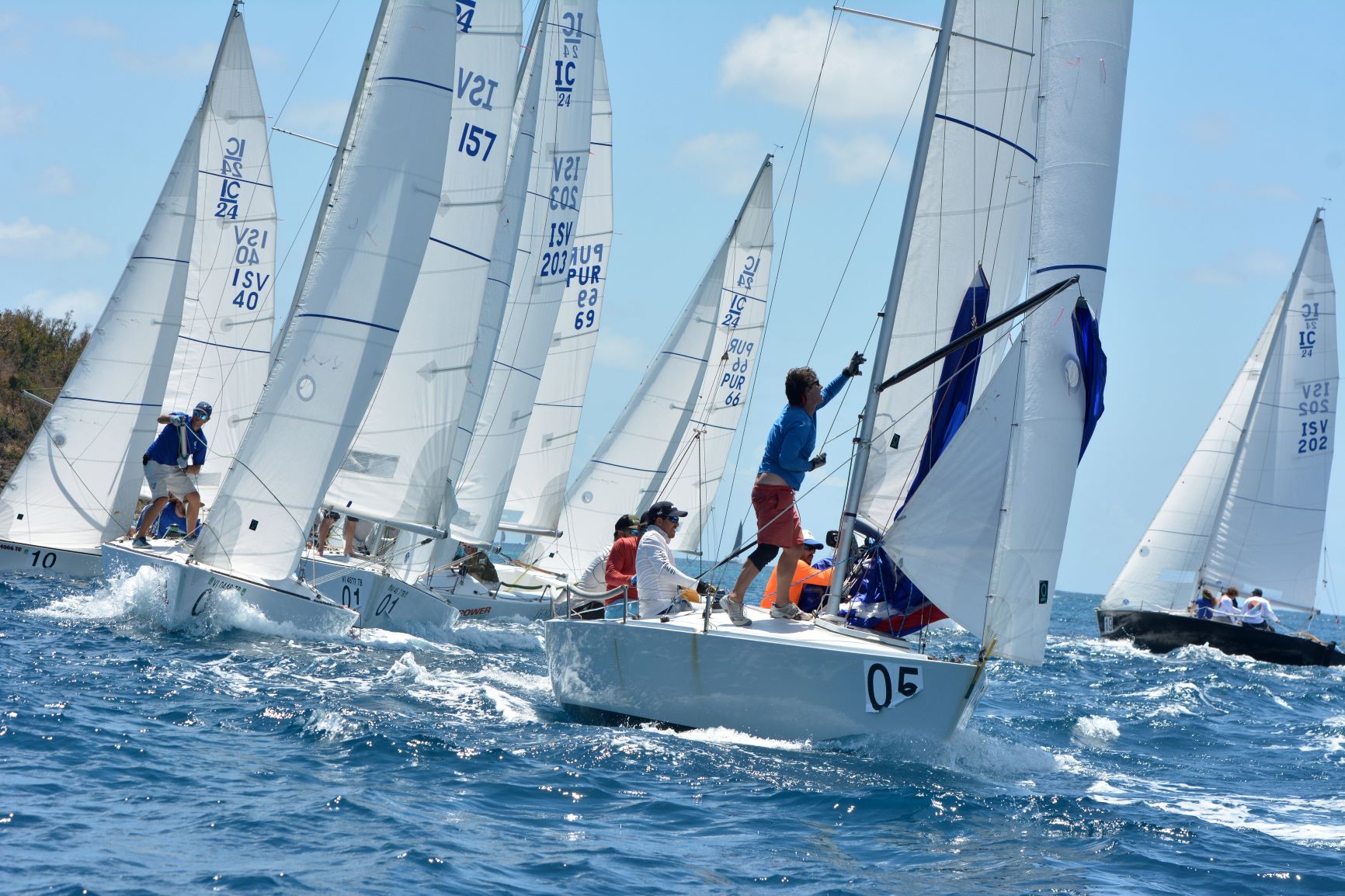 St. Thomas’ Ian Barrows is only 13 years old, but he’s already making big waves in the international sailing world. A family legacy, practiced proficiency and keen concentration in the heat of competition are a few of the keys to this U.S. Virgin Islands junior sailor’s phenomenal success and incredible potential.

“My grandfather and great-grandfather both raced sailboats off of Marblehead, Massachusetts,” says Shep Barrows, Ian’s father. “I remember racing aboard my grandfather’s 61-foot sailboat when I was about three to four years old. He passed away when I was 13 and my grandmother bought a 36-footer. We raced that and I continued to sail all through college.”

It was in college that Shep met Jean Barrows, Ian’s mother. After graduation and marriage, the two sailed to the Caribbean where they lived aboard their 32-foot sailboat, Restless, for five years.

The Barrows moved ashore a few years before their son Thomas, now age 20 and captain of the Yale University Sailing Team, was born.

“We sold Restless six months prior to Hurricane Hugo, so we lucked out there,” says Shep.  A few years later, Shep partnered in the purchase of a J/29 and actively raced out of the St. Thomas Yacht Club (STYC) until Hurricane Marilyn in 1995 effectively wiped out the J/29 fleet.

“I brought Thomas out with us on the J/29 when he turned six,” says Shep. “We’d go over to St. Croix and the BVIs to race. After a race, we’d let Thomas steer on the way back in.”  Thomas started sailing lessons at age eight and raced Optimists until he grew too big for the boat at age 14. It was during these years that Ian would tag along and watch his brother sail.

“If it wasn’t for my brother, I probably wouldn’t have started sailing. He really encouraged me,” says Ian, who started Optimist sailing at the even younger age of five.

Shep served as the STYC’s director of junior sailing in 1997 and started two annual regattas, one in honor of Martin Luther King’s birthday in January and the other held over Columbus Day in October. “In addition to lessons, we needed to have more going on for the kids,” Shep says.

It was in these small club races that Ian got his start at age eight, moving on to larger local races such as the Scotiabank International Optimist Regatta where he has achieved a top five fleet finish each year he has raced.

At the same time, Ian, following in Thomas’ footsteps, would visit Marblehead during the summers to take classes and coaching at Pleon Yacht Club. One of Ian’s first large-scale sailing successes was at the Optimist New England Championships, where he finished ninth in a 300-plus-boat fleet full of depth and talent.

For example, he was the first Virgin Islands’ Optimist sailor to break into the top 100 at a World’s level competition, finishing 61st out of 228 sailors at the 2006 Optimist World Championships in Uruguay. This feat he would beat the following year in Sardinia, where he finished 12th out of 251 competitors at the 2007 Optimist World Championships. Most recently, Ian won the Optimist South American Championships in March in Peru, again a spectacular and unprecedented finish by the Virgin Islands junior sailor.

“Ian is really athletic. He a top soccer player and he’s comfortable on the water,” says Shep. “We made sure when he was little that he didn’t have any bad experiences. We kept it fun so he wouldn’t get scared.”

What is the secret to Ian’s success? “The tougher the regatta the better,” says Shep. “He concentrates more that way. He’d really like to one day beat his brother.”