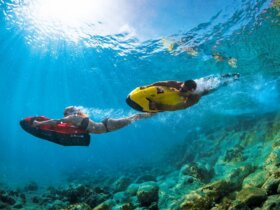 Just the other day I was sitting on the balcony outside Lord Jim’s Locker overlooking Falmouth Harbour. We were in the middle of a tropical wave which had taken the wind all around the clock and brought the clouds half way down the mountains on the west side of Falmouth. It rather reminded me of one of my first sails on Commander Nicholson’s old schooner Mollihawk shortly after I arrived from England in 1957.

I knew that we would never have to put up with fog here in the islands of the West Indies but something seemed to have gone wrong on this particular day so many years ago. I was sailing in from Deshayes Bay in Guadeloupe when my Antiguan crew pointed out that the island of Antigua had completely disappeared.  Now, when you are not ready for something to happen, it’s harder to deal with. Suddenly, the entrance to English Harbour and the hills on either side of it were no longer visible. To this day I cannot say if it was fog or very low clouds but the end result was the same and we were sailing into a great grey blanket.

Warnford Sebastian, his brother Jonas, and Alpha LeBlanc were as surprised as I was . All three were Antiguan born and had been sailing with the Nicholson family on Mollihawk for a long time. The wind was about 15 to 16 knots from the east and I realized rather rapidly that the big schooner was nosing into absolutely nothing. Somewhere ahead we could hear the almost ever-present waves rumble and thunder on the rocks below Shirely Heights.  My three crew had never seen anything like this before in the islands and nobody I had met in the six months or so ever spoke about a complete breakdown in visibility. But this was a pea souper, every bit as bad as that which I had had in the English Channel.

One by one the sails came down, leaving only the main staysail in the centre of the ship counteracting the rolling. So, I called English Harbour on the radio and when Desmond Nicholson and the Commander answered, I remember asking what on earth we should do next—as there was nothing like radar on the ship. In rather jolly tones, the Commander answered.  “You’ve got what, old boy?” said he.

“I am right outside English Harbour,” I replied on the radio, trying to hide a rising degree of alarm, “and I can hardly see the end of the bowsprit.”  There was a moment’s silence from English Harbour, then the Commander said, “Turn round and sail back the way you came on a reciprocal course.” So back we went toward Guadeloupe. Then Desmond came on the airways. “Hello, Jol, I am in Viking’s dinghy with a hand held radio trying to see if I can find you.”

This game of cat and mouse carried on for about another 20 minutes when suddenly, the visibility improved no end, and Desmond was only about a hundred feet behind us in his borrowed dinghy. He came along side and appeared very relieved to climb aboard. “Now what?” said I.   “Well,” said Desmond, “We will just have to stay where we are until it clears some more,” which, of course, it did and suddenly English Harbour appeared. When we got in just before dark, the Commander met us on the dock outside the old Pay Office where he lived with his wife Emmy. With a perfectly straight face Commander Vernon Nicholson, who, I may say, had become  a stand-in for my father in a very short time, boomed at me, “Jol, old boy, this NEVER HAPPENED!”  And, do you know, I have never mentioned this before.

Anyway, what is true and has happened inside the last couple of weeks is that Andrew Dove, area manager of North Sails Caribbean, has a partnership agreement with Antigua Sails to run the sail loft as a North Sails Service Centre.  As of October 1st, Andrew will be able to discuss new sails for any type of sailing vessel right here in English Harbour, Antigua.  Graham and Rena will still handle all the awning and canvas work while Andrew will take over all sail repairs and new sail orders. Judy and I, Kerryann, and Ian are, of course, still involved at Lord Jim’s Locker and Nicholson Yacht Sales as we have been for the last 30 years. So a big welcome to North Sails Antigua.